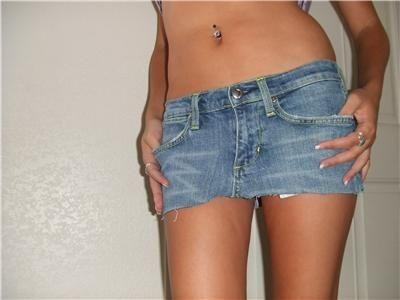 I decided to change gardeners. The man who had been doing my small property didn't want to do it my way, no matter what I told him. A couple of weeks had gone buy since his final visit and the grass was scraggly and the bushes going wild. And the weeds! Oh, the damn weeds!

Like most people who work the hours I do and who have no lawn care equipment, I needed help. A man and his family did a yard about six houses west of me and their yard always looked great. I caught him driving away from that job one day and asked him if he could possibly do my yards. Almost immediately that I approached his truck I had misgivings. He spoke limited English and was sharing a very crowded little half-ton Toyota truck with his wife, three kids and a baby of about two years. But he said he could do the yards right then, and I was a tad desperate. He walked around the property with me while I gave him an idea of what I wished. He said $40 and I agreed. His wife and oldest daughter got out of the truck, followed by a slightly younger sister, a younger boy and the two-year-old. They hit my place like a herd of ants. In about 40 minutes everything was done perfectly and the place had never looked so good! I gratefully paid him $50 instead and asked if he could possibly take care of the property on a weekly basis.

Over the next few months I paid more attention to Gilberto and his family. Gilberto and I talked some and I got to where I could more easily understand him, and I found that the daughters and son spoke English well and could translate anything Gilberto and I had difficulty with. This interaction caused me to more carefully notice the daughters, who were 14 and 11. Yurenka, the oldest, was a very nice looking early teen, as was her younger brother. Milla, the young one, was plainer looking, but was coming along. They lived about fifteen blocks south of me. Each week when they arrived to do the yards there was a little ritual performed: Gilberto got the heavier equipment out of the truck while the son got the lighter stuff out. Mrs. Gilberto took the clippers and started on the bushes. The baby ran errands and played in the grass. Gilberto began edging. And Yurenka opened the gate to the back yard to get the “green stuff” plastic barrel to take out front. Yet, she always looked in the blue recycle barrel on her way to the green one. Only the gray trash barrel was ignored, usually. Every now and again I put some old appliance or magazines in the blue one and she culled through them. One day I had put a couple of old Hustler magazines out there, mixed with the previous Sunday's paper and junk mail. I know she took one because I passed the window by the washer/dryer just as she lowered the blue lid and I immediately remembered the magazines in there. As soon as she went out front with the green barrel I went to retrieve them from harms way and one was missing. Probably on that day, at that time, the germ of an idea began percolating in my head.

My twisted passion plan, as it were…