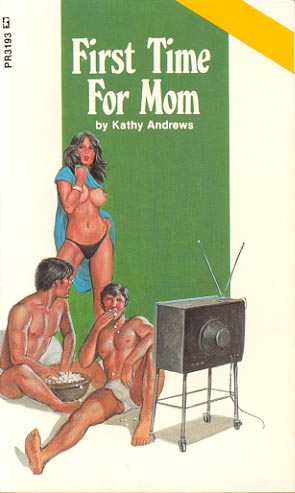 Joan Lorman writhed on her bed, seeing the images of those two cocks behind her closed eyes. Her cunt was throbbing wildly, pulsating with a desperate need.

There was nothing special about those particular cocks, not really. They were average pricks in size and length. Eric's cock and Marty's cock were the same size as many boys.

No, there was nothing exceptional about those two pricks, except that Marty and Eric were her sons.

That made them exceptional.

That made her want them.

That made her cunt burn with desire for them.