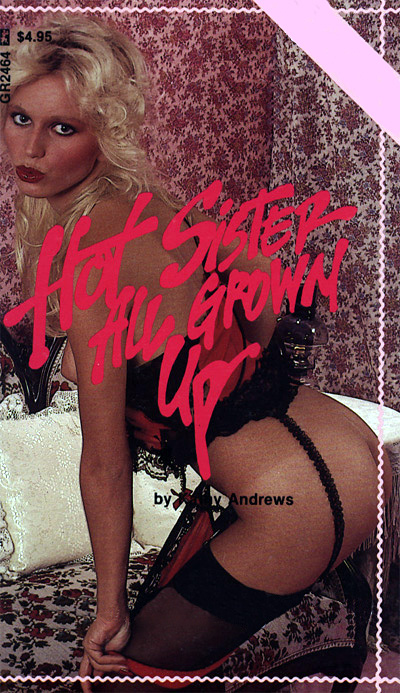 Hot sister all grown up

Hot sister all grown up

Walking angrily into her house, Linda tossed her purse onto the nearby table and sat down. Flopped down, really. Her eyes blazed with anger. She should have known it would happen sooner or later. She knew her brother better than anyone in the world.

She had just gone next door to see if he needed anything from the supermarket. She had a few things to purchase and felt she could save him a trip. She never did ask him, never got into his house. She wasn't sure if her anger was over what she saw, or if it was because he had left the door open deliberately.

Brett had been sitting on the floor, leaning back on one elbow, his legs straight out in front of him. His pants had been open and he had his big cock in his hand, pumping it. That in itself had not bothered her. Since they had been small children, her brother had often played with his cock in front of her, taunting her with it, teasing her until Linda would squirm as she stared at it. She had seen him come off the first time and spurt out his creamy jism, splashing it onto the ground as she stared in fascination.

But that was long ago, and they were adults now. Both of them had been married and divorced. She had Frank, a beautiful son, and he had Peggy, a beautiful daughter. She had rented Brett the house next door over six months ago. It was one of a pair she had received in her divorce settlement. When her brother had needed a place to stay after his divorce, she had rented it to him, cheap. And now this!

She didn't know if Brett had seen her standing in the doorway, but she didn't think he had. She wasn't so much surprised to see her brother jacking on his cock as she had been by Frank and Peggy. Her son and niece were on the couch, and Frank had had his hand under his cousin's dress. Even that didn't really make her angry. Frank was growing up, and he had an interest in girls. She wasn't really angry to see Peggy's small hand on the front of Frank's pants. She wasn't angry to see that her son had a hard-on, although it was still inside his pants. She wasn't angry to see Peggy rubbing Frank's cock, nor was she really angry because her brother was there on the floor, watching them, his cock fully exposed.

So why was she angry?

She wasn't getting any herself.

She had married as a virgin, even though she had grown up watching her brother jack off and had exposed herself to him many times for his pleasure. They had watched each other develop, pleased hair grew on his cock and balls and her tits had developed. Brett had touched her, but that came in high school. He had touched her tits, played with her nipples, and a number of times, felt her up. She had held his cock and cupped his balls as he jerked off, but they had never fucked. They just felt each other, and Brett would jack off, come, and that was it until the next time. It happened with them four and five times a week, and they had never been caught.