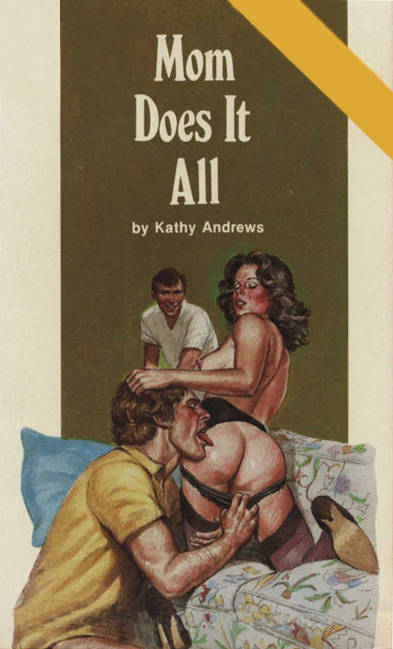 Mom does it all

Mom does it all

Donna Alyn leaned at the washer, loading it with soiled clothing. Behind her, Timmy watched the way her ass moved.

"You forgot my cut-offs again!" he said.

"Don't forget again, Mom," Timmy replied, tossing his cut-offs to her. "You know I wear them all the time."

Donna clung to his shorts, watching him walk away. She hated herself for being so easily startled every time he spoke to her. She hated herself because she was so passive, so easily dominated. She hated herself because of her fear of men. She couldn't stand up to men. All her, life it had been this way, letting men tell her what to do, when to do it, being a slave to their demands. It had started very early with her father, he was a domineering man who had her mother trembling with fear all the time. Then it was her brother, her husband, and, now, her son.

When her husband had been killed, Donna felt she had finally broken the cycle, but she had also been lost, not knowing what to do, unable to make a decision for herself.

But then her son had become the controlling force in her life. It was only natural, she thought, that Timmy should step into his father's place. He had been conditioned to. It seemed the most natural thing in the world for him to carry on in his father's place, and for her to turn to her son for guidance and instruction.

Why not? That was the way it had been all her life. Men telling and her obeying.

It was a man's place to tell.

Her duty was to obey.