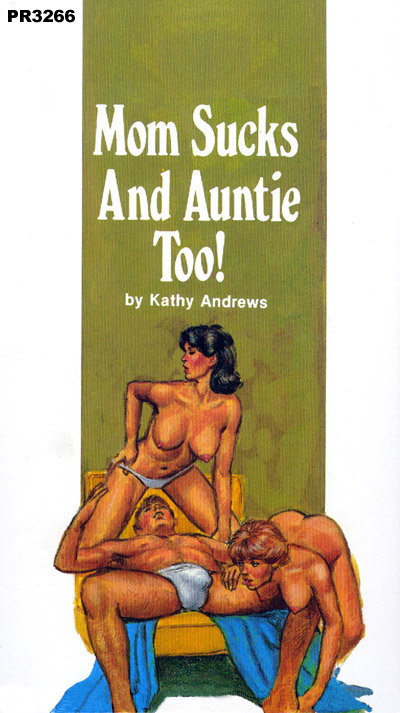 Mom suck and auntie too!

Mom suck and auntie too!

As she pressed close to Marlene, Jackie glanced at the open window. The face of her young son was there, watching.

A shiver moved about her flesh as she opened her long, luscious thighs to her sister. Her cunt had been bubbling hotly, stroked into steamy wetness by her sister's fingers. But with her son peeking at them, her pussy became wetter still, so much so that hot juices seeped from her cunt lips, down over the creamy skin of her ass.

"God, Marlene," moaned softly, watching the window with slitted eyes. "You're still as good as ever."

Jackie knew Timmy could hear every word, and this excited her, too. It wasn't the first time she had caught her son peeking at her, though it was usually at night as she undressed for bed. She knew he sneaked, out of the house when he was supposed to be in his bed, and looked into her, window. At first, Jackie had felt anger, then a slight shame, and finally, excitement.

"You're sure about marrying this guy?" Jackie asked. "He's so much older than you. I hope you're not making a mistake, Marlene."

"I'm not," her sister replied, dragging her finger up and down the juicy slit of Jackie's cunt. "He's rich as hell, an he's promised to set up a trust fund for Bobby's education. He knows what I'm like, and won't interfere."

Jackie's blouse was open, her shapely tits firm and widely spaced, her pink nipples straining nakedly. Her skirt was around her small waist, her panties dangling from one ankle. She had her legs up, bent at the knee, spread apart. Marlene was sitting between her feet, stroking the sensitive inner flesh of her thighs, tracing the blonde triangle of silky pussy-hair and slowly poking her middle finger into her cunt. Jackie arched her hips to her sister's finger, mewling softly, glancing at the window often to make sure her son was still there.

Timmy was there; he wasn't about to go away. He stood outside the window in his pajamas, his young cock very hard. His eyes were huge as he gazed into his mother's bedroom. He could see his mother's cunt, watch his aunt move her finger into it.

Marlene was almost naked too. She still had her bra on, and her skirt was bunched about her waist. She wore a pair of very tight, very skimpy, panties, and Timmy could see right through them.

Jackie loved it, and Marlene knew she did. All through high school, Marlene would come to Jackie, lead her off where there was some privacy, and bury her face between Jackie's thighs, suck and lick and tongue her cunt until Jackie squirmed with orgasm. Many times it was hurried and in places that were dangerous, but Jackie had never turned Marlene down.