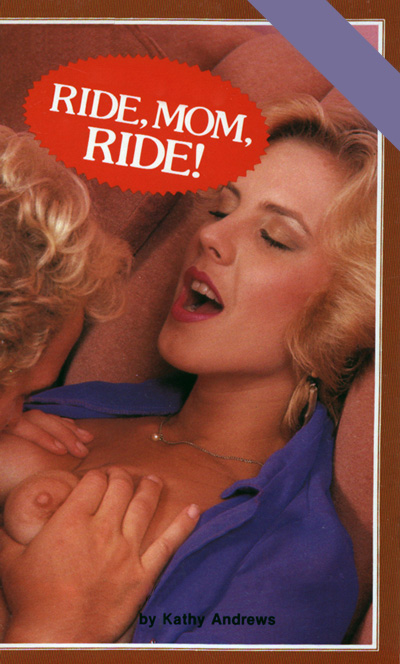 Riding ahead of her son, Donna Winters felt her nylon jogging shorts creeping into the split of her ass again. Ignoring it, she pedaled along the tree-shaded path, her ten-speed gliding smoothly. Ahead of her was a man and his daughter, both of them on ten-speeds, too. There was just something about him that attracted her. It was a sexual attraction, no doubt.

But because of her son, she felt she had to control her hungers, at least as much as she could. What made that difficult to do was her exceptionally long clit.

Donna's clit was almost a full inch long, and as expected, very sensitive. When hard, she could jack on it as if it was a small cock. Her ex-husband had found it repulsive, but she gave him credit for trying. He told her it was like sucking on a tiny cock, and he refused to lick or suck her pussy, something Donna loved dearly.

She was excited now, but not because they were following the man and his exquisite looking, blonde-haired daughter. She had become excited long before she saw them again. The sliding and rubbing on the bicycle seat created heat and wetness in her pussy, her clit bulging until she had already enjoyed a couple of orgasms.

She had seen the man about a month ago while riding with her son, Tommy, and since then she always looked for him. Like her son, he wore old, faded cut-off jeans and a T-shirt. He was dark haired, cleanly shaved.

She watched the blonde ponytail of the man's daughter gleam in the sunlight, and wondered again why the girl never wore shorts, but always had on a skirt or dress. It was much too hot for dresses, and it seemed silly to wear one when riding a bike. She watched the girl's little ass slide from side to side on the ten-speed. She rode beside her father, looking up at him with twinkling eyes, a very happy little girl.

Donna glanced behind her where her son trailed.

She saw the sheen of sweat on his upper lip, and excited expression in his eyes. She knew why he liked to ride behind her. She knew Tommy enjoyed watching the rhythm of her firm ass on the saddle. Like her son and the man ahead of her, she had on a T-shirt, and her tits pushed against it, her nipples two dark circles behind the thin shirt, poking out stiffly.

The man and girl were pedaling faster, and Donna watched them disappear around a bend in the trail. A moment later she and her son came around. The man had stopped his bike about five feet from a drinking fountain, and his daughter was just sliding off her bike for a drink. Her skirt caught on the seat of the bike, and as her slim leg lifted over the center bar, there was a flash of her tight, pretty panties. The girl giggled as she pushed her dress down.

Apparently the man and his daughter had not seen Donna and her son. He held his daughter's bike by the handlebars as he straddled his own, and Donna's breath caught when she saw the man lean over and run his tongue over the seat of his daughter's bike, bringing another deliciously wicked giggle from the girl just before she got a drink of water.