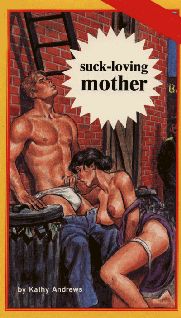 "Mom, you gotta wash my back!" Debra knew her son would call her. But she stayed where she was, trying to calm her breathing. She didn't want to wash Jerry's back. Rather, she did, but she was afraid to. She had been washing his back for as long as she could remember, and she had always enjoyed it. But the past few times, Jerry had a hard-on. Washing her son's back was no longer a mother with her son in a shower, not for Debra. Jerry was older now, and his cock would become hard as she scrubbed his back. Jerry had tried to keep his hard-on hidden from her, but she always seemed to see his swollen cock-head.

The first time, she had decided it had been purely accidental. Boys often got a hard-on, especially if someone was in the shower touching them. But now Debra knew it was no accident. Jerry had a hard-on every time she washed his back the past few days. She wasn't sure he tried hard enough to hide his hard cock from her, either.

"Mom, are you gonna come and wash my back?"

"In a minute, honey," she called, just loud enough for her voice to carry over the sound of the shower.

Debra folded her hands and pressed them against her lower stomach. If she refused, Jerry would think something was wrong, and if she did wash his back, then she couldn't trust herself. She just knew if her son kept having a hard-on all the time, she would grab his cock, feel it, play with it… jack him.

Tremors rippled abut her as she sat in confusion. If only his cock had not become hard, she told herself. If only she could keep washing his back as before. If only her inner hunger would not torment her. If only…

Debra shivered, hugging herself. Jerry had a hard-on right now, she told herself. His cock was hard and long and sticking out and his cockhead was round and smooth and his balls were so full and young. Her hands itched and she felt her cunt pulsate.

"Damn, damn, damn!" she whispered, and realized she was no longer hugging herself, but was cupping her tits. As if her hands had been burned, she jerked them away.