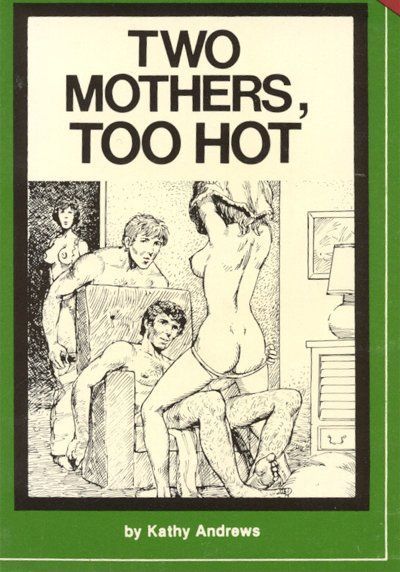 Linda Williams sat and watched as Amy David wiggled from her gown.

With her legs crossed, a cocktail in her hand, she pulled her gaze from the tall, amazingly beautiful woman and glanced at her knees. Her own skirt was halfway up her legs, and the creamy flesh of her thighs was exposed.

When Amy stood with nothing but her bikini panties on, Linda glanced up, and, as she looked at the woman, she felt the familiar tingle starting to burn between her thighs. Every time Amy undressed in front of her, Linda's cunt would start quivering, her clitoris swelling.

The two women had known each other for years, going all the way back to high school. They had always lived close, had always shared secrets. They had consoled each other through a rocky marriage, then a stormy divorce. They had talked of the problems they had with their sons, gossiped about neighbors.

In high school, they had been so close that touching and fondling each other had occurred during overnight stays. But it had never gone any farther than that until a few months ago. Linda did not consider herself a lesbian, and

she knew Amy was not a woman lover, either, They had, after an evening of drinking and talking about the frustrations of being single, suddenly found themselves in bed together. At first it was as it had been in high school. They held each other comfortingly, stroking a firm tit, even kissing few times. It was nothing they had not done as teenagers, and they thought nothing of it.

But it got out of hand.

Before either knew what was happening, they had pressed their mouths into hairy cunts, sucked and licked each other to fantastic orgasms. Their surprise at what happened was not nearly as great as their pleasure however.

After discussing what had happened, they licked each other's cunt again, this time deliberately and with a great deal of enthusiasm.