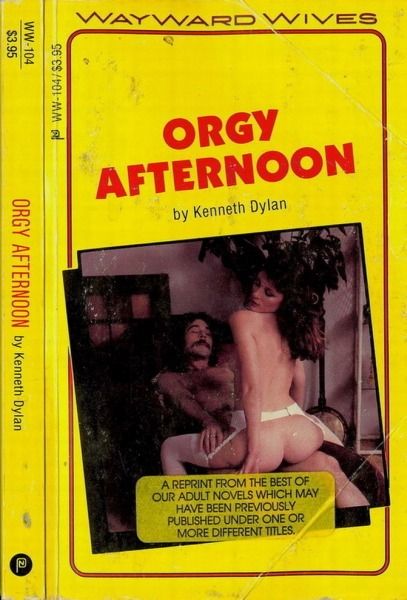 As she drove the brand-new convertible through the big gates, Linda Carter knew that she should be very happy. But the feeling of restlessness and excitement that had been alive in her gorgeous body for some time now was throbbing and racing in her being and she could not imagine what was wrong.

She and Bruce had been married for a year. She adored her handsome young husband, and she loved being the very rich Mrs. Bruce Carter III, but even that was not enough anymore. Something was missing and she had to find out what it was.

She pulled up and parked the new car in front of the garages. She was glad that she would not have to listen to all of the good wishes that servants would ordinarily force upon her just because she had a new car. She had told Bruce early in their marriage that she wanted to do her own work and run her own house and Bruce had not argued with her. He never argued with her. Whatever she wanted to do was fine with Bruce.

It was a lazy spring morning and she wished that Bruce could be at home with her for the day, but he had taken the Cessna upstate and he would be busy for most of the day. And when he got home they would shower and change and dine in town and then go looking for something interesting to do.

For some reason, she remembered the morning that she had picked up the hitchhiker and just thinking about that made her skin prickle and she could feel a warmth and inner excitement building up in her loins and that delighted her.

She went into the big, tastefully furnished house that Bruce had inherited from his folks and as she paused for a moment, gazing around her, admiring the beauty of her expensive furnishings, she felt the hot, trickling sensations between her legs and she knew that she had progressed too far. She would have to do something about the burning, seething passions that were alive and bursting in her body now.

She was nineteen now and Bruce was twenty-three. She was sure that their sex life was dull, unimaginative, and decidedly unsatisfactory.