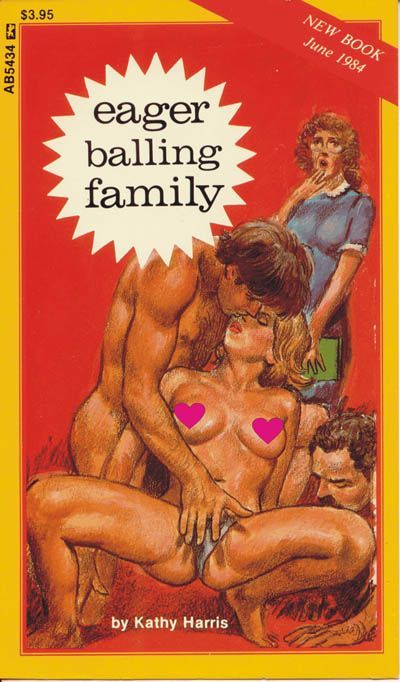 "Oh, come on, Steve," Gina Hughes said impatiently to her brother. "I told you, we'll be all alone for hours. Now, come on and kiss me like you did earlier."

"You know I want to, Sis," Steve responded, his eager eyes traveling over his sister's gorgeous body which was clad only in a sheer summery dress. The young blonde teenager was obviously not wearing any underwear, and the young boy swallowed hard as he felt his cock hardening.

"So what's the problem, Steve?" Gina asked, deliberately moving closer to her brother and pressing her lush body against his, her stiff nippled tits poking lewdly into his chest, which was unusually broad and muscular for such a young boy.

"What if someone comes in and catches us?" he said, his eyes on his sister's huge tits. His hands ached to squeeze her tits, to pinch them, but he still hesitated.

"Oh, for God's sake, will you lighten up? And grow up! Don't be such a baby!" Gina cried in frustration. Here she was, trying desperately to get her handsome brother to fuck her, and he was holding back. The sexy girl had certainly never had this problem before!

"Look, I already told you, Steve… Mom and Dad are out with the Wilsons and won't be home for hours yet. And Sally and Mark went to the movies, a double feature… which should keep them away for several hours, too," she said, referring to their sister and brother.

"Yeah, you're right. I'm sorry for being such a drip, Sis," Steve said, grinning now, all nervousness gone.

"Well, now, that's better. Let's get on with it," Gina murmured, glad to see her brother once more become the self-assured boy she had always been attracted to.