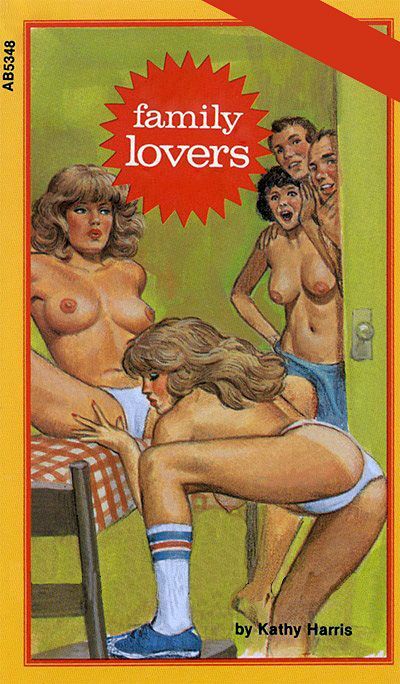 "Do you think it's much farther?" Paul asked his sister, Judy, as he glanced out the train window, a panorama of trees and mountains paralleling the train tracks for miles yet to come.

Judy glanced at her kid brother, thinking, as she so often seemed to these days, just how handsome and sexy he was. Only a year youngerer than she, he was already tall and muscular. He was well built with a broad back and wide shoulders and not an ounce of fat on him.

And, best of all, Judy thought lewdly as she glanced toward his crotch, her brother appeared to be very well hung, although Judy had never been lucky enough to see her brother's cock.

The teenager sighed deeply, wondering what was wrong with her lately. It seemed as though all she could think about was sex. Yet, she was still virgin! Maybe that's my problem, she thought, feeling her pussy beginning to itch and burn with desire. I'm sick and tired of being a virgin! I want a nice, big, fat cock to pop my cherry!

"Judy! I asked you a question ages ago!" Paul said, laughing at the dreamy expression on his sister's beautiful face.

Judy blushed. If her brother only knew what she had been thinking! She tore her gaze from his bulging crotch and forced herself to sound natural. "I'm sorry, Paul. I guess I was daydreaming. What did you say?"

"I asked you if it's much farther to Uncle Ned's and Aunt Sally's farm?"

"Oh… yeah, I'm afraid it is, Paul. We won't be getting there till tomorrow sometime so we have another night to spend on the train."