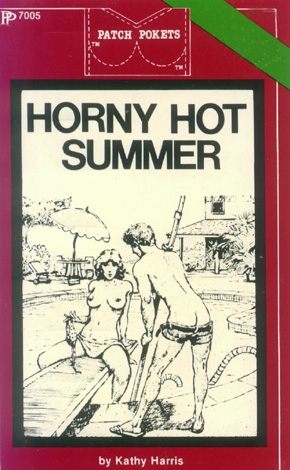 Beautiful, blonde, long-legged Alice Reynolds lay on the plush couch in her expensively furnished home up in the hills, her fingers idly playing between her pussy lips.

She was hornier than hell. It seemed to her that ever since her divorce almost two years ago she never got enough fucking. That was the one thing that had been right in her marriage: terrific, almost never-ending fucking!

Not that she didn't fuck now and then; she made sure of that! But what she needed was someone who would be there for her on a more regular basis, some big, beautiful stud with a huge cock that could keep her satisfied all the time.

Sue was a lovely young girl – a carbon copy of her mother: blonde, long legs, huge, firm tits which jutted out invitingly. John was just a year older than Sue, and already a heart breaker around the neighborhood. Like his sister, he was incredibly good-looking: blonde, handsome face, broad, muscular shoulders and back. But his mother suspected that his popularity had more to do with the large cock bulge between his legs than anything else. At first, she had been shocked to discover that her little boy was no longer a virgin!

She had overheard enough conversations between him and his friends to know that her son was getting more than his share of pussy. She didn't know how long he had been fucking, but she could sense from his confident matter that he had been fucking long enough to know how to do it well! And proof of that was in the fact that the girls he dated continued to come back. And back. And back. They must like what my little boy can do with his big cock, Alice thought lewdly, still plunging her fingers between her swollen pussy lips.

Thinking about her sexy son and daughter filled her with even more desire, and as she continued to finger-fuck her moistening pussy, she closed her eyes and pretended that it was her son's hand reaming out her cunt. She felt a little guilty having such forbidden thoughts about her own son, but she had to admit to herself that if she had half a chance, she wouldn't hesitate to fuck him!

Over the last few months, she had been aware of growing sexual tension between her son and herself. She had seen his gaze locking on her huge tits or raking hotly over her entire body. She had felt his cock harden noticeably as she brushed by him. Hell, she thought. If he wants to fuck his mother – and God knows I want to fuck him – why the hell not?

Yet it wasn't only her son who was driving her crazy. What bothered the woman even more was the fact that she had begun to have hot, forbidden thoughts about her own daughter! More than once, she had felt her cunt oozing out warm fuck juices at the sight of her little girl's big, pointed tits, their large nipples straining against the thin fabric of the T-shirts she always wore – without a bra.

Alice couldn't ever remember seeing her daughter wearing a bra, and she thrilled to the tempting sight of her little girl's juicy, ripe tits. She was pretty sure that her daughter was still cherry, and somehow, this made the young girl all the more, appealing to her. There was something about the teen's innocence combined with her ripeness that made her mother hot with lust.