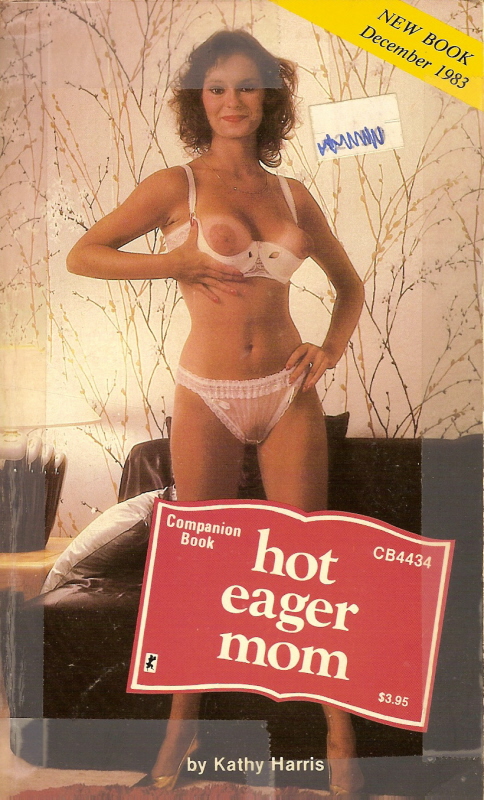 Mandy Farley stepped naked from the bathroom after her shower, wishing that her husband were home so that he could help relieve the burning sensation deep in her cunt. She needed to be fucked and she needed it badly!

As she was about to pass her son's room, she heard a sound and she stopped, startled. She had thought that she was all alone in the house and she was worried about running around naked.

But as she listened the sound came again, a low moaning sound coming from young Ned's room. Cautiously and quietly, Mandy crept up to the doorway and peered inside. The door was already halfway open so she could easily see what was going on inside.

The beautiful woman gasped as she saw the exciting scene inside her son's room. Young, handsome Ned was lying naked on his bed, his prick standing hard. His cock jerked up from his crotch as, with his eyes closed, the boy's hands moved slowly over his cock.

She opened her eyes and saw, with shock and excitement, that Ned's eyes were now on her. She stared into his young, handsome face, and she gasped as she saw a smug, knowing smile out his lips. She shivered with fuck-lust as, without a word, the boy's hand moved up and down his thick rod of cock meat faster.

His fingers stroked his prick up and down, deliberately teasing his turned-on mother with the firmness of his young prick. His eyes were riveted on her moistening pussy which still had her finger stuck inside it.

Still not uttering a sound, Mandy slowly walked toward her son. She saw that his gaze slowly moved over her naked body as she approached him and she trembled, relishing the raw excitement she saw gleaming in his youthful eyes.

Sinking to her knees on the floor beside him, she pushed his hand away from his cock and replaced it with her own. Ned moaned deeply as his mother's fingers closed around the thick, throbbing shaft of his prick. While he watched her excitedly, the woman's hand rose and fell along the solid rod of his prick.