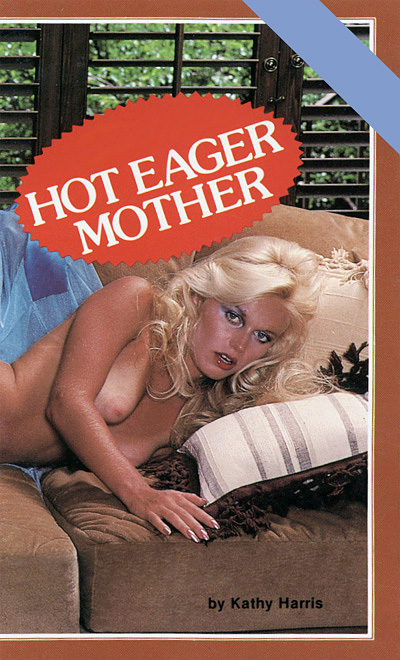 Jerry Conroy moved to the window of the rented mountain cabin and parted the curtains. His eager eyes traveled to the crisp blue waters of the lake below. And finally he saw her, his sexy, young daughter, Joan.

When he had first seen the string bikini earlier in the week, Jerry's gut reaction had been one of shock and excitement. She looked naked in it. Everything that it didn't cover was fully exposed to the man's hungry gaze.

Now, he licked his lips excitedly, thinking that the rented cabin was so deeply hidden in the mountains, so isolated, that the five Conroy family members would have complete privacy during their vacation.

Jerry finally took his gaze away from his daughter long enough to search the area for his son, Ted and Uncle Al, Jerry's brother, who had gone on a hike together. But they were nowhere in sight and the man realized that they could be anywhere in the densely forested area.

And Jerry also realized that it would probably be another couple of hours before Ted, Al, or Joan would return to the cabin. Jerry grinned and closed the curtains before walking to the back of the cabin and the bedroom where his wife, Betty, lay sleeping.

Jerry sat on the foot of the bed and gently lifted the blankets. Betty's small, feminine feet stirred slightly as the cooler air touched them but she did not wake up. Jerry lifted more of the covers away and smiled. He really got off on his wife's legs.

They were long and slender, yes curvy. She was lying on her side and her soft, silken fleshed legs were slightly parted. Jerry pushed the blankets up even more until the round, firm curve of the woman's ass was exposed.

She was wearing tight, skimpy panties with her baby-doll type nightgown.

Jerry could see the shadowed crease between her asscheeks and the soft mound of tender flesh and hair deep in the crotch of her panties. Tempting bits of her lily-white flesh were exposed where the panties failed to cover all of her ass.