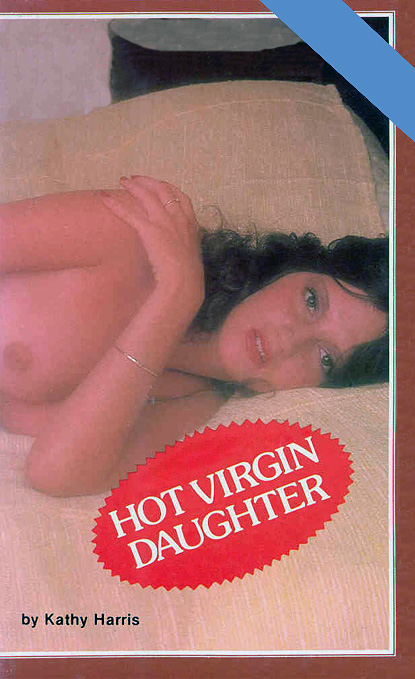 "Are you sure this is what you want for your special birthday treat, honey? To go to the movies alone with your old man?" Ned Fowler asked his beautiful young daughter.

"Sure, Daddy! And you're not old!" Lola protested laughingly. "You're the youngest, most handsome, sexiest father I know!"

Ned flushed. His gorgeous teenaged daughter had never called him sexy before, and her compliment stiffened his prick even more. His poor cock had been aching with lust from the moment his lush bodied little girl had suggested that, for her birthday, she wanted to leave the rest of the family behind and go to the movies alone with, him.

If the man had been able to read his daughter's thoughts, he would have come on the spot! For, the young girl had decided that she was sick and tired of being a virgin, and she had selected her father as her first lover. She had thought of coming right out and telling him that she wanted him to pop her cherry, but she was afraid that he would turn her down. So, instead, she had decided to get him so turned on that he wouldn't be able to say no. And, she knew that the movie she had chosen to see that evening would do the trick very nicely!

During the ride to the theater, Lola seized every possible opportunity to lean against her father, and once she even purposely dropped her purse next to his foot. As she bent low to retrieve it, she let her fingers run a few inches up his leg.

Ned gasped, feeling his cock growing. He wondered if he was reading his daughter right. If he was, she was practically begging him to fuck her! He knew he would love nothing better, but first he would have to be very sure that that was what his beautiful daughter really wanted.

Once they were inside the large theatre, Ned tried to push all thoughts of sex out of his mind. He was sure now that he must have misread his daughter's intentions, and he resolved to simply concentrate on the movie that was about to begin.