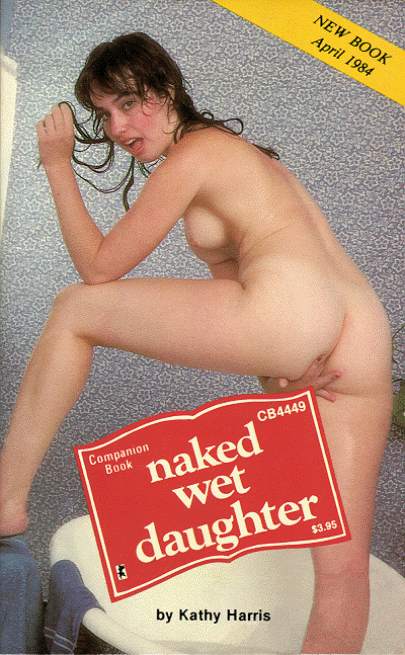 Teenaged Carol Ardmore stretched out nakedly on the air mattress directly beneath the skylight, sighing with pleasure as the bright noonday sun played over her young body.

Carol's father, Mike Ardmore, was watching his daughter from only a couple of yards away. He had entered the sun room just in time to see his sexy little girl flip herself over and he had seen her hand busily playing with her pussy. The sight of his daughter finger-fucking herself, completely naked, made hot aroused blood rush to his cock. He rubbed his cock through his trousers, licking his lips with anticipation as he continued to spy on his daughter.

"Oh, God, Daddy, I need your cock! I need your big cock in my pussy!" Carol cried, unaware that her father could hear her every lewd word.

Mike grinned, glad now that he had encouraged his wife, Fran, and their other kids, Barbara, Greg, and Jerry to drive into town without him. He had originally planned to go with them for it was to be a real family outing – first, shopping, then a movie and dinner at a nice restaurant in town.

But when Carol had begged off, saying that she had already seen the movie and that she would rather work on her tan, Mike had decided to stay behind too. The man knew that this was his opportunity to fuck his youngest daughter, an opportunity he had been waiting for, for a long time now.

"Ohhhhh, it's soooo good! Fuck me, Daddy, fuck me!" the young girl wailed, her obscene cries bringing her father's attention back to the exciting sight of the teenager writhing in orgasm on the air mattress, her fingers stabbing in and out of her pussyhole.

Mike rubbed his hard cock more urgently through his pants, all the while staring lustfully at his sexy little girl. Carol was lying on her tummy so that her round, firm ass and long, slender legs were displayed to her father, making his prick grow even harder.