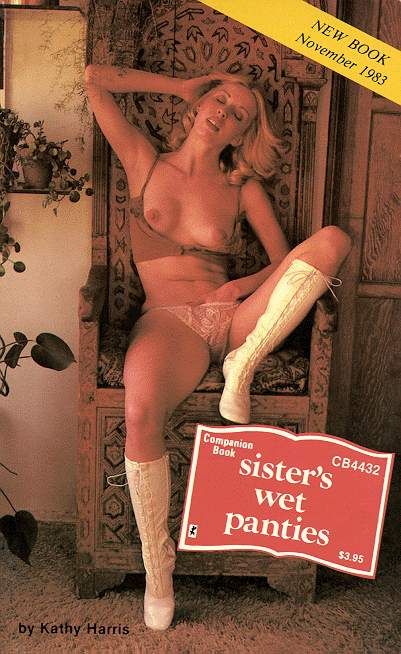 It was after midnight at the Wagner house and everyone in the family was in bed for the night. Everyone that is, except for Kay and her big brother, Nick. This was not the first night that the two teenagers had stayed up after everyone else had gone to bed, and they both knew that it wouldn't be the last. For, Kay and Nick had been secretly fucking each other for over a year now.

Nick sat in an overstuffed chair across from Kay who sat on the couch. He studied the young girl as he had so many times recently, realizing all over again just how lucky he was to have such a gorgeous, sexy chick available to him to fuck anytime he had the urge. Kay smiled seductively at her brother. Her hair was like gold, tumbling down around her shoulders in gentle waves. She had "bedroom eyes" and her mouth was full and sensual. Her face was young and gorgeous but it was only the beginning of the rare beauty that made men's heads turn wherever she went. Kay also had a body that wouldn't quit long, slender legs, a narrow waist, and gigantic tits that stood straight out from her chest.

Good looks ran in the Wagner family for all the females were blonde, big titted and gorgeous. And all the males, were tall, handsome, and ruggedly built with wide shoulders and muscular frames, even the youngest of the boys in the family.

"I'm gonna go get a soda," Kay said, suddenly rising and moving toward the kitchen.

Nick rose, too, following his sexy sister. His eyes fixed on the perky sway of her little ass, which strained tightly against the denim cut-off shorts she wore, each ass cheek threatening to pop out from beneath the frayed edges of the fabric. The cut-offs were split up the side almost to the waistband, exposing a lot of the girl's pink, tempting thighs. And, from past experience, Nick knew that his sister wasn't wearing any panties. She rarely did for, as she had told Nick one evening, she always wanted to be ready for a good fuck.

The kitchen door swung closed behind the brother and sister and Kay swung around to face Nick. Her arms wound around his strong neck and she pulled herself snugly against him. The huge mounds of her tits rolled over his chest and her mouth covered his. For long moments, the teenagers tongue kissed each other, embracing tightly and moaning with excitement.

"Mmmmmm," Kay sighed, easing back a little. "I've been wanting to kiss you like that all night!"

"Yeah, me too, baby," the boy muttered huskily. Then, her mouth was once more planted over his and her tongue darted into his mouth, twisting and turning and exciting him with lewd thrills that raced up and down his spine and made his big cock stiffen.

"Come on," Kay said, pulling away from him. "Let's go back into the living room and have a little fun. But let's get the sodas first. Fucking always makes me thirsty."

Nick laughed softly and, opening the refrigerator, took out two sodas. He opened them and followed Kay back into the living room. The girl's blouse was no longer buttoned. It was now tied in a large knot beneath the bulging mounds of her tits. And, her eyes glittered with excitement as she watched her brother take in the exciting curves of her partly exposed tits. "You're really sexy, you know that, Kay? The sexiest chick I've ever known!" Nick said, his voice filled with admiration.