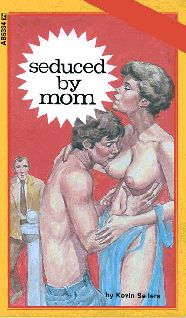 "Take it, bitch! Take all my cock down your throat – yeah!"

Gloria Wilson groaned as Barry grabbed double handfuls of her glossy dark-brown hair and stuffed even more of his stiff, throbbing cock into her mouth. She gulped it down without resistance, forcing her throat muscles to relax as more and more of his eight-inch prick slithered wetly between her lips, its enormous knobbed head almost making her gag.

"That's it, slut." Barry grinned, delightedly watching his meaty veined cock vanish into the kneeling housewife's mouth. He twisted his hips in gyrating motions that made her give a muffled gasp as her full pink lips were stretched even wider. He began to pump, his voice a harsh urgent grunt. "Now slide your head back and forth and suck on it real hard like you always do. Maybe then I'll give you a real treat!"

They were in the kitchen of Gloria's modest two-story house. The place was empty except for the two of them – Sammi and Joel weren't due back from school for an hour yet, and Ben wouldn't leave the office until nearly suppertime. Two bags of groceries were slumped on the kitchen table where Barry had left them, and his work smock lay in a crumpled heap over a chair. He stood with his jeans bunched at his knees, and hadn't even given Gloria time to drop her purse. It still dangled at her side as she knelt before him, its heavy weight jouncing against her hip as she greedily increased the friction of her mouth over his cock, gobbling at it with insatiable hunger.

Dimly, she knew, she should have been ashamed of herself. A supposedly happy, normal housewife with two wonderful children and an adoring husband being treated this way by her own grocery boy! It was humiliating!

But then, maybe that was why she enjoyed it so much. Since her thrity-ninthth birthday three months earlier, Gloria had begun to suspect that everything was a little bit too wonderful.

Too perfect. She was bored as hell.