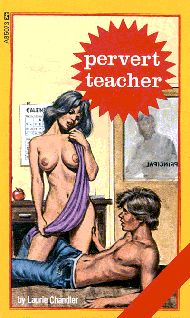 There probably aren't a fucking lot of you who know what it's like to have been thrown out by your family and forced to live alone in a roach-ridden, rat-infested flea-bag hotel.

Actually, I lied to you. I am not alone. My friend John is with me. My old friend John. John Barleycorn. One hundred proof. Me and the night and the moonshine.

The two of us are having a grand old time, just lolling about on this lumpy bed, pretending that we are one big happy family.

I'm not an unattractive woman. In fact, for a woman of a mere thirty-five, or for any age, I'm downright pretty, if I do say so myself. And I do say so.

I have straight black hair and high cheekbones, for those of you who care. My mother once said that there was Indian in me. Perhaps she ought to know.

Anyway that's what first attracted Tom to me. Thomas Baker. My husband. May he rot in peace.

Actually, he's not dead yet. To me, yes, but to the Bureau of Statistics, no. So I suppose I would have to say he's still alive. Alive and well, probably enjoying himself now that he's run me out of town.

"The scandal," he said. "Think of the scandal." Sure, I think about it. I thought a lot about it. Fucking hypocrites! The whole lot of them. I bet every last member of the damn school board secretly jerks off thinking of what I did. Good for them.