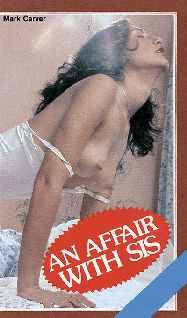 When Linda Collins woke up this sunny Friday morning, she was fit to be fucked.

There was a hot tingle in her lush tits, radiating all the way down to her juicy, silken ass. At twenty, the blonde's sexy-hot curves were in their prime, and so was her tight, luscious cunt. Slipping on a robe, Linda made coffee and smoked a cigarette for breakfast, toying with the urge to finger-fuck herself right at the kitchen table.

It was nearly eleven by the kitchen clock. Linda thought about her husband, now at work. They'd fucked like wild minks last night, but she still felt achey and hot. They'd been married a year now, and, so far, the ripe young blonde hadn't even cheated on him. She patted herself on the back for that.

But ever since she was a teenager and Linda discovered the delights of her hot pussy, there was only one man in town who could really satisfy her.

He was married now, too. Linda chewed her sultry lips as she thought about him. Then she picked up the phone, and called him at work.

"Listen, Al, I want you to come by on your lunch hour, okay? I gotta talk to you, it's important."

He paused and said okay.

Linda hung up the phone, her cunt beginning to throb fiercely in anticipation. Al had a hard-on on him that could be used for a battering ram. She'd lost her cherry to him, in fact, on the night of her birthday. Now that was a birthday present she would never forget!

She drew a hot bath and got in, soaking luxuriously. Linda lathered suds on her tawny tits, making herself shiver with excitement as she played with her hot, rosy nipples. She propped one silken leg along the rim of the tub and moaned softly as she traced her juicy cuntlips with her fingers.