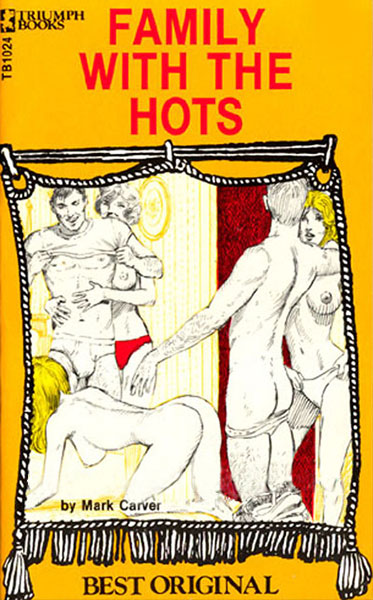 A year, a whole long tormenting year since she'd felt a hot thrilling cock driving deep into her aching pussy! And powerfully throbbing in her wet, eager mouth. And ramming savagely into her tingling asshole.

Upstairs, Anne started drawing a hot bath and slipped out of her robe. Her heart began to hammer against her ribs as she critically examined her naked body in the full-length mirror. The sight of her own ripe hot tits and velvety skin, her sleek thighs framing her silky cunt-hairs almost always triggered a wild fingerfucking session. Her hips would jerk with increasing fervor as she dipped two fingers lewdly in and out of her juice-soaked cunt and her entire glowing nakedness would tremble from head to toe.

Until that delicious moment of explosive coming, when her burning juices were flowing and gushing onto her savagely fucking fingers. But it wasn't working any more. She needed the real thing, a live hot prick tearing relentlessly into her narrow slit, until she could faint with sheer ecstasy.

Her fingers dipped down to her glistening pussy-hairs and hesitated. How could anyone so voluptuous, so damned sexy be so deprived?

With a long, shaking sigh, the tall brunette slipped into the steaming hot-water and began soaping her lush tits. There would be no obscenely thrilling fingerfucking on this beautiful summer morning. Not as long as there was a handsome was hung like a bull in heat. She couldn't deny boy living across the street who what she had in mind was dangerous, especially in a small town like Rockville.

At four-thirty this afternoon, the anxious divorcee had a lesson scheduled for Jack, the handsome boy who lived across the street, the hung darling she'd secretly dreamed about for months now. He was actually a lousy guitar player, but that wasn't the sort of lesson she had in mind. If she didn't lose her nerve, she'd show him some real music in the form of her sultry hot mouth and fiercely throbbing cunt.

The lush brunette raised one long, silken leg along the rim of the bathtub and lovingly stroked her smooth inner thigh. The big problem wasn't Jack, who was just a healthy, clean-cut kid with one of the biggest crotches she'd ever seen. It was his father. Good-looking bastard, but one of those stem, moralistic types who went punctually to church every Sunday, gazing down at everyone else with cold, superior eyes. Probably screwed his beautiful wife once a week for ten minutes exactly, before rolling over and snoring.