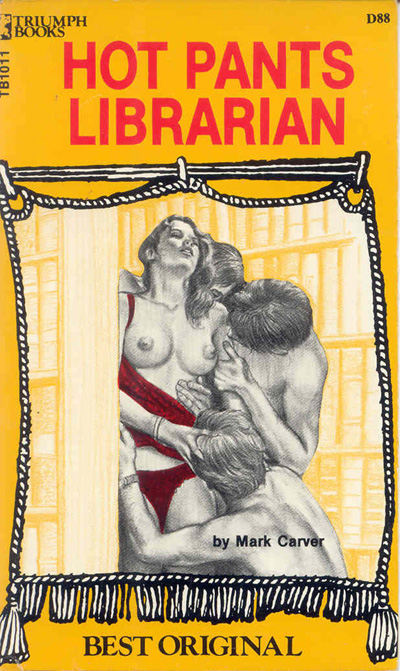 Lying naked on top of her bed, Gloria Shannon felt as if her skin was on fire. From the tips of her dusky hot nipples down to her cunt, every soft, ripely curved inch of her silken flesh tingled with fierce heat. She groped for a cigarette on the bedside table with trembling fingers. She looked at the clock. It was three am.

All she had to do was get up, quietly enter his room and crawl in bed beside him. It wouldn't be that simple. For one thing, all the urgency of the last five years had left her feverishly aroused. She felt like savagely raping the boy, but there was a risk.

She was a prim, respectable town librarian. In a town this size, word that she was fucking could spread like wildfire. The boy she wanted to fuck was named Brian. He was nice, well-mannered, and not loud or brash. Gloria could barely keep her eyes off his bulging crotch the afternoon she rented him the room. Lord, he was hung!

He had tried to keep his eyes off her lushly curved figure, but she knew he could see beneath her disguise. Even with her long dark hair prudishly pulled back in a bun, and the shapeless, sack-like dresses she usually wore, the librarian couldn't hide her firm tits and ass.

Gloria stubbed out her cigarette. Sleep was impossible for her now. Nervously, she walked naked, down the hallway and passed the boy's door. Her ripe tits ached. Her nerve faltered, and she went into the bathroom. She stared at herself in the full-length mirror. With her long shimmering hair down, she reeked with sex, but she was a stranger even to herself.

Her wide brown eyes drank in her proud, creamy tits, her narrow waist and softly curved hips. Her silky tangle of cunthairs were drenched with her passion, and she fought the violent urge to finger fuck herself on the spot. She thought, why cheat herself out of a massive, healthy young cock only a few steps away?