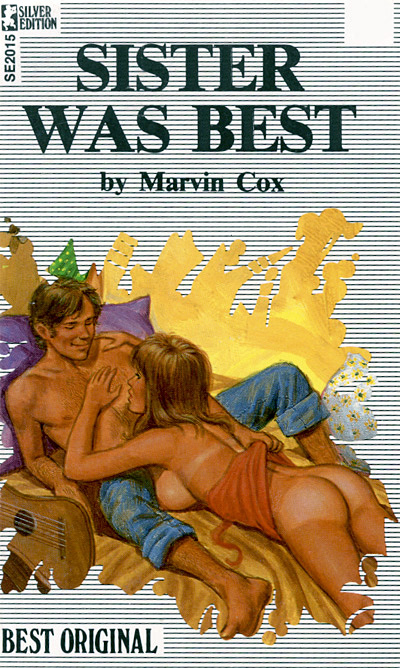 Brenda Macintosh had only one thing on her mind – she wanted to fuck the most popular guy in school. And that was Brian Morgan, the football jock.

Brenda was blonde, with a pert mouth, lovely steel blue eyes, and a lithe, yet full body. She pressed her large tits against Brian's chest that afternoon, her beautiful face just inches from his. "What gives with you?" she asked him, raising her eyebrows. "Don't you like girls?"

Brian swallowed hard as his face turned red. He felt a stirring in his crotch, his cock began to harden as the hard nipples pressed against his shirt.

"Of course I do!" he stammered. "But with football and my training for Texas, I haven't had much time for dating."

"You mean you couldn't work in just a couple of hours for me?" Brenda asked, her hand dropping to his bulging crotch. She gently squeezed his rock-hard dick and added, "I want you to fuck me, please!"

Brian's voice was locked in his throat. He wanted nothing more than to grab onto her delicious-looking tits and fuck the hell out of her, right there and then, but as usual he heard the familiar honk of the horn, and his father's impatient figure sitting behind the wheel.

"No you won't, you bastard!" Brenda said, tears welling up in her eyes. Her voice was filled with humiliation and anger. She pulled her books to her chest and ran off, his rejection piercing her like a knife.

Brian got into the car and threw his books into the backseat with a savage movement, his body quivering with anger.

His father pretended not to notice, and they drove off in silence. After some moments, his father turned to him and placed his hand on the boy's shoulder.