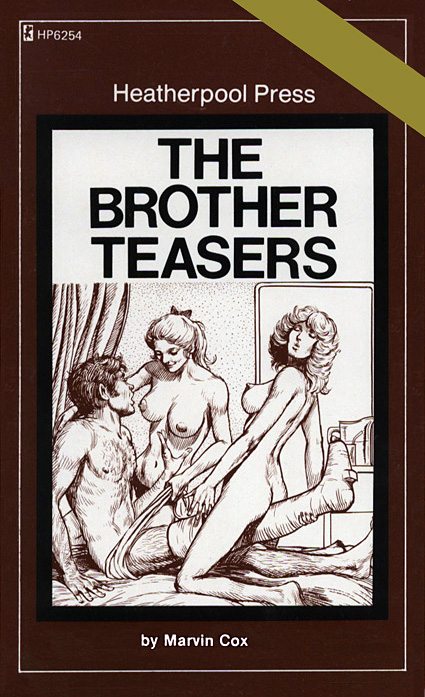 "You mean to tell me you've never sucked a cock before?" Wendy asked, looking at Robin with disbelief.

Robin looked at her cousin and felt like crying. Wendy had spent the summer in Europe, and it seemed in only three short months, she had become a woman. Although they were both eighteen, Wendy's curves and voluptuousness was more than evident. Robin felt like a child.

"You mean… you're a virgin?" Wendy gasped, looking at her cousin with a squint.

Robin felt immediately on the defensive. "Well, it's not as if I have rabies, or anything," she said.

Wendy laughed out loud, throwing her head back in what she hoped would appear to be very continental. "You poor child!" she said a few seconds later.

Robin felt angry at both herself and her cousin. What had she done all summer while her cousin was living it up in Europe? Swimming, tennis, the movies, looking at boys…

"Christ Almighty, Robin," Wendy began, suddenly ashamed of herself for putting her cousin on the spot, "you have two brothers!"

"What has that got to do with it?" Robin asked innocently.

"Ask either one of them," Wendy explained patiently. "I'm sure one of them would pop your cherry for you."