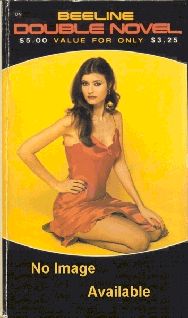 One week in June…

Carol Prince was enjoying the warm, sunny afternoon at her home in Diamond Harbor. She was sprawled on a lounger, soaking in the rays, and watching her husband, Tom, swimming in their pool.

The weekly parties had been taking place for over five years. Carol's thoughts turned to delicious memories of past gatherings. A lot of sensuous and exciting things had happened. When the parties first started there had been three couples participating on a regular basis: Tom and Carol, Bruce and Paula, and Ken and Diana Adams. And, for one brief week, there had been a fourth couple, Bob and Jennifer Hanlin. But the Hanlins decided that the parties weren't for them and dropped out. And now Ken and Diana had moved to New Hampshire and were no longer around to participate, so that left only the Princes and the Clarkes to carry on the tradition.

Thinking about the forthcoming party and watching her husband's fantastic body gliding in the water as he swam his laps made Carol squirm in her lounge chair with the warm tinglings of pending lust. She closed her blue eyes and let more memories drift into her thoughts.

So much had happened. Carol and her friends had spent the last five years pursuing hundreds of sexual adventures, exploring new, sensual experiences and experimenting with passions and sexuality. The parties had been the keys and their imaginations had been the doorways to new sensations and feelings. They had been the elite of the swinging community of Diamond Harbor, and they had transcended the rest to form the ultimate sex club – The Sexgamers! Now, even though there were only two couples meeting to play the love games and swap sex mates, the gatherings were still going strong.

Carol thought about the past weekend. Bruce and Paula hosted a Sunday afternoon party by their pool. Carol had been watching the couple swim and romp together in the clear, sparkling water, when they had embraced and stood up in the shallow end and Bruce had entered his Wife right then and there, taking her hard and fast in the hot afternoon sun and churning water.

Carol bounced in her lounger as she remembered, her naked body responding with her fantasy. She peered over the top of her sunglasses and watched Tom for a moment as he worked out in the pool.

Tom and Carol had been married for six years, and their relationship was strong. They had met in Canada when Tom was a business student at Young University and Carol was a sassy young girl looking for a thrill. Tom met her in a bar and fell in love with her almost instantly. She was rich and young and beautiful and later, in Tom's bed, she proved to be a sex-kitten on the loose! She used her body to give Tom the most stimulating and memorable night of his life.