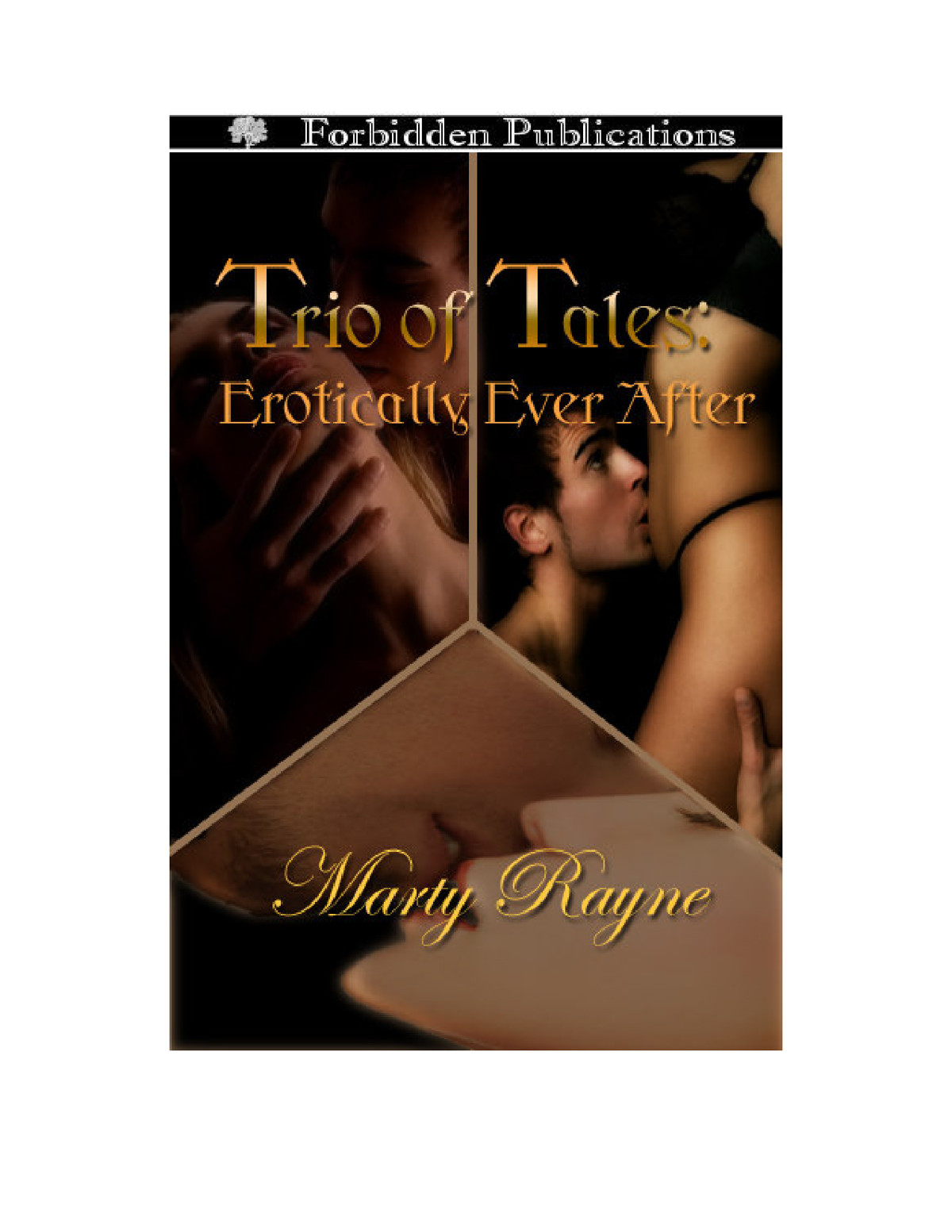 Trio of taleserotically ever after

Trio of tales: erotically ever after

Red, named because of the flaming color of her hair, walked into the dense, dark forest. On her arm, Red carried a picnic basket filled with all sorts of goodies for the evening. She was on the way to the house her grandmother willed her after passing away a month before. She thought a nice walk through the forest that surrounded the house would help ease the grief she felt due to her loss and remembering the good times she spent there in her childhood years.

A slight breeze blew through the trees, rustling the leaves. The birds perched in the branches above sang their musical songs. The fragrance of wild flowers floated in the air. The snap of a twig drew silence from the forest. Red stopped to listen, looking around at the thick foliage. Seeing nothing, she continued on her way only to stop again when the sound of another twig breaking sounded. This time she slowly turned in a circle.

Once turned in a complete circle she found a tall form standing before her. “Oh!” She gave a cry, her hand jerking to her chest where her heart was pounding wildly.

She’d not heard his approach.

Red’s gaze started at his booted feet, the tops tucked under the tight, black leather pants that hugged his muscular legs. Going further up, she found a black leather vest covering his chest showing a hint of chest underneath that was dusted with dark hair. Her mouth practically drooled at his powerful arms, their definition marked by tattoos on his biceps. His left arm was branded with the head of a gray wolf. His right arm brandished the full body of a wolf.

Red tore her eyes from the markings, moving them up his long neck to a chiseled jaw that held two days growth of hair. His lips formed a crooked grin. His eyes nearly took her breath away. As she gazed into them, she felt like she was drowning in the gold-flecked pools of brown. She’d never seen any quite like them, their color unique.

His hair was worn long, the dark strands, black as night, falling unruly around his face.

It finished off his wild and dangerous appearance.

“Where are you going my little pretty?”

Red nearly fainted with the harmonious low sound that drifted from his voice. It was hushed and husky, but its tone smooth.