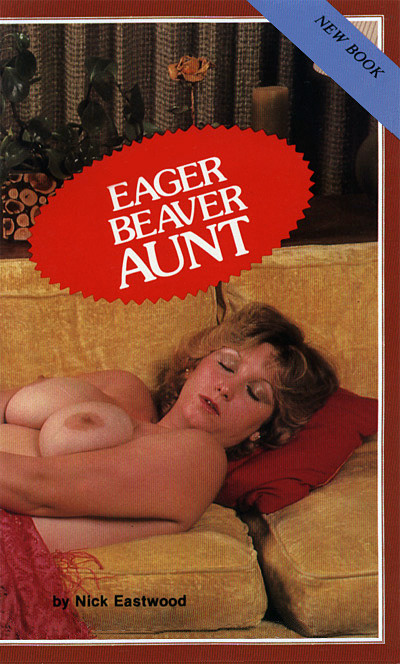 The trouble was, Nancy seemed to have other ideas. All through the movie he took her to, she just watched the movie, and when Ben tried to put his arm around her or kiss her, she inched away from him. It was frustrating as hell. All around them other kids were making out, but Nancy wouldn't even let him hold her hand.

Well, maybe things would improve when they were finally alone together. Nancy had seemed delighted when Ben asked her out, and he was sure she was turned on to him. So maybe she just didn't like having an audience. When the movie ended and all the other couples in the theater were ungluing themselves from each other, Ben looked at Nancy expectantly.

"Oh, I think I'd rather get something to eat, Ben," she said, smiling sweetly.

Ben sighed with longing. They couldn't very well get it on in a restaurant. But he aimed to please. They found a place to eat, and he toyed with a Coke while Nancy devoured a hamburger. He kept sneaking glances at her pretty high-riding tits and wondering how they looked under her bra. By the time she finished eating, he was seething with lust.

Tonight just, had to be the night, he told himself firmly. He'd had lots of dates and had never gotten to first base with a girl. He was just too damned polite, that was all. When a girl said no, he respected her wishes. But tonight things were going to be different. He was going to come on strong with Nancy, and he wasn't going to take no for an answer. He was finally going to get laid.

Or so he told himself.

"Yeah, I guess we could," Nancy said.