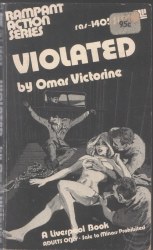 Petite, dark-haired Susan Templar opened the garden door and rushed into the breakfast room, pitching her schoolbooks onto the table with a sigh of relief. The handball practice had been canceled because of the rain, and now she had the whole of the afternoon unexpectedly to herself!

What would she do with it? She could stay home and work or read, of course, or watch television. But she didn't want to read, and German television was so dull. She supposed she could call one of her friends and go on over to see her. But the classmates she really liked at the American school at Konigswinter lived across the river at Bad Godesberg, nearer to Bonn. Besides, the only person she really wanted to see was Stefan.

Stefan was dreamy! He was a student, almost twenty, with blond hair and a way of looking at her through slitted eyes that made her come up in goose bumps all over! The only trouble was that Stefan was German, and her parents didn't approve of him. He was mixed up in politics, her father said sternly, and it wouldn't do at all!

They had absolutely forbidden her to see him any more.

She sighed. It wasn't easy, being just sixteen and the daughter of a United States army man posted to the Federal Republic!

She looked out the window. The wooded cones of the seven hills of Konigswinter loomed mistily through the downpour above the suburban roofs. The nearest one was called the Petersberg. There was a hotel at the top that had once housed the Allied Control Commission. Next to it was the Drachenfels, where Siegfried had slain the dragon.

As she stood listening, her eye fell on a copy of the local paper lying on the table. Automatically, she took in the headlines. The French were quarreling with the Americans over the agenda for the forthcoming four power talks in Berlin. There had been 73 arrests at some demonstration in the city last night. Six people had been killed in a pile-up on the autobahn. The strangled body of a student had been found on a vacant lot near the river. And then, paneled in heavy black type, in the centre of the front page, she saw; POLICEMAN BEATEN TO DEATH: AMERICAN ARMY MAN ACCUSED.

Susan sighed again. That would mean more headaches for her father. Colonel Templar held an important liaison post with the United States NATO forces based in Germany, and one of his duties was to smooth out any difficulties which arose between the American troops and their German hosts. In a few weeks he was to head a completely new Mission formally attached to the German government to make cooperation between the two countries even closer. A murder case involving army personnel at such a time could be a grave embarrassment to him.

She raised her eyes from the paper and met her own troubled gaze in a large mirror set in an ornately carved wooden frame screwed to the wall. Critically, she examined the reflection… soft, dark eyes; short, straight nose; full-lipped, generous mouth and then, half hidden between the open edges of her yellow nylon parka, the ripely swelling mounds of her budding breasts uptilted beneath the clinging black cashmere of her jersey.