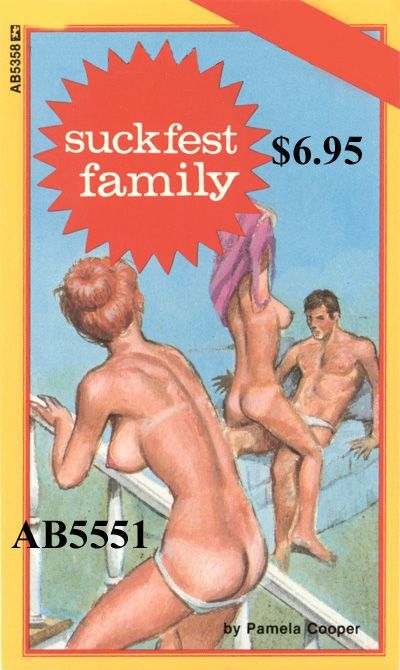 Marge Clay trembled as she held her husband's head and pushed his face deeper into the gaping hole of her cunt. Below, she could hear Bill as his breath panted out in ragged gasps.

The perfume from her cunt rose to fill his brain with its heady odor, and it only increased the hunger he always felt when sucking his wife's beautiful pussy.

Over and over, Marge felt the cum-slimedwhip that was Bill's tongue as it flipped and lashed across the sensitive flesh of her crotch.

He slid it back and forth from her asshole to the blood-filled lips of her cunt, drinking in the juices that poured from her weeping cunt.

Then his attacking tongue leaped away to torture the erect nubbin of her clit. A shock that was almost too much to stand shot through Marge's guts as the enraged flesh of her clit pulsed from his tongue attack.

A small mewing noise rose from deep in the back of her throat, only to die away and fade into a soft sigh. With one hand she pulled at his hair, as if wanting to push his entire head deep into her pussy.

With the other hand, she tortured one of her own firm tits into a swollen fury. The nipple stood out, angry and thrusting. The other tit seemed in sympathy with its sister, in spite of being neglected.