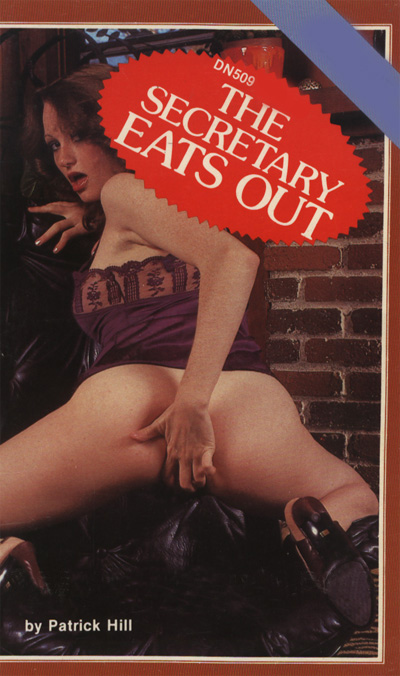 The secretary eats out

The secretary eats out

Kimberly Alston sat in a stall in the women's room, just down the hall from New Frontiers Advertising Agency, wondering what the future might bring. She was the new secretary in the pool. New to the agency and new to the town of Clayton, population 50,000. And somewhere in those fifty-thousands she hoped to find a man. A new lover?

"Perhaps," she groaned to herself as she sat idly running her fingertips over the throbbing lips of her cunt.

But did she really care about a new lover? She'd had a whole slew of disappointing love affairs in her twenty-five years of existence. Well, now, she had a new job and town to conquer. She decided for the moment that the only thing that mattered, that really counted, was her cunt. It was a hungry fuck-channel that needed her fingers and not her mind. It had a mind and need of its own. She had a date with Steve Parker in the evening, one of the agency's junior partners, and she was determined to get some good old-fashioned fucking.

Being surrounded by all those gorgeous men in the agency was at times more than any woman should be tempted by. Sometimes she felt she could take on the entire staff of New Frontiers! Perhaps, some day, she would. In the meantime she had to be careful in this job. Just try, one at a time.

As for now, it was only two in the afternoon and she would never make it until the end of the day without some relief. And her fingertips would provide that relief!

She moved her fingers over the delightful curves of her tits, pinching her thick nipples through the thin fabric and she slid a hand down to her crotch, to her dark muff of thick and curly hair. She had thought about trimming it, but the men seemed to love her hairy cunt.

She thrilled in teasing herself, tugging at her thick and meaty cunt-lips without touching her clit until she could stand it no longer. Poor little clit, always begging for attention. Ah, poor thing.

By this time her cunt was flooded with pussyjuices, dripping out of her cunt-hole. She tangled her fingers through the forest of her cunt-hair, teasingly pinching her pussy-lips. She was imagining Steve's head between her legs, sniffing the pleasant aroma of her brimming cunt-hole. Oh, how great that would be!