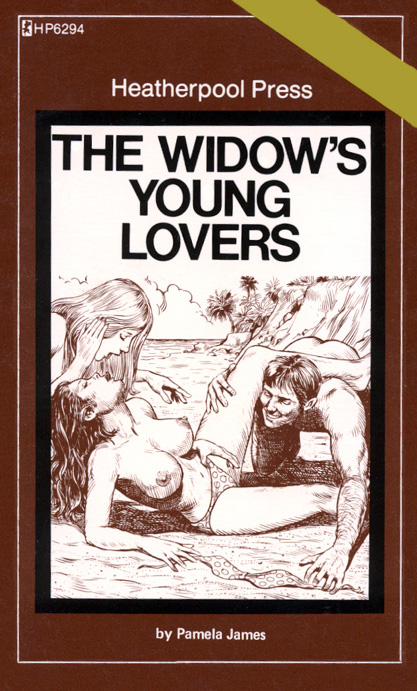 Edna watched the teen through her binoculars, and as he advanced in her direction, her hands began to tremble.

He's absolutely adorable! she thought. My God, why can't he be mine?

The teen walked along the beach, kicking at small mounds of sand, keeping away from the incoming water. He was dressed only in a pair of tight fitting black bathing briefs, which accentuated the slim curve of his buttocks. He was lean and slender, his body nut brown from the sun. His hair was long and thick, a golden color bleached almost white by the sun.

As he came closer Edna was able to see his face. He was smiling to himself now. He was more than just handsome or cute; he was beautiful, almost angelic, with fine smooth features. Edna ached to touch him, to hold him.

She brought down the binoculars and wiped away the ring of perspiration around her eyes.

Edna had moved into the summer cottage nearly a week ago. She had noticed the slender teen almost immediately. It was as if a magical spell had been cast. She had been attracted to young men before, even while she was happily married. He was something special. He was now in her thoughts constantly. She would stand vigil every morning after breakfast and every afternoon after lunch, even during the early evening, hoping to catch a glimpse of him.

He loved to swim, and he was a graceful, able swimmer. He seemed friendless; he was always by himself. Perhaps, he was a loner. Edna secretly hoped so, because she was gradually getting up enough courage to talk to him.

She felt the familiar tingling sensation between her legs. Pussy juice was beginning to soak through her panties. She absently rubbed her crotch and moaned. It was difficult now just to sit and watch him.

He must be staying with his parents or relatives or friends – but he's always alone. Edna gathered his house was just beyond her vision, behind the sand dunes to the left of her white-washed house. To the right were the rocky cliffs, below which the water was rough and churned as if in a blender.

She saw the teen coming closer in her direction.