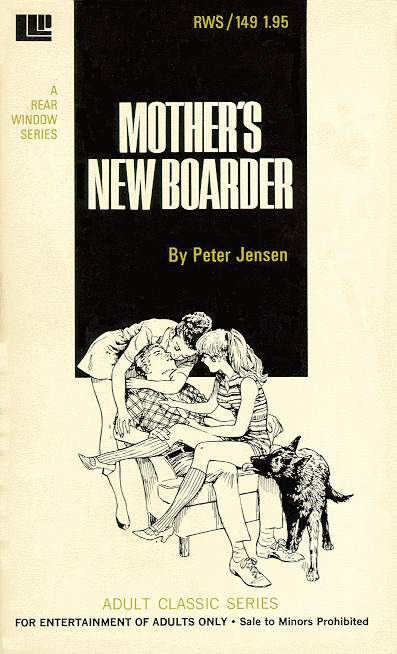 "I understand there's an apartment for rent over this store."

Marleen Franklin looked up from the counter she'd been cleaning, turning to look at the stranger who'd addressed her. He had a face which matched his warm, friendly, deep tone of voice; full and expressive with finely delineated lips and a rather prominent classic Greek nose, and dark agate eyes. He was also big, with a massive chest and lean, tawny thighs; and he was tall, standing over six feet in his checkered wool shirt, faded Levi's, and Wellington boots.

Oddly, a faint embarrassment flushed Marleen's face, confusing her momentarily. "W-what?" she asked, flustered, brushing back a stray wisp of coal-black hair with her hand. "I'm sorry, I didn't hear you."

She had, but his sudden presence in her store and the charisma that had hit her as she stared at him – it had taken her breath away, and she could feel her skin burning.

The man, not much older than her own thirty-six years, she estimated, grinned, and his eyes bored into her as if he knew that she'd heard him all along and was feeling so damned foolish. He said: "The room. I saw in the paper's want ads about the owner here having an apartment for rent. I'd like to see it."

"M'name is Preston. David Preston, and I'm new here in Reedsport," he said as Marleen walked from behind the counter, wiping her hands on a dust cloth. "I'm hoping to find work."

"I'm sure you will, Mr. Preston. Reedsport is a growing community, especially with the new cannery. Is that what you do? Work with fishing?"

"Hardly," he replied with a chuckle. "I'm a diver. I'm going down to see the harbor dredging company. I know a man there who's promised me a job." He followed her as she walked down the aisle to a rear entrance. "One of the reasons I wanted to live here is because of this."

Preston waved his arm and gazed around at the tackle and dry bait, assorted poles, out-board motors, small boats, and other athletic equipment. "Who owns the sporting goods shop?"