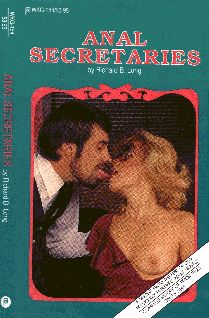 “Every time we got together, Mr. Harvey and me, he would ask me if I wanted to go over to his house to have our fun. For a while I wouldn’t go; I just couldn’t bring myself to do those things with him while his wife was looking on. Finally he convinced me by showing me some pictures someone had made. He was lying on a bed and some really gorgeous blonde chick was going own on him.

Right next to him was his wife-I knew her when I saw her-and she had her mouth full of cock! After that I believed him when he said that they weren’t hung up about doing things like that and so I said that I’d go along with him. We set it up for the next Saturday and that was that.

When I got there, Amy herself met me at the door. She was wearing a negligee that really showed off her body like the movies do, and she had a hell of a body to show off, and you could see that she was really turned on by it all.

“Come on in,” she told me, holding the door open. “We’re back in the bedroom getting ready. I’m sure you’ll have a wonderful time. You mustn’t feel self-conscious or anything. Just relax, make yourself comfortable and enjoy it.”

“What can you say to that? I mean, I’d come there to ball her husband and she rolls out the red carpet! Jeez, that’s some kind of hospitality! I headed off in the direction she pointed out and she said she’d be along in a• minute. I went on down the hallway and turned into the bedroom she’d mentioned. He was there, lying on top of the covers with his cock spread out across his tummy like a gigantic snake. I stepped into the room and, just seeing him like that, it made me queasy all over.

“Come on in,” he told me. “Amy will be back in a few minutes. Why don’t you take your clothes off and join me?”

“I couldn’t have done anything but take off my clothes, once he’d asked me to.

It was like I was some kind of robot, programmed to do everything he suggested.

If someone had said to me beforehand that I’d be undressing in front of a man when his wife was somewhere in the-house, about to come into the same room with us, I’d have said he was -out of his gourd. But here: I was doing it! I peeled and.when I was absolutely bare I was already so hot I could barely stand.