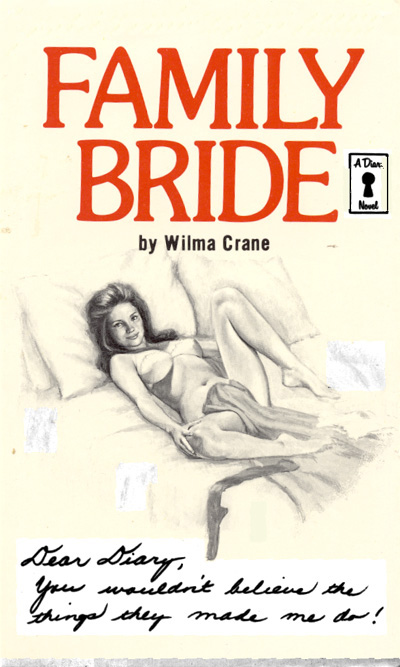 "Blow me a little," he said, squeezing her tit until he could feel the salmon-colored nipple grow hard in his fingers.

"Don't talk so dirty," she said. She ran her fingers skitteringly over his freckled shoulders.

"I want to fuck you. I'm hurting. Aren't you even a little hot?"

"If you can't make love," she said, lowering her voice and feigning a movement away from him, "without coming up with some perverted idea, how do you expect me to feel anything?"

"There's nothing perverted about it," he urged. "Don't you think Val and Jim do it?" He kissed her on the nape of the neck and squeezed her hand once beneath the pillow, which was their old sign for telling each other that they wanted to fuck.

"Getting hot?" he asked her.

She looked up at him, her eyes opening in mock surprise. "Get off me," she said, shoving him away. "You're not even hard!"

He nuzzled the lobe of her ear and whispered, "I'd get hard if you'd blow me a little."

"Better get a splint for it then," she groaned, trying to shove him away. It irritated her that he was wrinkling her nightgown. "If that's what it takes to excite you, you can damn well do without." But already she could feel the rubbery tube of his penis growing hard along her thigh. "Go to sleep," she coaxed him. "We're too old to be doing this."