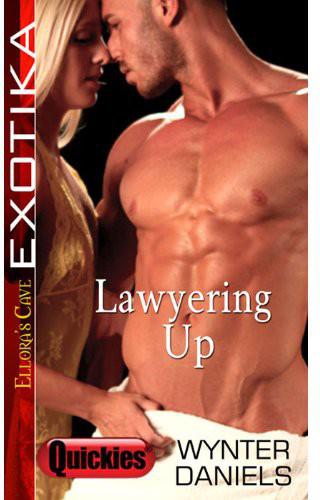 Emmy cringed as the heavy steel door of a holding cell she passed shut with a bone-jarring clang. She continued past the drunk tank and tried to block out the shouts of the inebriated men inside. At least the client she’d just seen had been sober. Conferring with a freshly arrested prisoner still high on something wasn’t her favorite part of the job, but everyone was entitled to a good defense.

“Show me those humongous tits, sweetheart.”

Another inmate made what she assumed were supposed to be kissing sounds although he sounded more like a marine mammal than a person.

After several years as a public defender, she was long past being mortified by the jeers. What made it worse though, was that the catcalls and drunken shouts were the only remotely sexual comments anyone had made to her in far too long. Keeping her head high and her eyes straight ahead, she proceeded to the booking area to turn in her pass and get her driver’s license back.

“Emmy Mahoney?” a vaguely familiar male voice asked from behind her.

She spun around and found her college crush grinning at her. “Rudy!” He was even more muscular than he’d been in school. And she was twenty pounds heavier. She mentally chastised herself for the weight gain, something she did at least once a day.

Before she could say another word, he’d scooped her into his arms for a hug. She breathed in his piney scent. Some things never changed. The man always smelled heavenly. And those green eyes were just as captivating as they’d been six years earlier when they’d been in a small criminal justice study group together at college, when she’d secretly lusted after him. Or maybe not so secretly. She always suspected he knew about the crush she had on him.

He held her at arms’ length. He was as handsome as ever. “Look at you in your fancy business suit.” He tipped his chin at the plastic security badge clipped to her lapel. The warmth that had originally drawn her to him still sparkled in his eyes and eased a fraction of the loneliness that always seemed to plague her lately.

“So I guess you passed the bar. I knew you would. You were obviously the smartest of us all.”