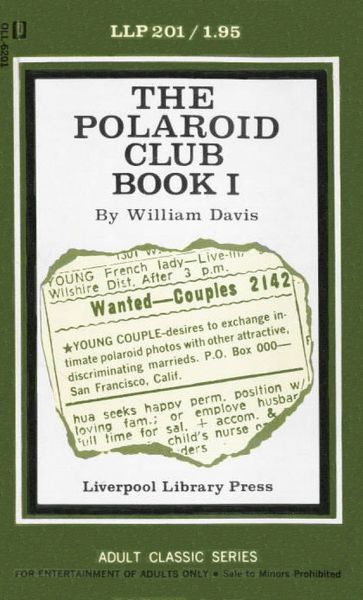 The third anniversary party of the Jamisons was going well. Cindy Jamison, smiling broadly and her ice-blue eyes sparkling, walked out of the kitchen as the last of the dinner dishes were taken from the table by her husband, Howard, and their two party guests, Ralph and Norma Taylor. Cindy was happy; happy because the dinner had gone perfectly, her special potato flambe having earned well deserved praise, and because as she looked at her tall, handsome husband, she realized just how much in love with him she was.

She kissed him fondly on the cheek as he passed her with the gravy boat. "I love you, Howie," she murmured.

Howard grinned, and kissed her back. He looked down at Cindy, once more feeling the stirrings of love and physical attraction which had first excited him, and had never once stopped making him want her over the past three years. Her full, ripe figure nearly burst the tight bodice of her white dress, and the plunging neckline disclosed more than just a casual view of her sun-bronzed breasts, breasts which he knew had been first caressed by him — Cindy having been not only a virgin but a shy, hesitant maiden before their marriage.

She turned and went into the living room, and for a long moment Howard watched the smooth enticing undulations of her buttocks, the twin globes a rhythmic reminder of the warm wet passion she stored between her well-curved thighs. There was just enough dinner wine in him to let his thoughts roam to what was going to happen later, after the Taylors left, and he and Cindy were alone, and in the privacy of their bedroom…

His revery was interrupted by the entrance of Ralph Taylor. He walked out of the kitchen wiping his wide, muscular hands on a dish towel, his face a picture of pleasantness. "Howie, my boy, let's open the champagne now!"