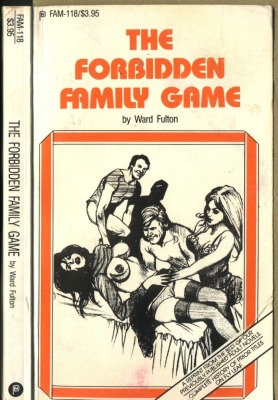 Jill W-was caught at customs with three cakes of "hash" stuffed in a shoe in her luggage. She said of it:

"… In Marrakech you send out a boy with ten dir-hams and he brings you back three cakes of hash. Or maybe only two, and keeps one for himself. Do you know how much ten dirhams is? Two dollars. One ninety-eight, if you want to be accurate. Do you think that for two dollars I'd risk going to jail?"

Convinced that her drug-addict brother secreted the hash in her luggage, she tells her story of their sordid relationship.

"… If I was smuggling, I'd smuggle it in in my bra. Even customs guys would think twice about looking in a girl's bra. When she's wearing it, that is. Oh, they might look at my bra, because of what I've got in there-and they're pretty nice, if I do say so myself. No, I wasn't smuggling any hash… I don't use the stuff. I get my kicks in a different way.

"I know who did stuff that junk in my shoe. Or I can give a pretty shrewd guess. My ever-loving bastard of a brother, Stan. No, I don't mean he's a bastard in that sense. Or is he? You know, could be. And maybe that's why my mother and father had to get married. Legally, I mean. They're swingers. Real swingers. Always have been as far as I know. So maybe they could have had a little accident-my brother Stan. And gotten married. Why my mother ever let me happen I'll never know. Probably drunk as a skunk. Alcohol's their hang-up, not grass or hash or keef or any of the drugs. So far as I know, anyway. And I would. We've romped around the world enough together, following 'the season.'

"When you had a couple of grandfathers who were real squares and spent all their time piling up a few millions, what's to do but spend it? Father's father made his in plumbing fixtures and mother's made his in whiskey-distilling it. And they have been working at keeping the distillery going by drinking up the product Or anybody else's. Mother's partial to French champagnes; father likes bourbon but will drink anything with a high enough alcoholic content. Even retain that tastes like cough medicine with resin in it. Oh, sure. I've tasted it. In Athens. And ouzo. That tastes like they dissolved licorice in it, but it's got a kick like six mules. I sampled that, too. On the Rialto in Venice. I've tasted most of the stuff they swig down, but just a taste. I never liked any of it. Except maybe very good Pol Roget. That tastes like cider with sparkling water. But better. The 'natural'-I never did like the pink, which is for tourists.

"When mother and father started taking me on their trips-I was thirteen or so, then-they thought it was 'cute' to give me sips of their drinks. And see me get tiddley. It never took much more than a sip to do it, then. And I didn't like it. I mean, I felt like a performing bear or something, getting tight for their amusement Maybe that's why I never really learned to like the stuff. Oh, I can drink now. And hold it But I still don't care much for it. Like I said, I get my kicks in another way-sex.

"Stan gets his from junk. Keef, hash, grass, speed, LSD. I don't think he's on the hard stuff-H-yet. And I know he doesn't think much of pop-opium- even though he owns a pipe. From Morocco. The stuff is real easy to get there. Right in the market. The Jamaa el F'na in Marrakech. The Club is just across the square from it.

"The Club? That's the Transit Club, one of a string, all around the world. For real swingers. They have them every place where there's real fun to be had: Paris, Marseilles, Toulon, Athens, Istanbul, Venice, Hong Kong, Macao, Singapore-which is otherwise pretty staid, even stuffed-shirtish, despite Boogi Street. Oh, just about everywhere, I guess.

"They're very private and very, very expensive. To keep out the hoi polloi. And just about anything goes, starting with nude bathing. And ending up with a very competent doctor to straighten you out afterwards, up to and including abortions if you happen to forget your Pill. The paraldehyde consumption must be very high-for sobering up those who get the DT's, But mostly they're just for swingers, people who like their fun easy, such as wife-swapping and buggering, with maybe a little daisy-chaining along the way.