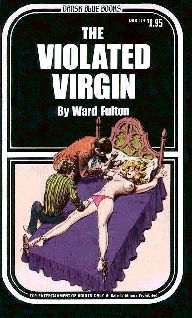 The mall was crowded with students, all eager to take advantage of the sunshine and the soft spring breeze that blew gently off the river.

Every bench was occupied, and even the wide concrete borders which fringed the flowerbeds were jammed with chattering teenagers, their spirits lifted by the final departure of winter and the sight of thousands of daffodils which heralded the approaching season.

The clock on Old Main indicated eleven-thirty, and Suzanne glanced up impatiently as she pushed her way through the throng. Yvonne had said eleven-fifteen. Where was she? Nervously, Suzanne turned and bumped into a tall, blond young man, who grinned at her impudently. "What's the hurry?" he said in a lazy drawl, his eyes quickly scanning her figure approvingly.

"Sorry," she muttered, stepping back, then going on again. Her ears burned as she heard a soft whistle of appreciation before he became lost in the crowd. She smiled to herself; he had been rather nicelooking. But not as handsome as Sam. No one was as handsome as Sam. Oh, why couldn't she have gone with him to Europe? Almost subliminally she heard her mother's voice: "Go to Europe with that young man? Suzanne, you must be out of your mind. What would the neighbors say? Of course, if you got married first…"

Married. who would want to get married at nineteen? Maybe some kids did, but then usually because they had to. And Suzanne had decided when she was fifteen that she was going to wait, at least until she was out of college. Of course, after meeting Sam, she had been sorely tempted.

Sam was a very persistent suitor; it had taken all her will power not to give in to him, not only to his proposal, but his propositions as well.

She felt a tingling in her loins at the memory of his strong face above hers, his hands gently caressing her body, and the suggestive bulge in his pants. That bulge. Oh, how many times hadn't she wanted to reach out and feel it, the way his fingers would feel her breasts. But every time, her mother's voice rang in her ears, and her mounting desires would suddenly turn to guilt and self-recrimination, and Sam would again go home, frustrated and disappointed. No wonder he went to Europe; he was probably sleeping with every available girl he met. At least that's what Yvonne had said to her. Yvonne… where was she?

Suzanne glanced up at the clock again. Eleven-forty. She hated people who weren't punctual, and Yvonne should know better.

"Here you are, darling!"