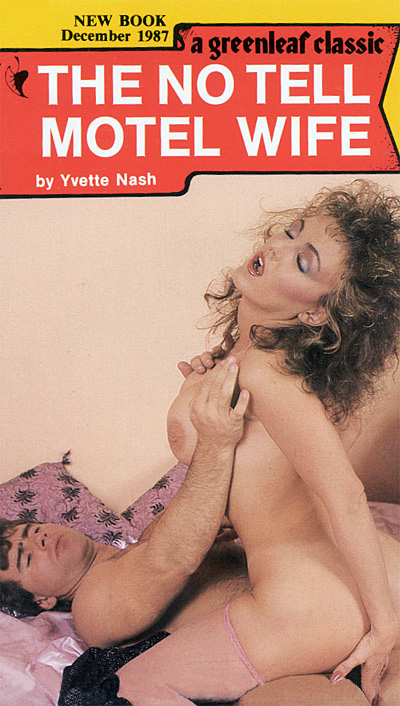 The no tell motel wife

The no tell motel wife

When the storm burst, sending blinding flurries of snow cascading downward, Cynthia was trying to drive home from yet another visit to the resale shops in a nearby town. The back seat was loaded with bags of odds and ends, things she would probably store in the attic with other such purchases. And, as usual, her husband Robert wouldn't care, or even notice. Once he had married her and gotten settled in her family's business, the attention he paid to her slackened off considerably. His disinterest had finally forced her to go on day-long trips to seek out enjoyment by spending money on whatever caught her eye.

She could see that she wouldn't get far in such awful weather, so she pulled into the parking lot of a small motel. She took her purse and fought her way the short distance to the motel's lobby, grateful for a haven from the freezing cold.

"You might be here awhile," the man behind the desk said. "Just heard on the radio that there might be two feet of snow before morning. No luggage, huh? Guess that means you weren't looking for a room."

He smiled as she walked closer, brushing the snow from her coat. The man was handsome. Black hair, brown eyes. Tall and broad shouldered. If she hadn't been married, she would have flirted with him. Robert would hardly ever fuck her, much less talk sexy to her. Not even her purchases could relieve that problem.

"I wasn't planning on staying," she agreed, returning the smile faintly. "After what you told me, though, I suppose I will need a room."

"First or second floor?" he asked, turning the ledger toward her.

"It doesn't matter," she muttered as she signed in. "Anything will do."

Damn Robert and his screwing around. If he wasn't always so busy with the company and other women, she would be home now, safe and warm. Instead, she was going to have to stay in a strange place, sleep in a strange bed, and pay to do it.

She dug into her purse for some money. Silently she handed over payment for one night. If she had to stay longer, she would put it on her charge card.

"How about 103?" the man inquired as he selected a key. "Towards the back and near the kitchen. Since there'll probably only be the four of us here, it'll be easier on all of us."