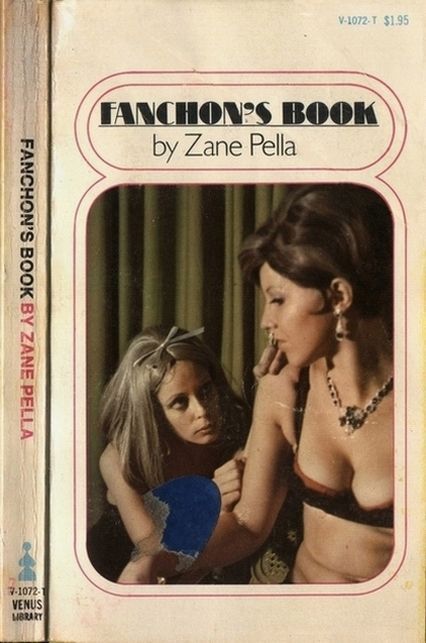 A visible ripple traversed the arc of Rosalba's spine as she crouched to dry my feet. Ah, how she adored me! Even through the fabric of her uniform I could see the sinuous signs of emotion. In her solicitous hands the bath towel became an expression of love, a thick-napped caress; its diligence to duty seemed scarcely more than subterfuge.

Dear, devoted Rosalba, so demonstrative. Her ingratiating zeal saddened me in a way, foreshadowing the end of an era. Our parting was imminent and I dreaded the loss of her sweet services. They seemed even sweeter now, rendered with such guileful innocence when there was so little purpose to seductive tactics. Today of all days I hadn't expected.

But she was already dabbing up my legs. I tingled in amused impatience as the coyly enterprising courtship progressed, her ever encroaching touch setting the sensitive skin of my thighs aglow. Such a sly suitor, my Rosalba; did she think she was fooling me with those artful endearments?

Her hushed breathing sounded a new, emboldened note. I heard the throaty modulation, strange yet piquantly familiar, sex-charged; in the stillness of the tiny bathroom its implicit urgency was intensified a thousand fold by the echo-chamber effect of the tiled walls. I knew she wanted me. Desperately. Now even the most subtle of soft gestures could only betray the true objective of her cunning campaign.

Nevertheless she persisted hopefully, tempering illusion with reality. In the guise of the utilitarian towel, Rosalba's caress grew daringly amorous one moment and discreetly affectionate the next. Yet, somehow, she managed to maintain a certain semblance of propriety-as if she understood only too well the caste-oriented relationship between maid and mistress.

Well, something like that. The incongruous notion sent a chuckle to my lips. But her gliding movement swerved suddenly and the laughter strangled in the tightened tourniquet of my nerves, emerging as a distracted moan that registered desire even in my own ears. The fleecy touch had become an exquisite invasion; I felt it in the moist intimacy of my flesh-drying me?-backed up by sedulously forceful fingers.