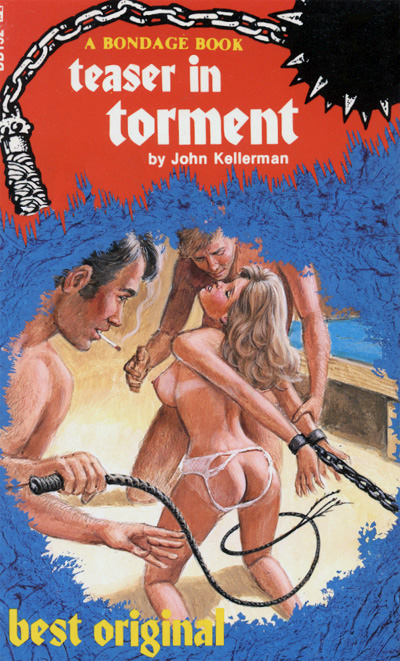 He was a little wiped out from the beer he'd been putting down. He pushed me down the hall towards a bedroom. I could hear giggles from an occupied room as we passed.

"I… I'd rather stay with the other kids if you don't mind."

"Shit, almost everybody else is in a bedroom… or hunting for one."

Barry laughed and spilled some of his beer on the rug. He kissed me then and I tasted the alcohol on his lips. He was such an easy one. I'd been driving him half-crazy all night and enjoyed every minute of it. I let him push his tongue between my teeth, tickling the underside of it with my own until he moaned and shoved his body against me. My silk dress clung to my body. Barry's hands were hot as he searched out the sharp curve of my waist and then fumbled to get under the hem.

"I'll do the touching," I whispered, grasping his wrist hard, letting him feel my nails. Barry grunted, let his hand go limp. Then I spread my fingers down the front of his pants. He was all shoved out in the crotch and the heat excited me. I could feel the shape of his cock all bent over inside his shorts. As I rubbed his dick, Barry moved his hips so that the shaft straightened, held against his belly by the elastic of his underwear.

I shook my head. I was squeezing the long, hard snake, forcing my nails into the material of his pants.

"Robyn… you're killing me!"

I giggled and tilted my chin up so he could kiss my neck.