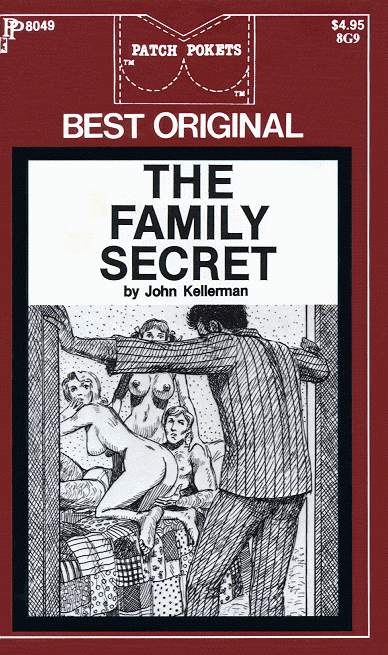 The pilot's voice had just come through the intercom saying something about perfect flying weather and night time temperatures at the airport where they'd be landing. But Vicky wasn't really paying much attention. Her pink tongue stuck a little ways out of her mouth as she bit down on it and her blue eyes fluttered half open. She'd turned off her reading light long ago and pulled her windbreaker across her lap. The plane wasn't crowded and she had the whole seat to herself.

"Uhnnnnn… ohhhhh… it is going in!" she breathed to herself, wiggling her middle finger back and forth. The dainty folds of her slit felt so soft… so velvety warm. And she was wet, too. Wet and slippery where her juices had flooded out. She spread her bare feet on the floor under the seat in front and pointed her toes. As her calf muscles bulged and the strands along the insides of her thighs stiffened she felt the tension build too. Her finger seemed suddenly to penetrate some delicate barrier and she let herself moan louder than she should've. But it was exciting! Her middle finger was sliding easily now, going in all the way to the last knuckle.

She'd thought her outer folds were soft, but inside her unsullied little pussy it felt like the fields of heaven itself. In a flash she knew why boys were so damned interested in getting their hot, stiff cocks inside a girl's body. It probably felt wonderful to them to rub against all that slick softness she was touching with her fingertip.

"Nuuuhh… Mmmmmmm… Ohh wow!" She wallowed her head in her pillow and worked her slim hips up and down on the seat as her finger explored her insides for the very first time. The thought that she was no longer a virgin occurred to her. Well, not strictly a virgin anyway. But her finger wasn't very big and it hadn't hurt at all really. She touched and probed, licking her upper lip, concentrating.

"God… Ohhh God it's weird!" She was wondering how deep her little hole went. Since boys were all sizes, girls probably were too. She thought of ears and noses and the way her brother's cock looked when he stepped out of a shower. She hadn't seen it since he was a teenager and he was twenty-five now. But she'd noticed the lump in his jeans plenty of times. She was remembering when he'd taken her to the plane a month before. He'd been eyeing some wild-looking stewardess and his pants had bulged right before her eyes. Vicky had almost found the nerve to kid him about it but the plane had been called and she'd hurried out. Her Aunt Patricia's husband had died and she'd gone to keep her company for a while. Now, with the plane nearing Rocksford, she was glad to be getting back home before the year was completely shot.

"Ohhhh… Ohhhh God yesss…" She was squirming as her bent thumb brushed her clit. The tiny lump of softness swelled suddenly as if pumped up with water. It felt very hot. She rubbed the nubbin again and a shot of the most glorious sensations burst through her. She touched again, faster, harder.

"Uhhnnnn… Ohh… Nuuh… Mnnnnn…!" Her fingers worked frantically now as she discovered the super-sensitivity of that special spot. She'd suspected before that her clit had something very important to do with happiness. But she'd never suspected anything like this! She'd never even brought herself off, though she'd heard lots of stories from girls who had. The stories had scared her some. A few of the girls swore they'd fainted. One said that she'd gotten headaches from playing with herself but still couldn't keep from it. So Vicky had taken her time to get used to her body.

The first few times she'd just stripped before a bath and examined her mound with a mirror, not daring to touch. Then, in a warm tub, she'd smoothed her tender cunt lips with soapy palms, getting used to the subtle friction which made her shudder with anticipation.

At her aunt's house she'd become bored and started to explore more thoroughly. Using a much-creased page from a hygiene book as reference, she'd identified each and every part between her down-covered labia. But that hadn't told her much really. The inner labia seemed more like the dainty petals of a flower really. And her clitoris was a shapeless little nub of moist, raw flesh hooded slightly by warm moist folds. The diagram indicated that this spot was the seat of female sexual response. At the time Vicky hadn't tried to find out if that was true or not. Now there was no doubt in her mind!

"Ghhaaaaa… I can't stand it," she breathed, wiggling furiously against the seat as her fingers dug and played in the messy juices. She'd felt something even wilder now… an insatiable tickle that was fast growing to a crazy itch, an itch that seemed to make her half crazy with wanting to scratch. But the more she scratched, the more intense the feeling became. Now her lungs sucked air in violent gasps and her toes tingled. Muscle tremors ran up and down her young thighs. Her short dress had hiked up above her panties now and her jacket had slipped to the floor. Somehow Vicky couldn't bother with all that. She'd eased her pink nylon panties down long before, so now her feverish cunt was there for anyone to see who might happen by. But it was late and the old man across the aisle was snoring under his newspaper. The stewardess was probably having herself a stiff drink somewhere. Vicky probed deeper with her middle finger and rubbed her thumb in slow circles against her tumid clit.