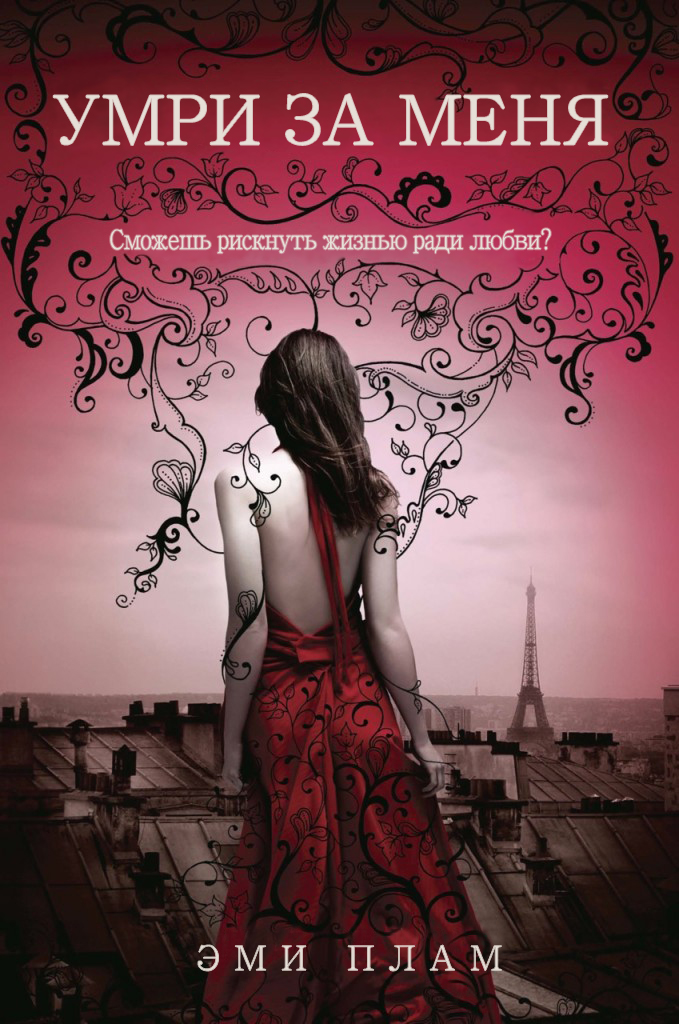 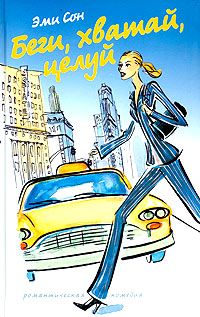 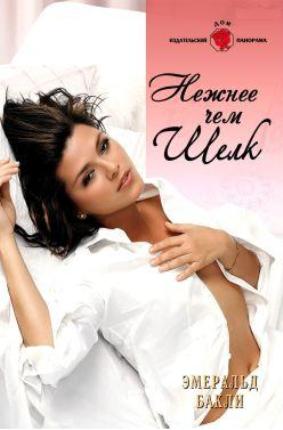 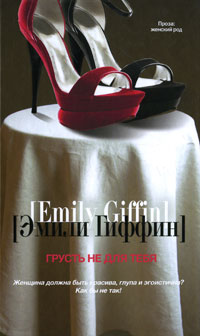 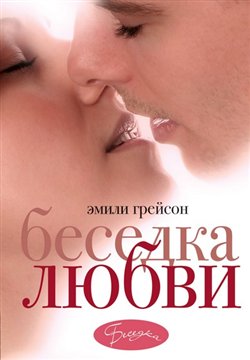 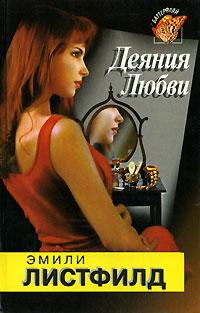 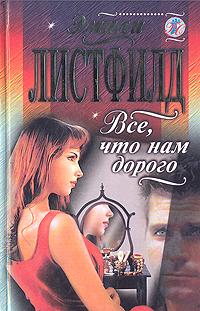 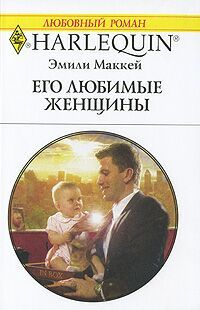 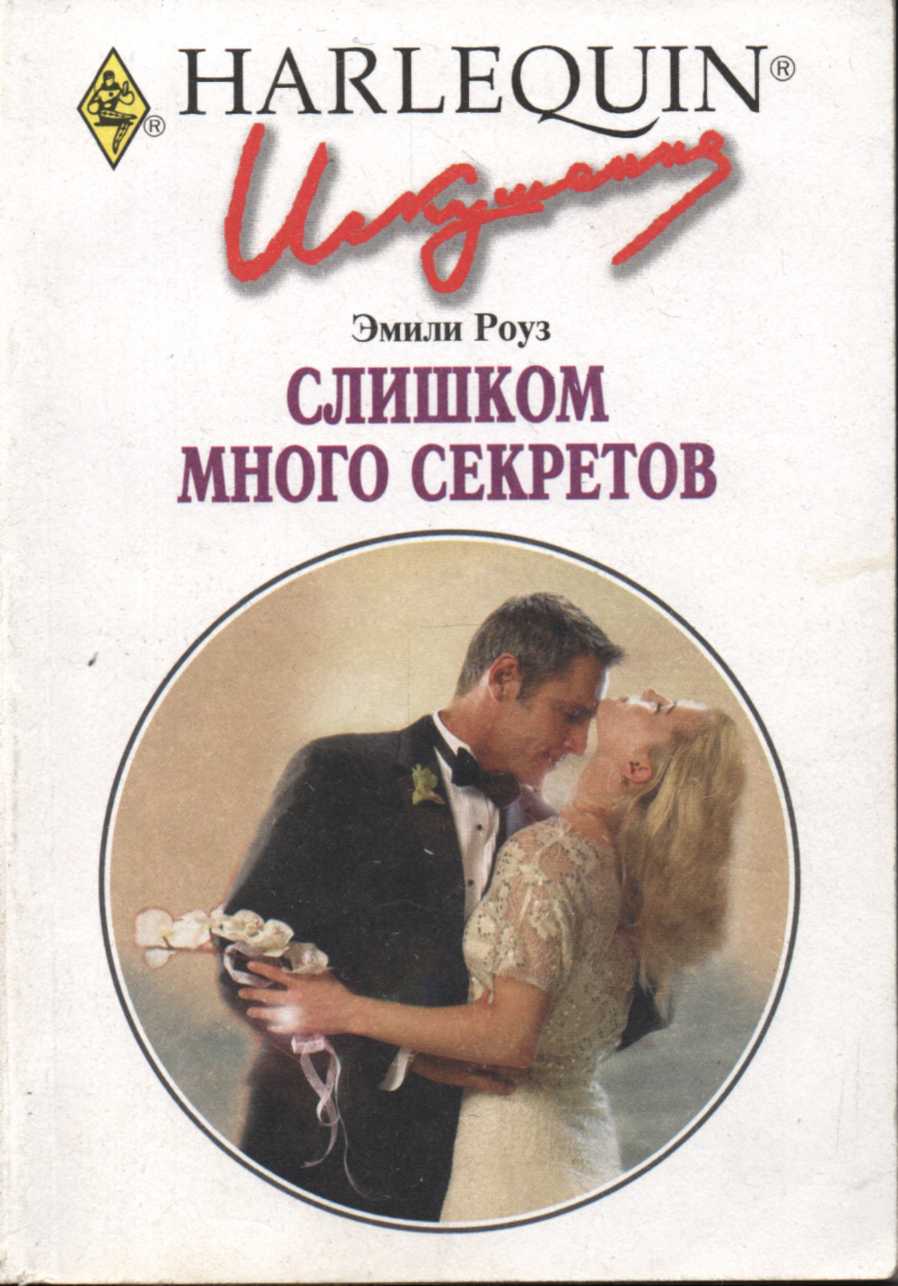 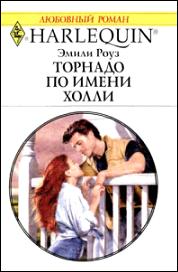 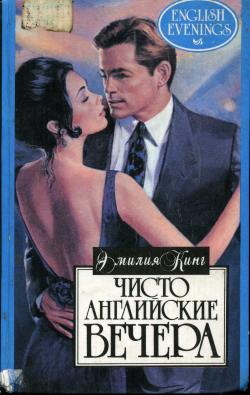 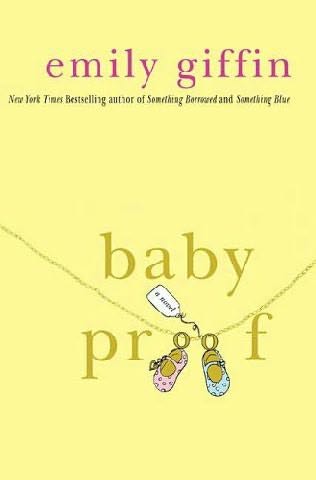 Baby proof
Claudia and Ben seem to be the perfect couple. Ever since their first date, when they discovered that neither saw children in their future, the path of their relationship seems destined to succeed. They envisage a life filled with freedom, possibility and exploration. Claudia and Ben are together because they want to be, not because children are caging them with eighteen years of obligation. But things don't always stay the same. Ben's best friend and his wife get pregnant, and suddenly Ben changes his mind. He does want children after all. This is the story of a couple at a crossroads - and a woman who must decide what she wants most in life. BABY PROOF explores searing emotional consequences and impossible dilemmas with sensitivity and wit, depth and lashings of heart. 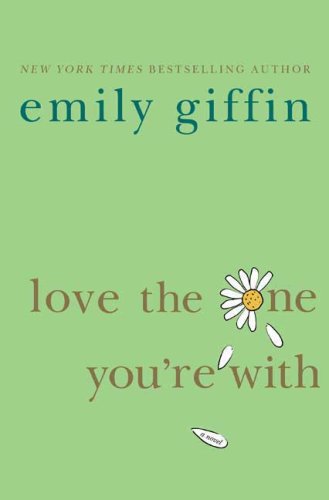 Love the one youre with

Love the one youre with
Ellen's relationship to Andy doesn't just seem perfect on the surface, it really is perfect. She loves his family, and everything about him, including that he brings out the best in her. That is, until Ellen unexpectedly runs into Leo. The one who got away. The one who brought out the worst in her. The one she can't forget. This is the story about why we chose to love the ones we love, and why we just can't forget the ones who aren't right for us. Emily Giffin brings both humor and heart to her novels and has an uncanny ability to tap into the things women are really thinking and feeling. With LOVE THE ONE YOU'RE WITH, she proves, once again, why she is the fastest rising star of women's fiction writing today. 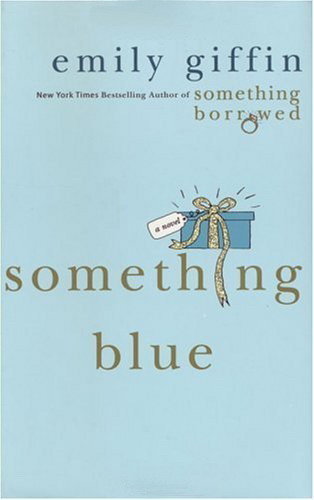 Something Blue
For fans of Sex in the City and Marian Keyes, an unputdownable, romantic read Thirty years old, successful and stunning, Darcy Rhone used to think that 'being down and out' meant not finding a size four at the Barney's Warehouse Sale. Now she is pregnant, unmarried and recovering from a broken engagement to Dex and the betrayal of her ex-best friend Rachel who stole Dex's affections. Marcus, Darcy's new man and father of her baby, helps her paper over the cracks in her seemingly charmed life, but reality quickly catches up. A few months into her pregnancy, she loses the second boyfriend in a row. For the first time in her life, she is completely alone. Frantically casting around for help, she calls upon Ethan, an old high school friend, and convinces him to let her stay with him in London for a few weeks to get her act together. Little does she know what she's in for when she boards to plane to cross the Atlantic, but as weeks turn into months, Darcy makes a surprising discovery. Preparing for motherhood and settling into a new career, she builds herself a new life from scratch, finally finding romance - in the most unexpected place. 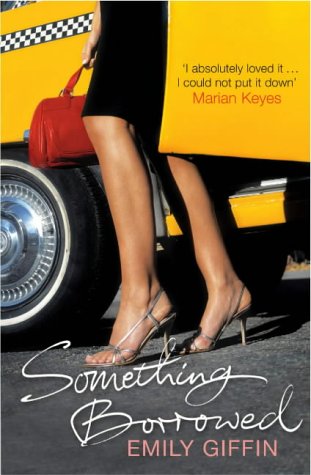 Something borrowed
Rachel White and Darcy Rhone have been best friends since childhood. They've shared birthdays, the horrors of high school and even boyfriends, but while Darcy is the sort of woman who breezes through life getting what she wants when she wants it, Rachel has always played by the rules and watched her stunning best friend steal all the limelight. The one thing Rachel's always had over Darcy is the four-month age gap which meant she was first to being a teenager, first to drive, first to everything ...but now she's about to be first to thirty. And Darcy still has a charmed life. On the eve of her thirtieth birthday, Rachel is shocked to find herself questioning the status quo. How come Darcy gets a glamorous job at a PR firm and the perfect boyfriend, while Rachel grinds away at her despised job as an attorney and remains painfully single. Is it just luck? Or, looking back at their friendship and their lives together, is it a bit more complicated than that? Then an accidental fling complicates everything, and it's time for Rachel to make a few hard choices. And she's suddenly forced to learn that sometimes true love comes at a price ...  Praise for Something Borrowed     "Page-turning, heartbreakingly honest… Instead of falling back on easy chick-lit cliches, Giffin deftly depicts the hopeful hearts behind an unsympathetic situation."     -Entertainment Weekly, Grade A     "What kind of self-described 'nice girl' would sleep with her best friend's fiance? One who's seriously flawed, like this delightful debut novel's heroine, but also surprisingly winning and real."     -Glamour     "The characters are authentic and thus familiar… Captures what it's like to be thirty and single in the city, when your life pretty much revolves around friendships and love and their attendant complexities, rivalries, and hoped-for happily-ever-afters."     -San Francisco Chronicle     "A contemporary fairy tale… should spark a laugh or three in any gal who has served as handmaiden to Bridezilla."     -Time Out New York     "Both hilarious and thoughtfully written… You may never think of friendships-their duties, the oblique dances of power, and their give-and-take-quite the same way again."     -The Seattle Times     "One of the hottest books of the summer."     -Atlanta Journal-Constitution     "Sharply observed and beautifully etched."     -Newark Star-Ledger     "Sprightly… dead-on dialogue, real-life complexity, and genuine warmth."     -Sarasota Herald- Tribune     "Giffin's attention to detail and love for her central female characters gives Something Borrowed an endearing edge… goes beyond a selfish quest for love to take a semicritical look at female relationships."     -Ripsaw Magazine     "Emily Giffin brings a fresh new voice to women's fiction. Something Borrowed is a deftly written and convincing tale of a friendship gone comically-and at times poignantly-awry."     -Meg Cabot, author of The Boy Next Door and The Princess Diaries     "Something Borrowed is a winner; it has rare emotional depth. Rachel, a perpetual self-sacrificing nice girl, shocks herself by launching an affair with her evil best friend's fiance. This first savage blow for freedom sets off a chain reaction that will inspire pathologically nice girls everywhere to strike savage blows of their own. After reading Giffin's debut, I've decided never to be nice again. And I wasn't very nice to begin with. Now I am totally unencumbered. Whew."     -Valerie Frankel, author of The Accidental Virgin and The Not-So-Perfect Man     "Something Borrowed is a luxurious page-turner of a debut novel that marks the arrival of a tremendously bright, clever new voice in women's fiction. In quick-moving, captivating prose punctuated with dead-on dialogue, Giffin deftly captures complexity and humor of love, betrayal, career, and friendship for a city girl at the edge of thirty; you'll forget this is just a novel, and won't want to put it down."     -Alisa Valdes-Rodriguez, author of The Dirty Girls' Social Club and Playing with Boys     "I absolutely LOVED it and read it in two sittings because I could not put it down… Something Borrowed is a very well written-nice spare prose, which kept me pressing forward, agog to know what happened… Such a compelling, engrossing, and uplifting book."     -Marian Keyes, author of Sushi for Beginners 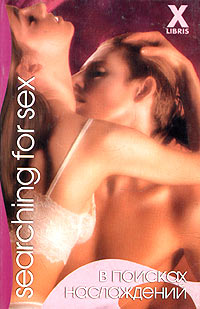 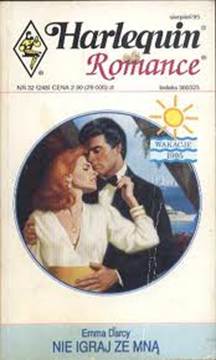 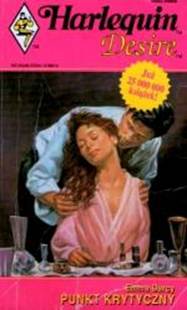 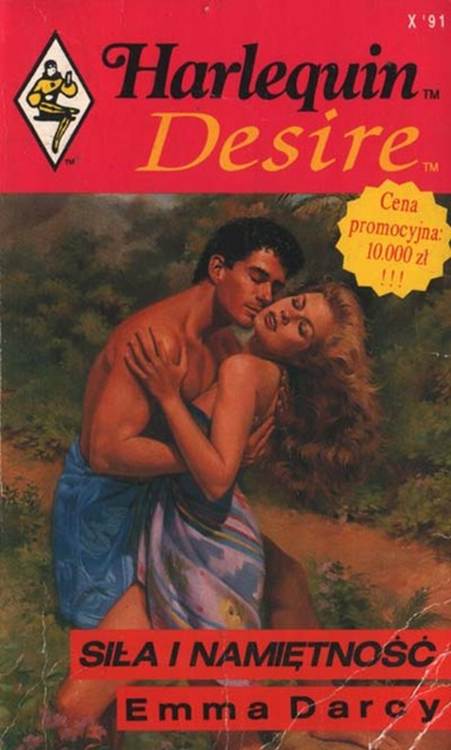 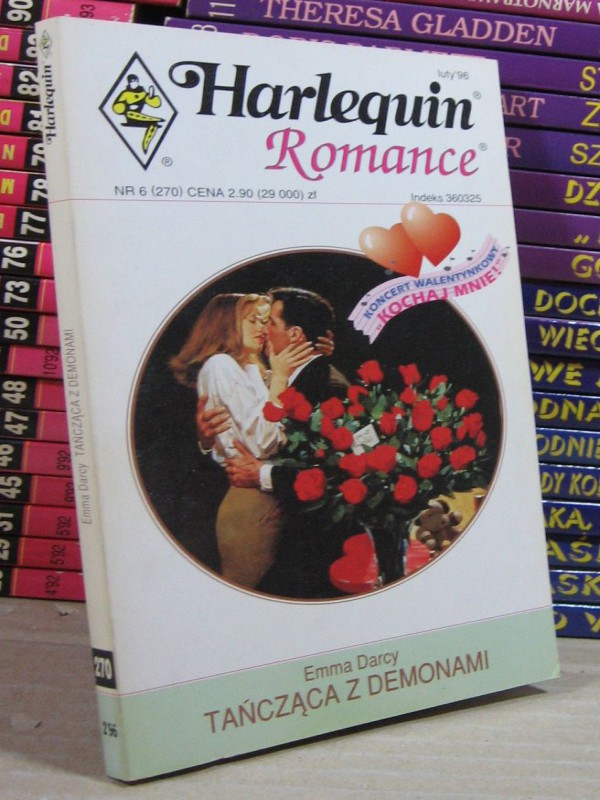 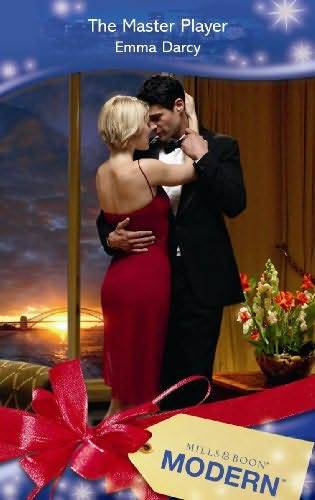 The Master Player
When scandal threatens the star of his network, media baron Maximilian Hart whisks beautiful Chloe away from the prying paparazzi. Where better to hide this innocent beauty than the Hart mansion.? But the handsome tycoon's plan isn't just about protecting his investment – he wants Chloe in his bed! Max might have swept her out of the fire, but Chloe finds herself in a raging inferno: Max is the master player when it comes to business and seduction… 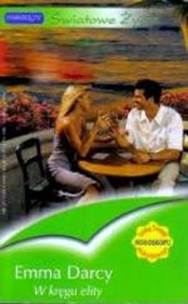 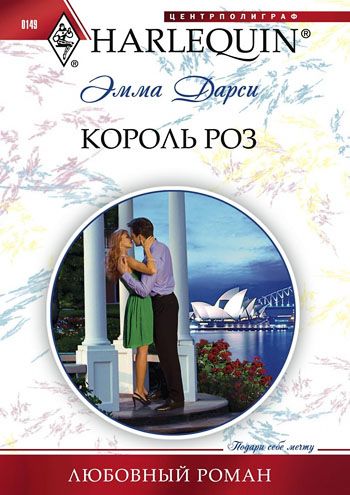 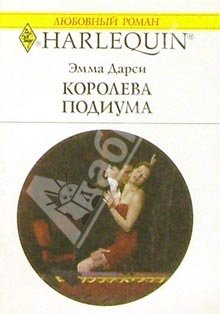