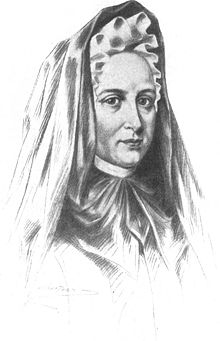 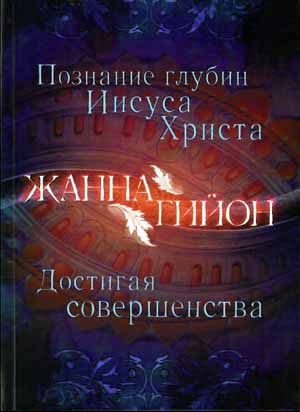 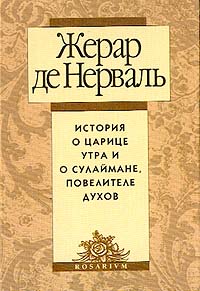 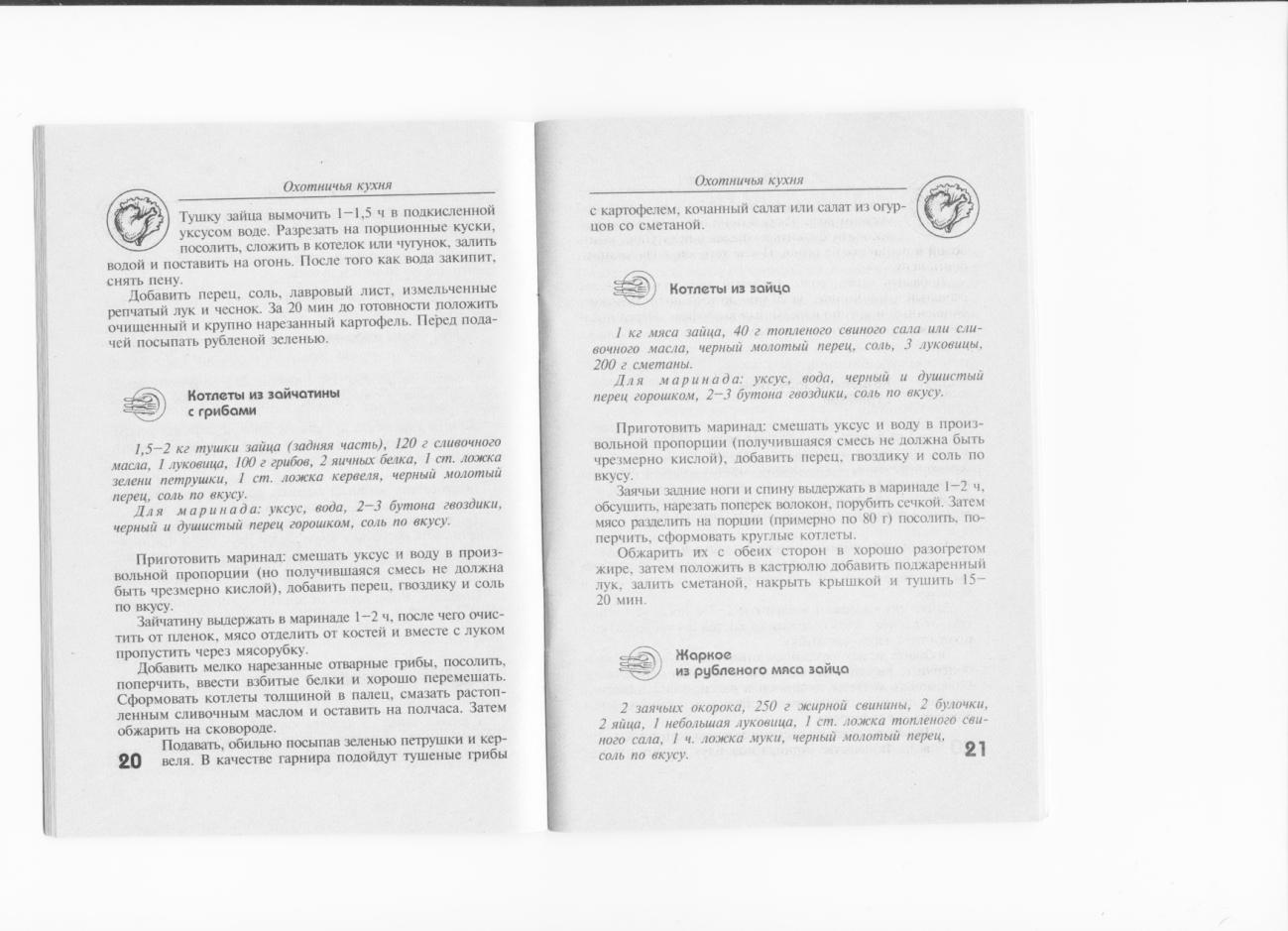 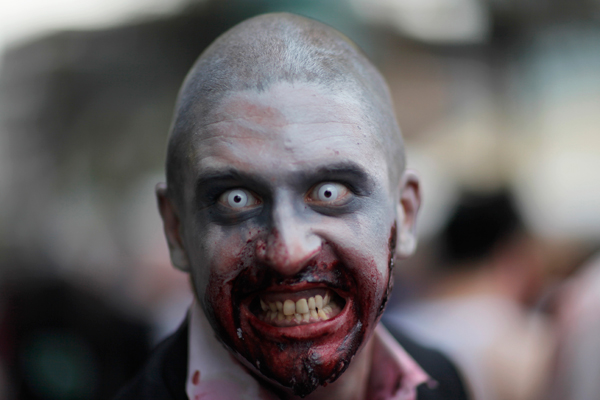 A March on London: being a story of Wat Tyler's insurrection

A March on London: being a story of Wat Tyler's insurrection
The king is going to mass at Westminster, the knight said, and after that he will ride round the city. I shall go myself to Westminster with him, and you can both ride with me, for it may be that the king on his way may be met by the rabble, which is composed of the worst and most dangerous of all who have been out, for in addition to Tyler's own following, there will be the prisoners released from all of the jails and the scum of the city. We will ride in our armour. They say there are still 20,000 of them, but even if the worst happens we may be able to carry the king safely through them. __________________ About the Author G. A. Henty (1832-1902), was known as The Boy's Own Historian. His life was filled with exciting adventure. Completing Westminster School, he attended Cambridge University. Along with a rigorous course of study, Henty participated in boxing, wrestling, and rowing. The strenuous study and healthy, competitive participation in sports prepared Henty to be with the British army in Crimea. Shortly before resigning from the army as a captain in 1859 he married Elizabeth Finucane. The couple had four children. Elizabeth died in 1865 after a long illness and shortly after her death Henty began writing articles for the Standard newspaper. In 1866 the newspaper sent him as their Special Correspondent to report on the Austro-Italian War where he met Giuseppe Garibaldi. He was present in Paris during the Franco-Prussian war, in Spain with the Carlists, at the opening of the Suez Canal, toured India with the Prince of Wales (later Edward VII) and took a trip to the California gold fields.  G. A. Henty's storytelling skills grew out of tales told to his own children. After dinner, he would spend an hour or two in telling them a story that would continue the next day. Some stories went on for weeks! A friend who was present one day suggested that he write down his stories so others could enjoy them. He wrote his first children's book, Out on the Pampas in 1868, naming the book's main characters after his children. Henty wrote approx. 144 books plus stories for magazines and was dubbed as The Prince of Story-Tellers and The Boy's Own Historian.  On November 16th, 1902, Henty died aboard his yacht in Weymouth Harbour shortly before he finished his last novel, By Conduct and Courage, which was completed by his son Captain C. G. Henty. 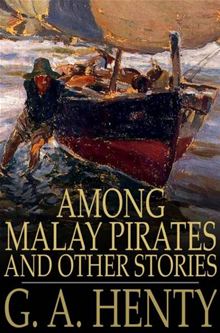 Among Malay Pirates
“I wish most heartily that something would happen,” Harry Parkhurst, a midshipman of some sixteen years of age, said to his chum, Dick Balderson, as they leaned on the rail of her majesty's gunboat Serpent, and looked gloomily at the turbid stream that rolled past the ship as she lay at anchor. “One day is just like another—one is in a state of perspiration from morning till night, and from night till morning. There seems to be always a mist upon the water; and if it were not that we get up steam every three or four days and run out for twenty-four hours for a breath of fresh air, I believe that we should be all eaten up with fever in no time. Of course, they are always talking of Malay pirates up the river kicking up a row; but it never seems to come off.” _____________________ So, those two young shipmates wish out loud for some excitement and immediately get it. 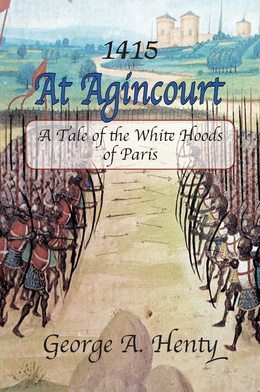 At Agincourt
Agincourt is the quintessential English battle. Outnumbered English forces meet the French on the battlefield, and through courage, tenacity, (and a wicked Welsh weapon called a longbow), they win the day. While Henry V was triumphant, and was immortalized by Shakespeare for his victory, his gains were later squandered by his son, Henry VI, so ultimately not much was accomplished. In this Henty book, Guy Aylmer is an English squire and the son of a knight. He travels to Villeroy, in France, where his lord has a castle, but is swept up in it's defense when it is attacked by Orleanist forces. He winds-up as a prisoner in Paris where he and his charges are assaulted by the White Hoods-the butchers of Paris. After several adventures and escapes he later returns to France with King Henry V and fights in the Battle of Agincourt. Henty's History Series Learning History Through Fiction The Henty series is a unique way of learning about history. It consists of over 80 novels, each written by George A. Henty, and each featuring a significant historical person, period or event. * Perfect for busy people who have never lost their desire to learn. * An ideal way for homeschool students to learn history. * 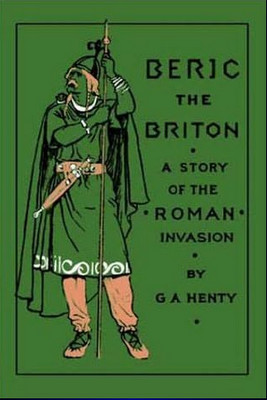 Beric the Briton
The invasion of Britain by the Roman legionaries is the setting for this story. Beric, a boy-chief of a British tribe, takes a prominent part in the insurrection against Rome under Boadicea. These efforts are useless against the might Roman army. For a short time, Beric and his companions continue the fight but are ultimately defeated and taken prisoners to Rome. Through the eyes of Beric, the reader will learn of life in Rome, the gladitorial schools, the great fire and life in Nero's court. This classic work by the masterful hand of G. A. Henty will shed light upon an event much neglected in history today. Bonnie Prince Charlie
Ronald Leslie, the son of a French heiress and a Scottish officer in the service of the French, is rescued as a baby from the hands of his parents' enemies and taken to safety in Scotland. While still a youth he determines to search in France for his father and mother, and his  bold and enterprising spirit lands him in one dangerous situation after another. He sails back to Scotland with Bonnie Prince Charlie in his attempt to regain his kingdom, and, although wounded at the Battle of Culloden, escapes with his life and continues his search for his parents. 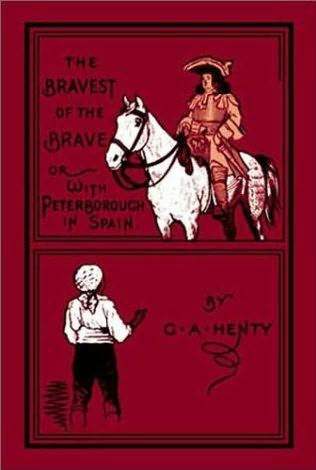 Bravest Of The Brave

Bravest Of The Brave
Henty again turned his attention to the war fought in Queen Anne’s reign. The little known but remarkable and eccentric Charles Mordaunt, earl of Peterborough, served the Crown as admiral and general, diplomat and ambassador. He led English forces in the War of the Spanish Succession and in a remarkable siege captured Barcelona and installed an Austrian archduke as king of Spain. Henty states in his preface that Peterborough “showed a genius for warfare which has never been surpassed, and performed feats of daring worthy of taking their place among those of the leaders of chivalry.” Orphaned and ornery, Jack Stilwell begins life with two strikes against him. A frustrated uncle turns him over to an impressment gang and off he goes to Spain to join Peterborough. As an aide-de-camp to the general, he survives several adventures, faces down an angry mob bent on killing unarmed citizens, and helps the General in all the military actions in Spain. Jack also serves under Marlborough, exhibiting all the strength of character and valor expected of an English officer. This action-packed story ends with the former orphan a respected colonel and a member of Parliament. 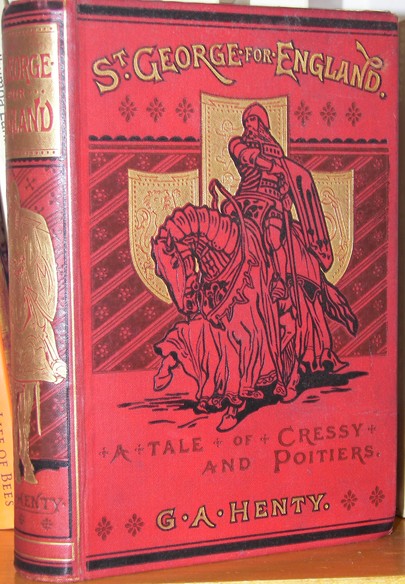 St. George for England: A Tale of Cressy and Poitiers

St. George for England: A Tale of Cressy and Poitiers
Typical Henty, good history but lots of names and places to keep track of. A decent story of a young Englishman who earns his spurs. 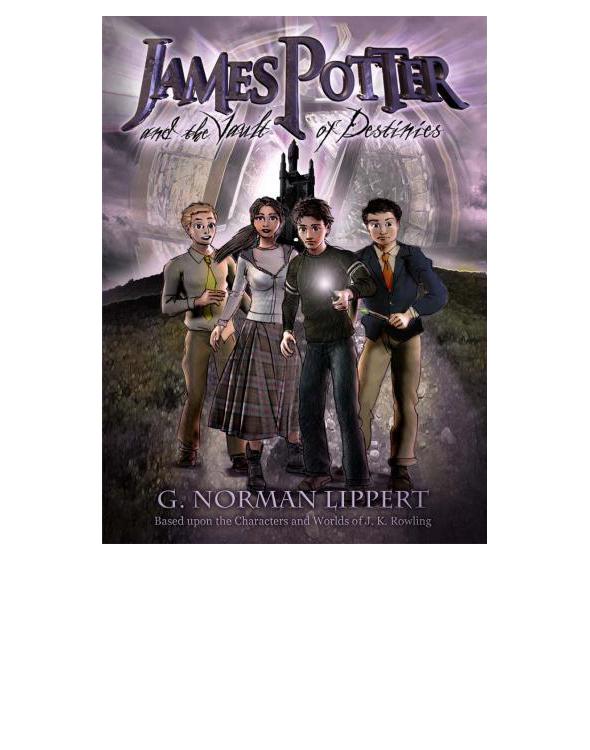 JAMES POTTER AND THE VAULT OF DESTINIES 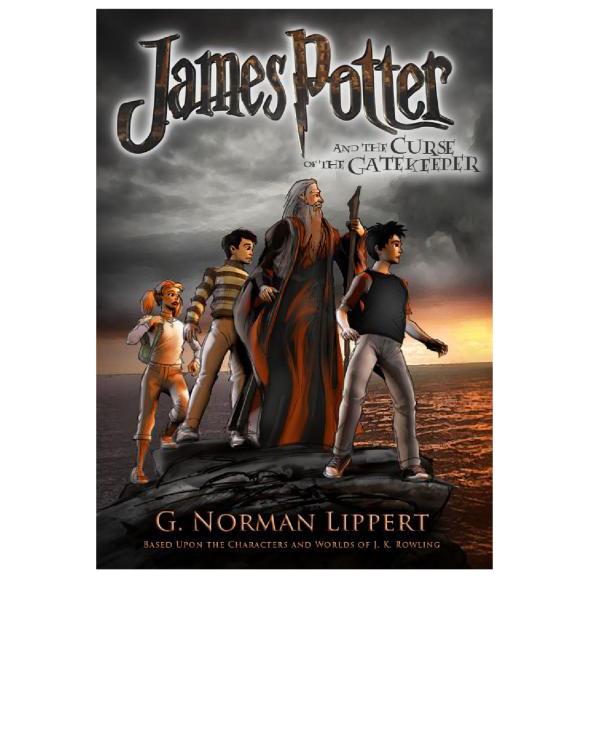 James Potter and the Curse of the Gatekeeper 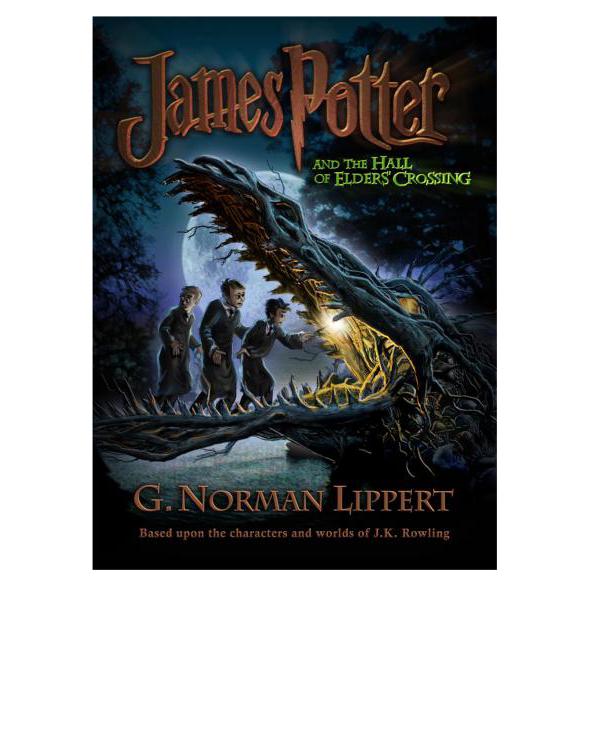 James Potter and the Hall of the Elders' Crossing 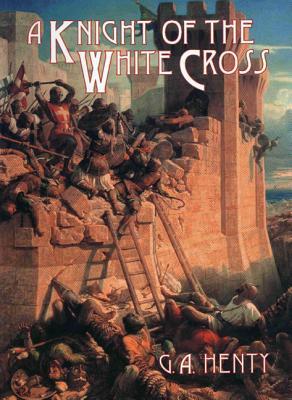 A Knight of the White Cross

A Knight of the White Cross
Gervaise Tresham, the hero of this story, joins the Order of the Knights of St. John, and leaving England he proceeds to the stronghold of Rhodes. Subsequently, Gervaise is made a Knight of the White Cross for valor, while soon after he is appointed commander of a war-galley, and in his first voyage destroys a fleet of Moorish corsairs. During one of his cruises the young knight is attacked on shore, captured after a desperate struggle, and sold into slavery in Tripoli. He succeeds in escaping, however, and returns to Rhodes in time to take part in the splendid defense of that fortress. Altogether a fine chivalrous tale of varied interest and full of noble daring. 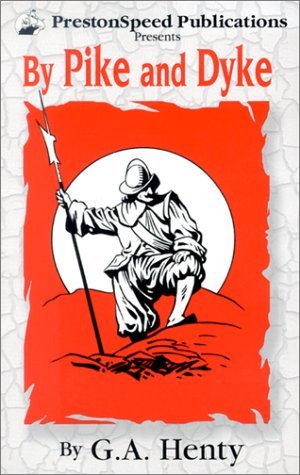 By Pike and Dyke: A Tale of the Rise of the Dutch Republic 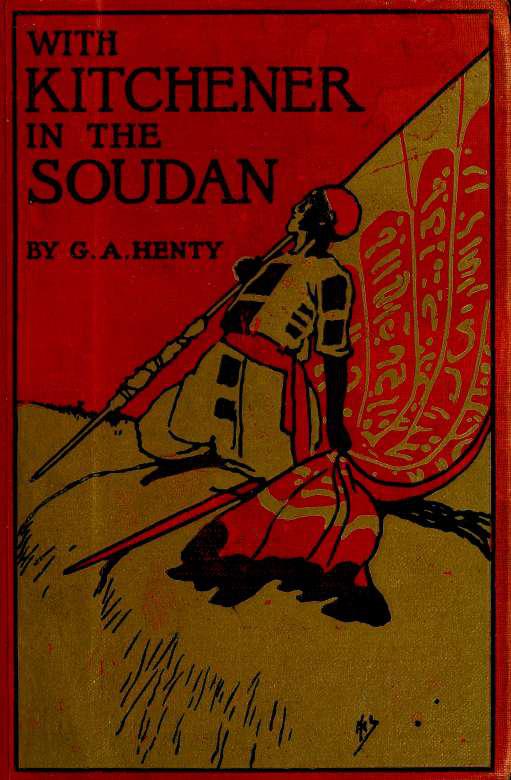 With Kitchener in the Soudan : a story of Atbara and Omdurman

With Kitchener in the Soudan : a story of Atbara and Omdurman
Gregory Hilliard Hartley is a young man, brother to the heir of an English estate. When he marries a young lady lower on the social ladder than his father wished, he was expelled from his father's house. He soon travels to Egypt, due to his knowledge of Arabic, and obtains employment with a merchant firm. When the Dervishes attack and destroy his employer's warehouse, he joins the army under Hicks Pasha as an interpreter. The expedition is destroyed, and no news is heard of Gregory. His wife lives in Cairo, uncertain of his fate. Years pass, and she brings up their young son, also named Gregory, and ensures that he is taught several native languages. When she dies, Gregory is left alone in the world, with a small bank account and a mysterious tin box only to be opened when he is certain of his father's death. Gregory obtains a position as interpreter in the expedition under Lord Kitchener which is advancing into the Soudan to attack the Dervish forces. He endures many hardships and dangers in the great campaign, and gains high distinction, while continuing his search for his father. Soon, a discovery leads him to a clue, and the tin box, once opened, reveals a surprising discovery about his true identity. 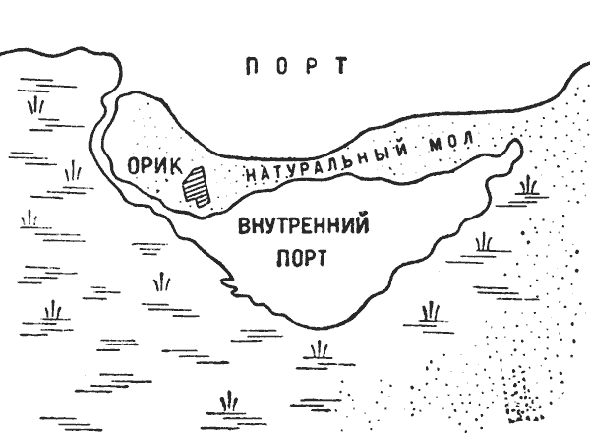 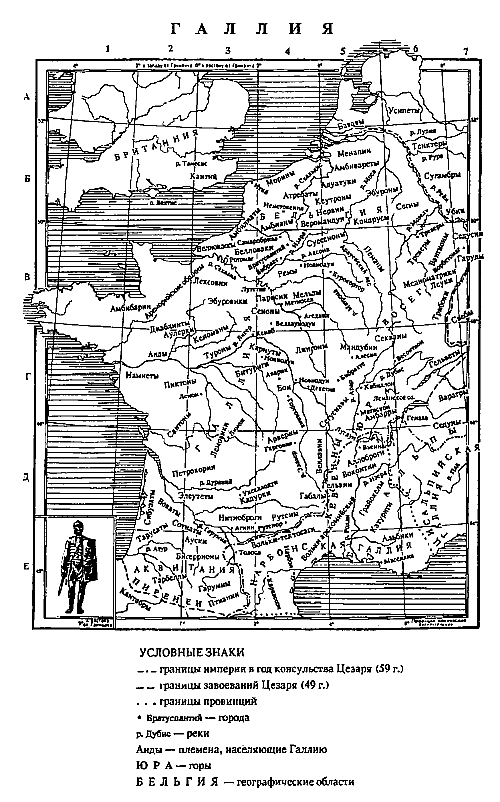