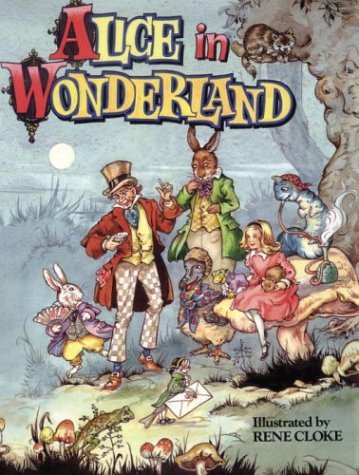 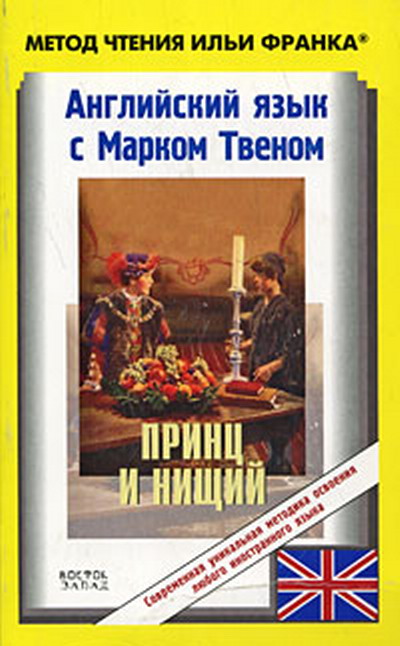 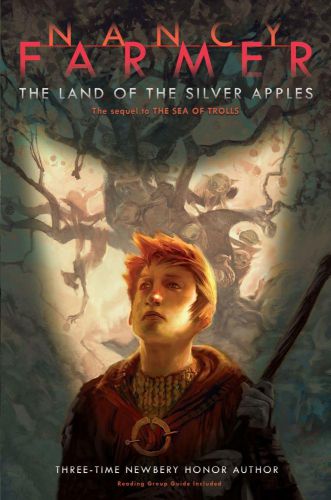 The Land of the Silver Apples

The Land of the Silver Apples
Sometimes magic doesn’t always do what one intends… especially when one is a bard-in-training. A New York Times bestseller. 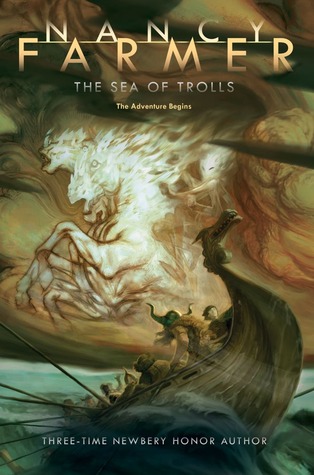 The Sea of Trolls

The Sea of Trolls
Jack was eleven when the berserkers loomed out of the fog and nabbed him. “It seems that things are stirring across the water,” the Bard had warned. “Ships are being built, swords are being forged.” “Is that bad?” Jack had asked, for his Saxon village had never before seen berserkers. “Of course. People don’t make ships and swords unless they intend to use them.” The year is A.D. 793. In the next months, Jack and his little sister, Lucy, are enslaved by Olaf One-Brow and his fierce young shipmate, Thorgil. With a crow named Bold Heart for mysterious company, they are swept up into an adventure-quest that follows in the spirit of “The Lord of the Rings.” Award-winner Nancy Farmer has never told a richer, funnier tale, nor offered more timeless encouragement to young seekers than “Just say no to pillaging.” 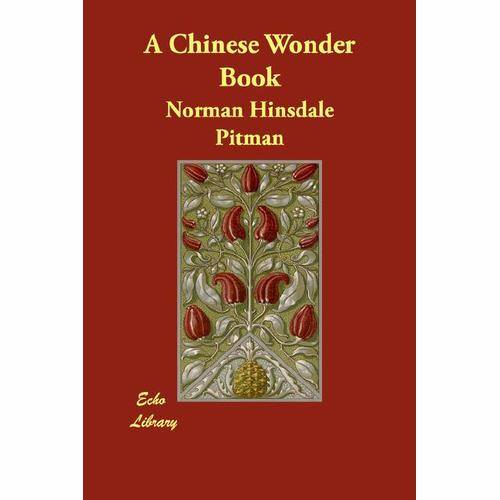 A Chinese Wonder Book
An excellent collection of tales with beautiful illustrations. 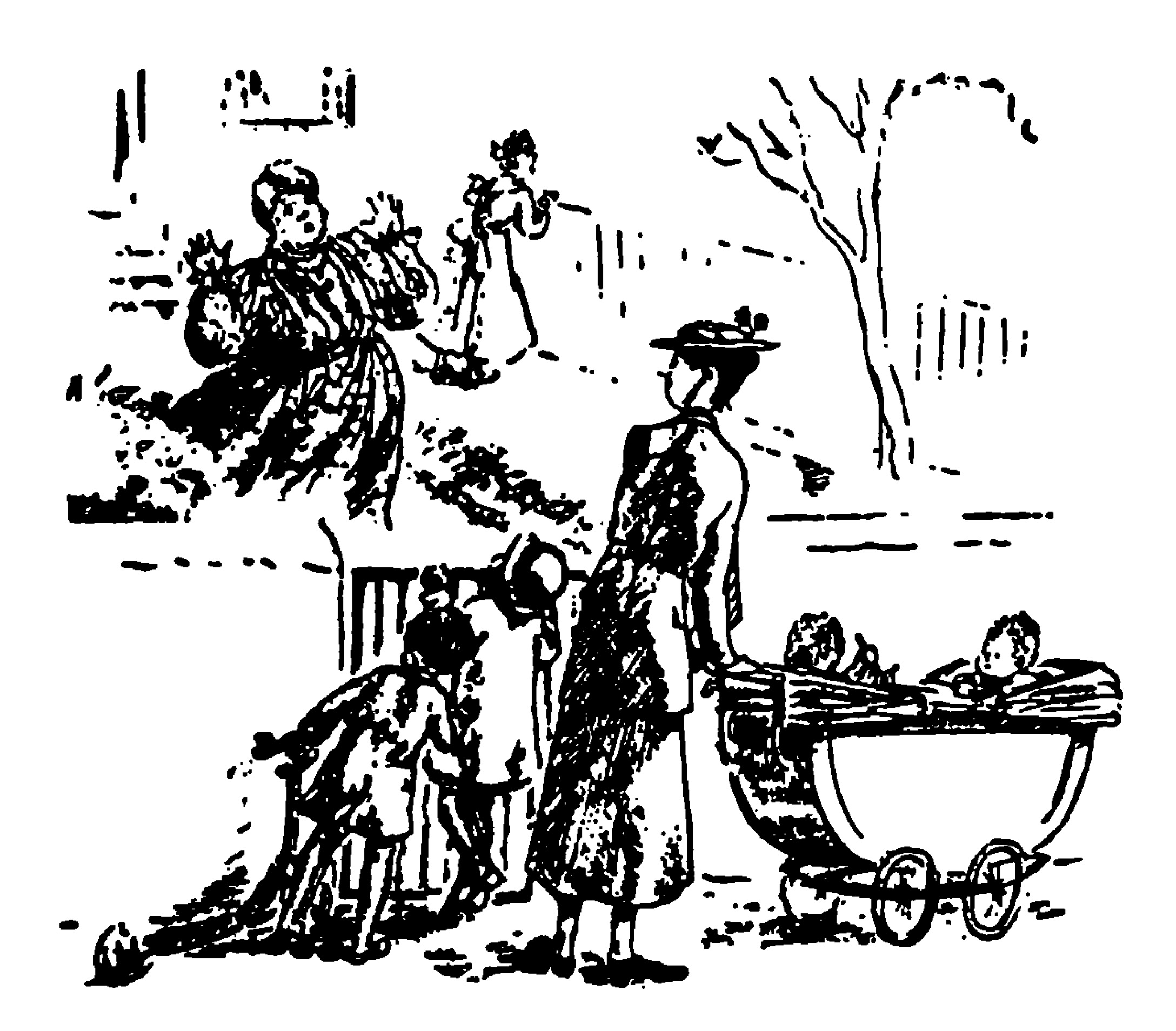 Mary Poppins
An extraordinary English nanny blows in on the East Wind with her parrot-headed umbrella and magic carpet bag and introduces her charges, Jane and Michael, to some delightful people and experiences. From the moment Mary Poppins arrives at Number Seventeen Cherry-Tree Lane, everyday life at the Banks house is forever changed. This classic series tells the story of the world's most beloved nanny, who brings enchantment and excitement with her everywhere she goes. Featuring the charming original art by Mary Shepard, these new editions are sure to delight readers of all ages. 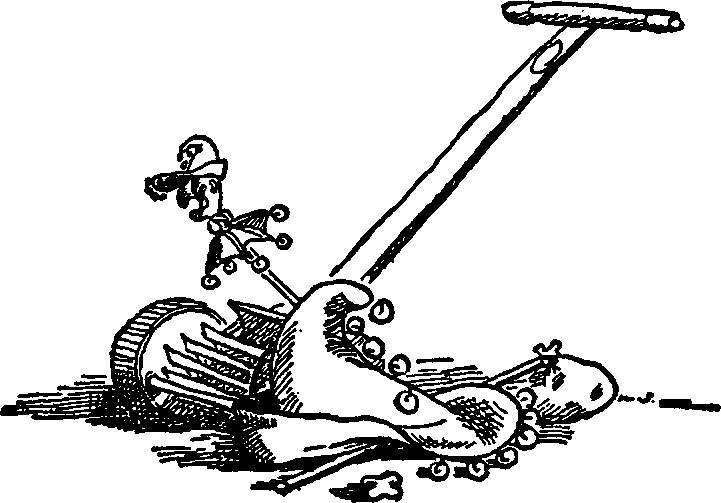 Mary Poppins Comes Back
Pulled down from the clouds at the end of a kite string, Mary Poppins is back. In Mary's care, the Banks children meet the King of the Castle and the Dirty Rascal, visit the upside-down world of Mr. Turvy and his bride, Miss Topsy, and spend a breathless afternoon above the park, dangling from a clutch of balloons. Surprises are sure to pop up when Mary Poppins is around! 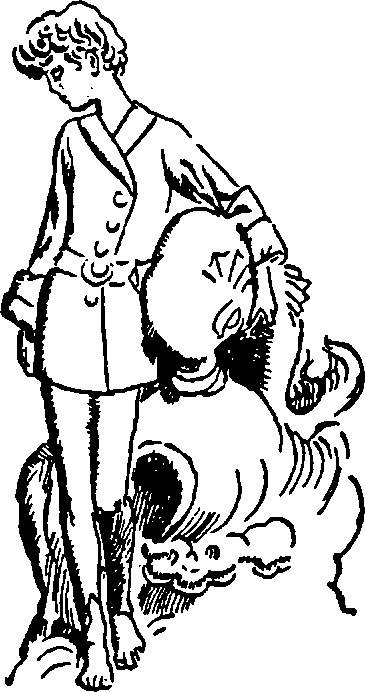 Mary Poppins Opens the Door
Mary Poppins reappears just in time! According to her tape measure, Jane and Michael have grown "Worse and Worse" since she went away. But the children won't have time to be naughty with all that Mary has planned for them. A visit to Mr. Twigley's music box-filled attic, an encounter with the Marble Boy, and a ride on Miss Calico's enchanted candy canes are all part of an average day out with everyone's favorite nanny 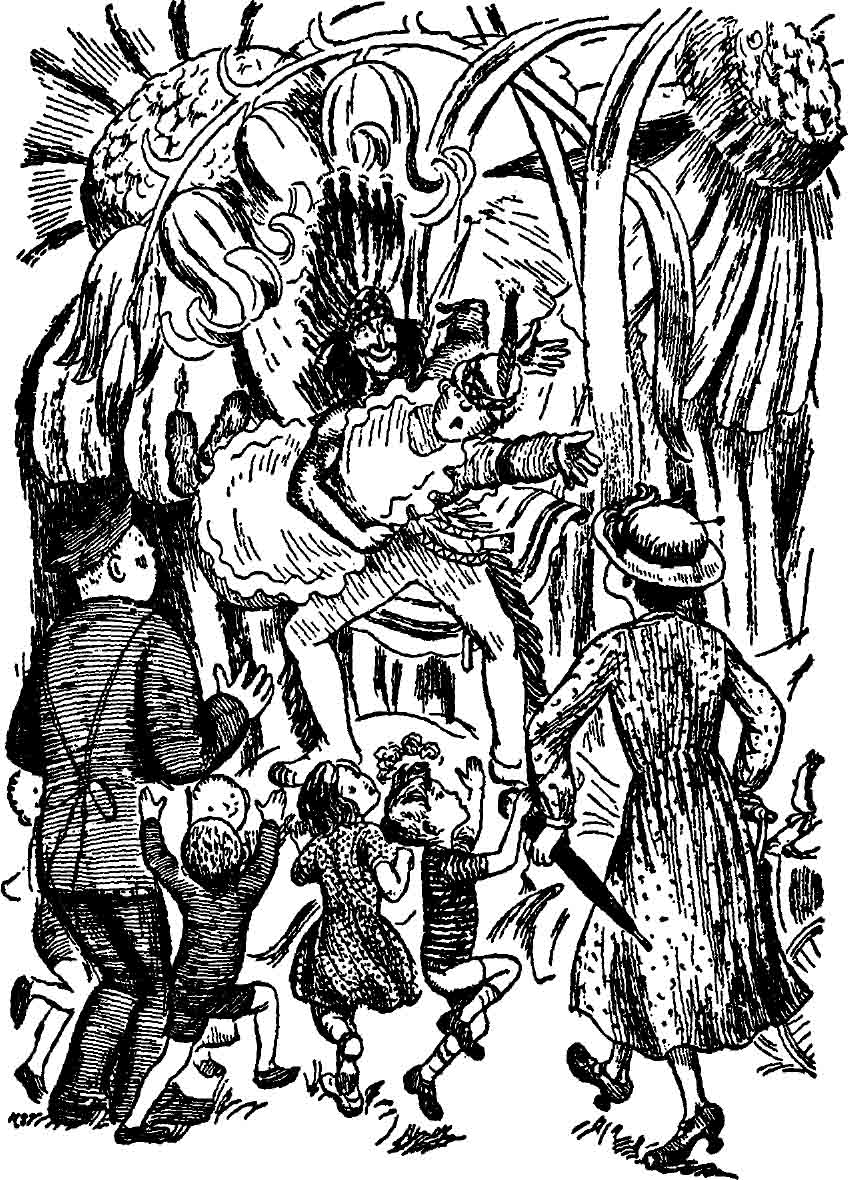 Mary Poppins in the Park

Mary Poppins in the Park
Only the incomparable Mary Poppins can lead the Banks children on one marvelous adventure after another. Together they meet the Goosegirl and the Swineherd, argue with talking cats on a distant planet, make the acquaintance of the folks who live under dandelions, and celebrate a birthday by dancing with their own shadows. And that's just for starters! 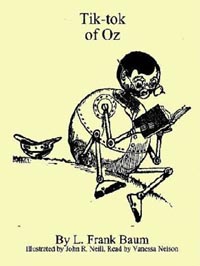 TikTok Of Oz
Introduces Ann Soforth, Queen of Oogaboo, whom Tik-Tok, the clockwork man, assists in conquering the Nome King. 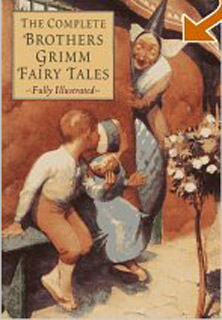 Grimms Fairy Tales
Presents recorded by the Brothers Grimm, many not available elsewhere. Includes such timeless favorites as Rapunzel, The Frog Prince etc. A delight for young and old alike. 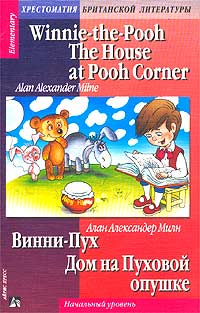 The House At Pooh Corner 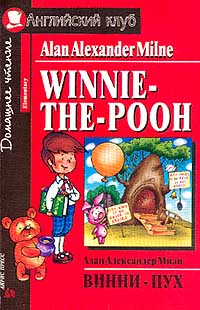 WinnieThePooh And All All All 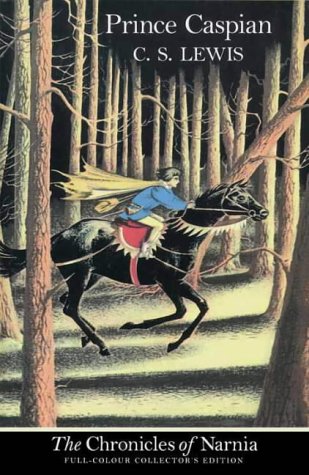 Prince Caspian
Troubled times have come to Narnia as it is gripped by civil war. Prince Caspian is forced to blow The Great Horn of Narnia, summoning the help of past heroes, Peter, Susan, Edmund, and Lucy. Now they must overthrow Caspian’s uncle, King Miraz, to restore peace to Narnia. English years: 1941 Narnian years: 2303 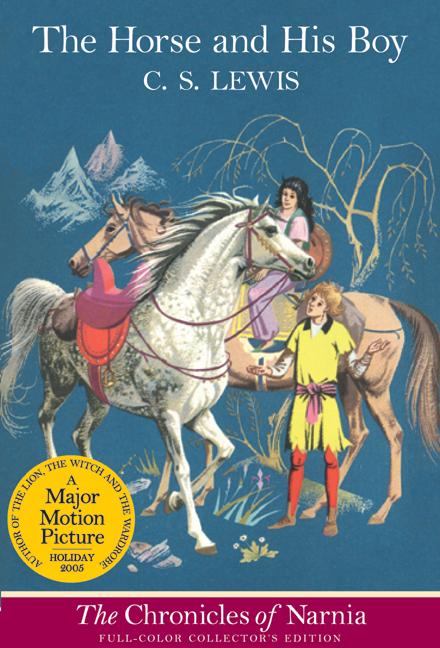 The Horse And His Boy

The Horse And His Boy
Shasta escapes from the land of Calormen with a Narnian warhorse, Bree. Along with Aravis and her horse Hwin, they uncover a Calormene plot to conquer Narnia and must find a way to save Narnia and its people. English years: 1940 Narnian years: 1014 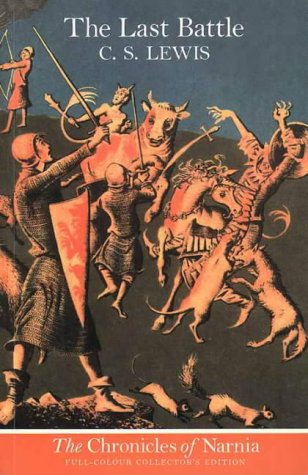 The Last Battle
A false Aslan is roaming Narnia, commanding everyone to work for the cruel Calormemes. Can Eustace and Jill find the true Aslan and restore peace to the land? The last battle is the greatest of all and the final struggle between good and evil. English years: 1949 Narnian years: 2555 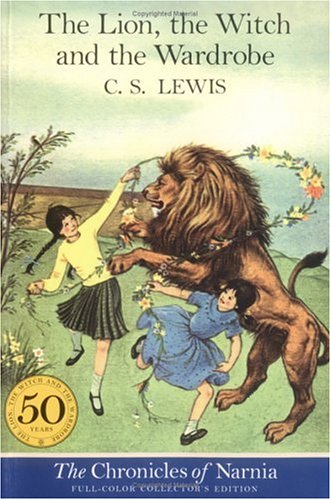 The Lion The Witch And The Wardrobe

The Lion The Witch And The Wardrobe
Peter, Susan, Edmund, and Lucy find their way through an old wardrobe into the world of Narnia. There, they unite with Aslan to fight the White Witch and save Narnia from perpetual Darkness. English years: 1940 Narnian years: 1000 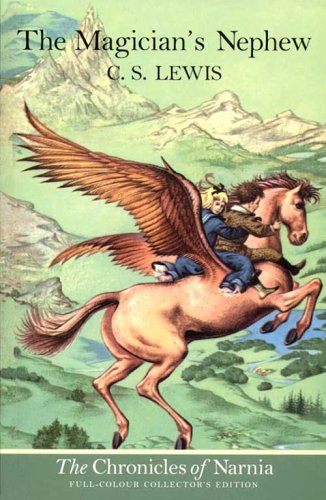 The Magician’S Nephew
Digory and Polly discover a secret passage that links their houses, and are tricked into vanishing out of this world and into the World of Charn, where they wake up the evil Queen Jadis. There, they witness the creation of the Land of Narnia, as it is sung into being by the Great Lion, Aslan. English years: 1900 Narnian years: 1 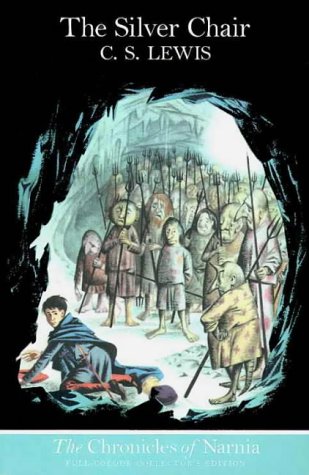 The Silver Chair
King Caspian’s beloved son Prince Rilian has disappeared. Aslan sends Eustace and his school friend Jill to Narnia on a quest to search for the young prince and defeat the evil Witch. English years: 1942 Narnian years: 2356 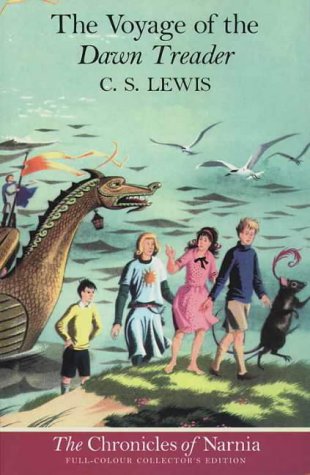 The Voyage Of The ‘Dawn Treader’

The Voyage Of The ‘Dawn Treader’
Lucy, Edmund, and their cousin Eustace, are magically transported onto the ship, Dawn Treader, where King Caspian is searching for the seven lost friends of his father. On the voyage, the children meet many fantastical creatures, including the great Aslan himself. English years: 1942 Narnian years: 2306