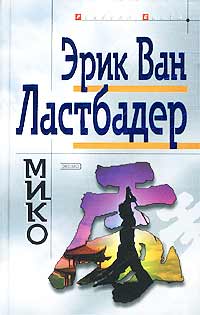 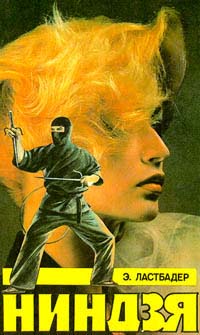 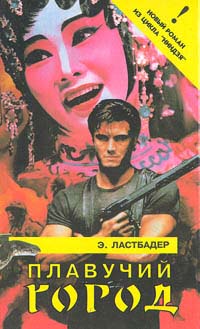 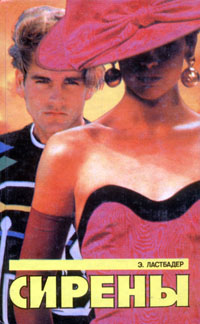 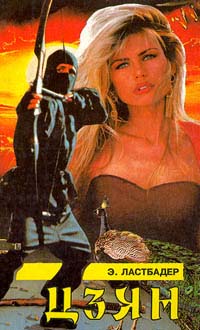 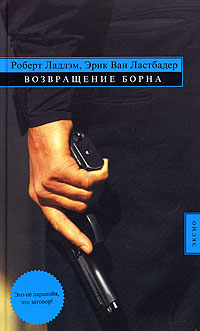 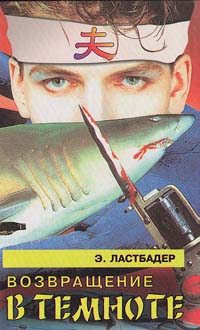 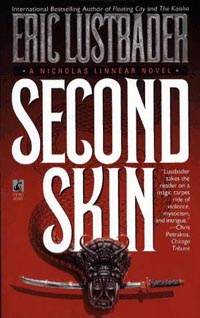 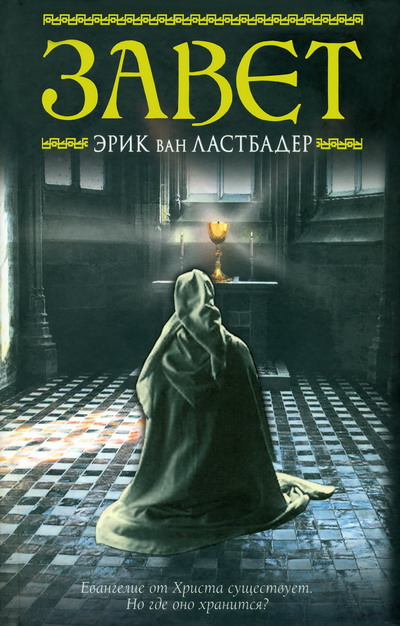 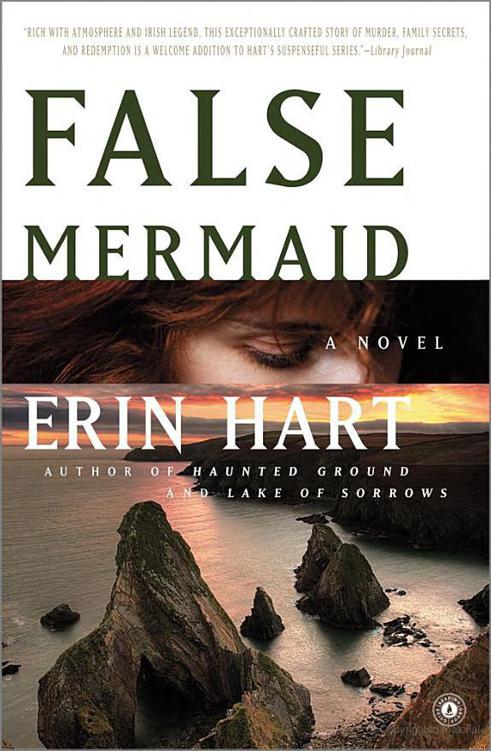 False Mermaid
AWARD-WINNING AUTHOR ERIN HART DELIVERS A SEARING NEW NOVEL OF SUSPENSE, BRILLIANTLY MELDING MODERN FORENSICS AND IRISH MYTH AND MYSTERY IN THIS CHARGED THRILLER. American pathologist Nora Gavin fled to Ireland three years ago, hoping that distance from home would bring her peace. Though she threw herself into the study of bog bodies and the mysteries of their circumstances, she was ultimately led back to the one mystery she was unable to solve: the murder of her sister, Tríona. Nora can’t move forward until she goes back—back to her home, to the scene of the crime, to the source of her nightmares and her deepest regrets. Determined to put her sister’s case to rest and anxious about her eleven-year-old niece, Elizabeth, Nora returns to Saint Paul, Minnesota, to find that her brother-in-law, Peter Hallett, is about to remarry and has plans to leave the country with his new bride. Nora has long suspected Hallett in Tríona’s murder, though there has never been any proof of his involvement, and now she believes that his new wife and Elizabeth may both be in danger. Time is short, and as Nora begins reinvestigating her sister’s death, missed clues and ever-more disturbing details come to light. What is the significance of the “false mermaid” seeds found on Tríona’s body? Why was her behavior so erratic in the days before her murder? Is there a link between Tríona’s death and that of another young woman? Nora’s search for answers takes her from the banks of the Mississippi to the cliffs of Ireland, where the eerie story of a fisherman’s wife who vanished more than a century ago offers up uncanny parallels. As painful secrets come to light, Nora is drawn deeper into a past that still threatens to engulf her and must determine how much she is prepared to sacrifice to put one tragedy to rest… and to make sure that history doesn’t repeat itself. 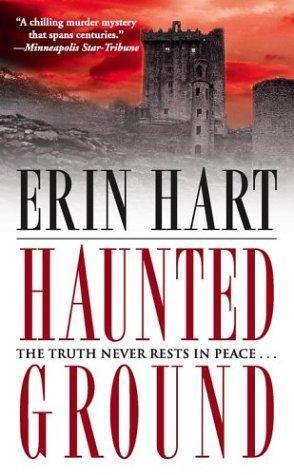 Haunted Ground
Haunted by mystery. Haunted by music. Haunted by murder…. A grisly discovery is made deep in an Irish peat bog—the perfectly preserved severed head of a red-haired young woman. Has she been buried for decades, centuries, or longer? Who is she and why was she killed? American pathologist Nora Gavin and archaeologist Cormac Maguire are called in to investigate, only to find that the girl’s violent death may have shocking ties to the present—including the disappearance of a local landowner’s wife and son. Aided by a homicide detective who refuses to let the missing be forgotten, Nora and Cormac slowly uncover a dark history of secrets, betrayal, and death in which the shocking revelations of the past may lead to murder in the future…. 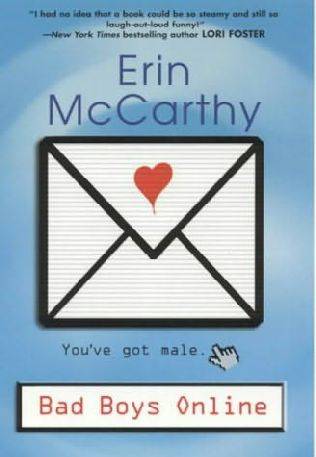 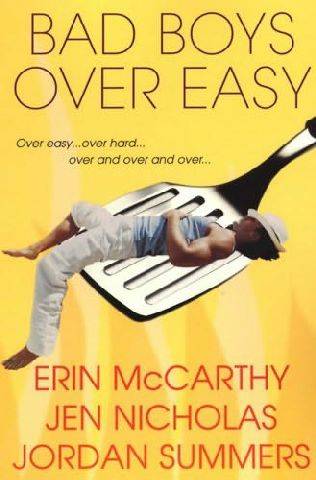 Fuzzy Logic
Bad boys are on the menu is this delightfully decadent trio of stories that includes Erin McCarthy's Fuzzy Logic, in which shopaholic Ashley Andrews discovers a new side to her scientist neighbor when her package containing romance-enhancing products is accidentally delivered to him. 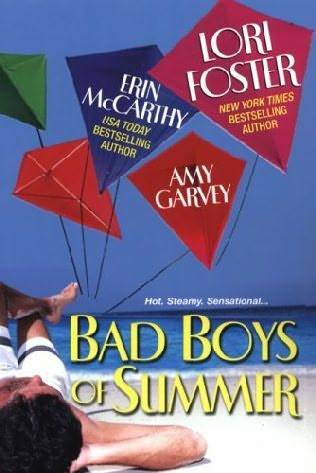 It’s About Time
County prosecutor Trish Jones has had it with smooth-talking, under-performing suits. And though she's never had a thing for big, brawny guys, one look at Caleb Vancouver's bulges makes her think she might have been missing out. One Harley ride later they're back at her place, and she realizes that she has been missing out… on quite a lot… 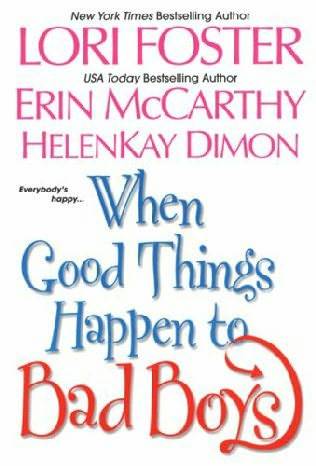 Lady of the Lake

Lady of the Lake
Pro baseball player Dylan Diaz is pretty sure he's going to hell. When you rescue a drowning woman from a lake your first thought should be, "Are you okay?" not, "Can I make mad, passionate love to you?" But the minute sputtering kindergarten teacher Violet Caruthers is on Dylan's boat, that's all he can think about. Maybe it's the potent combo of a nun's personality inside a stripper's body. Maybe it's the way she drives him crazy with desire and laughter. Or maybe, Dylan's finally found what's been missing in his life, and he's not about to let go… 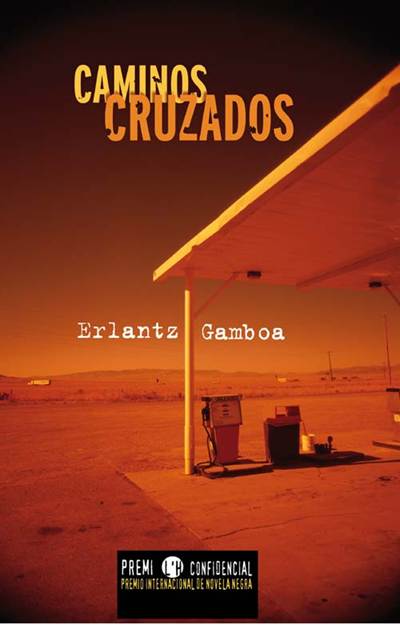 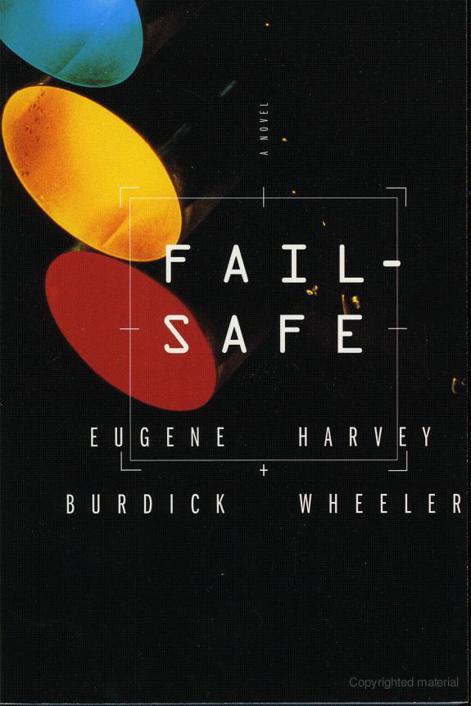 Fail-Safe
Something has gone wrong. A group of American bombers armed with nuclear weapons is streaking past the fail-safe point, beyond recall, and no one knows why. Their destination—Moscow. In a bomb shelter beneath the White House, the calm young president turns to his Russian translator and says, “I think we are ready to talk to Premier Kruschchev.” Not far away, in the War Room at the Pentagon, the secretary of defense and his aides watch with growing anxiety as the luminous blips crawl across a huge screen map. High over the Bering Strait in a large Vindicator bomber, a colonel stares in disbelief at the attack code number on his fail-safe box and wonders if it could possibly be a mistake. First published in 1962, when America was still reeling from the Cuban missile crisis, Fail-Safe reflects the apocalyptic attitude that pervaded society during the height of the Cold War, when disaster could have struck at any moment. As more countries develop nuclear capabilities and the potential for new enemies lurks on the horizon, Fail-Safe and its powerful issues continue to respond. 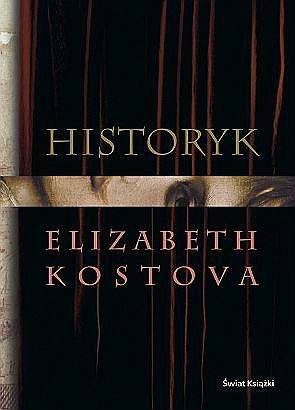 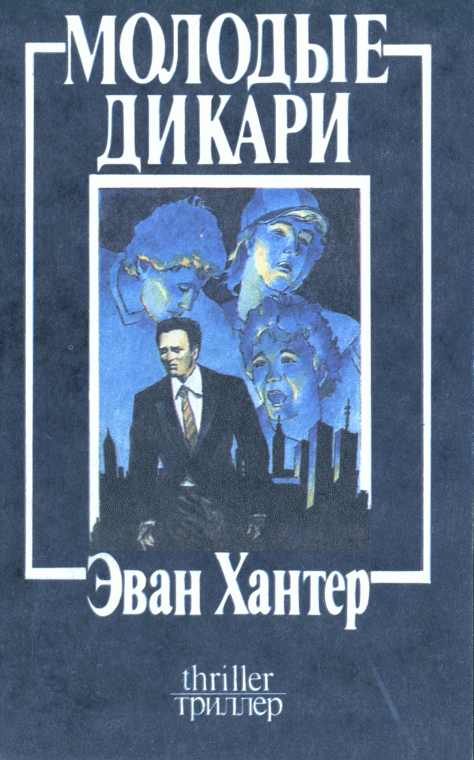 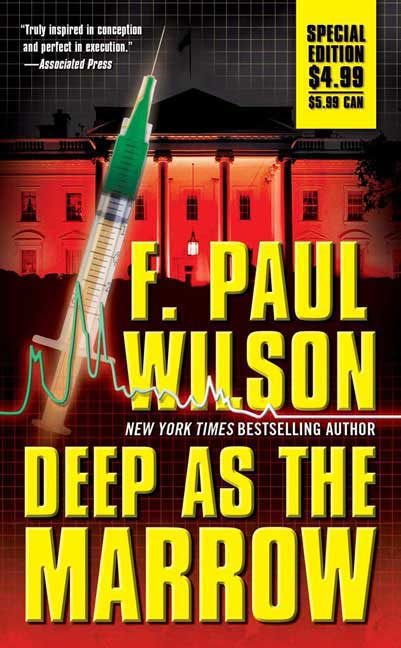 Deep as the Marrow 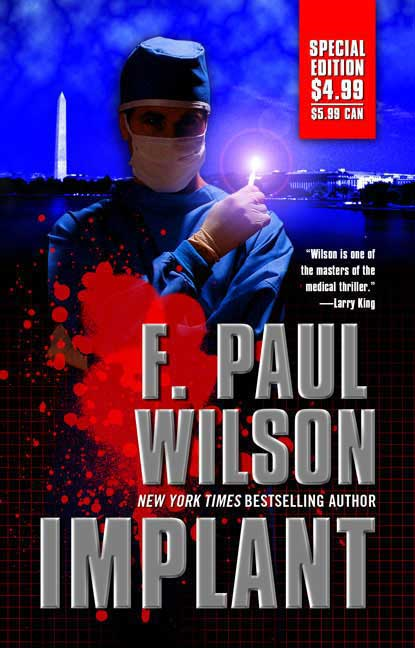 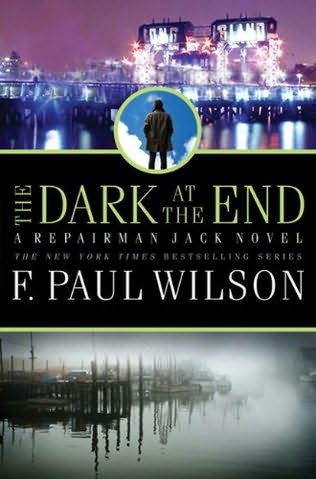 The Dark at the End 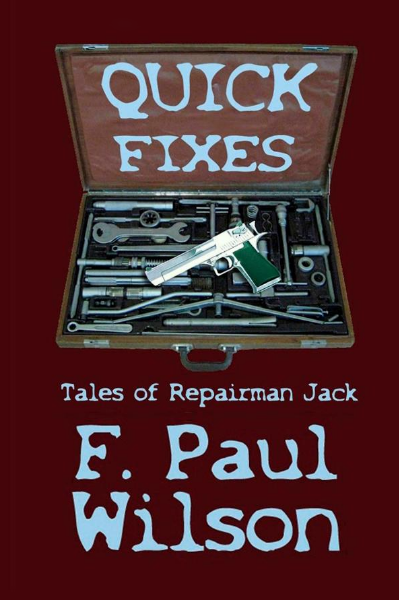 Quick Fixes: Tales of Repairman Jack
Finally! All the Repairman Jack short fiction - many hard to find, one nigh impossible - collected for the first time. QUICK FIXES includes: "A Day in the Life" "The Last Rakosh" "Home Repairs" "The Long Way Home" "The Wringer" "Interlude at Duane’s" "Do-Gooder" "Piney Power" plus author introductions to each story. 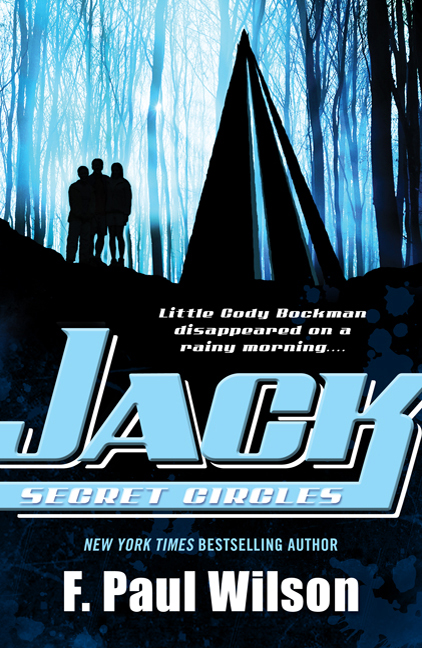 Secret Circles
When his five-year-old neighbor goes missing, Jack can’t help feeling responsible. He should have taken Cody home when he found him riding his bicycle near the Pine Barrens. Then a lost man wanders out of the woods after being chased all night by...something.  Jack knows, better than anyone, that the Barrens are dangerous—a true wilderness filled with people, creatures, and objects lost from sight and memory. Like the ancient, fifteen-foot-tall stone pyramid he, Weezy, and Eddie discover.  Jack thinks it might have been a cage of some sort, but for what kind of animal, he can’t say. Eddie jokes that it could have been used for the Jersey Devil. Jack doesn’t believe in that old folk tale, but something is roaming the Pines. Could it have Cody? And what about the strange circus that set up outside town? Could they be involved? So many possibilities, so little time... 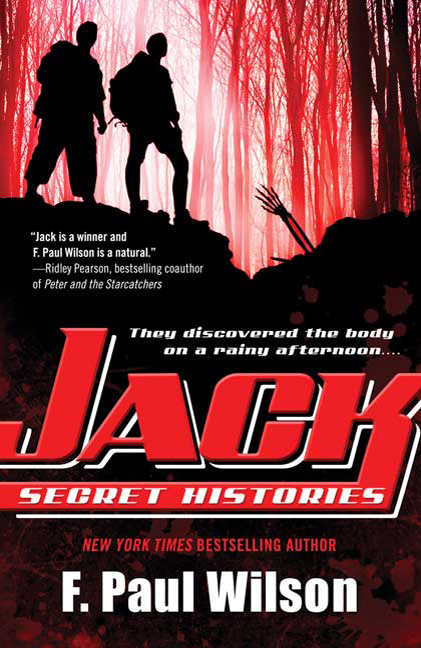 Secret Histories
Ever come across a situation that simply wasn’t right—where someone was getting the dirty end of the stick and you wished you could make things right but didn’t know how? Fourteen-year-old Jack knows how. Or rather he’s learning how. He’s discovering that he has a knack for fixing things. Not bikes or toys or appliances—situations….  It all starts when Jack and his best friends, Weezy and Eddie, discover a rotting corpse—the victim of ritual murder—in the fabled New Jersey Pine Barrens. Beside the body is an ancient artifact carved with strange designs. What is its secret? What is the secret of the corpse? What other mysteries hide in the dark, timeless Pine Barrens? And who doesn’t want them revealed?  Jack’s town, the surrounding Barrens, his friends, even Jack himself…they all have…Secret Histories.