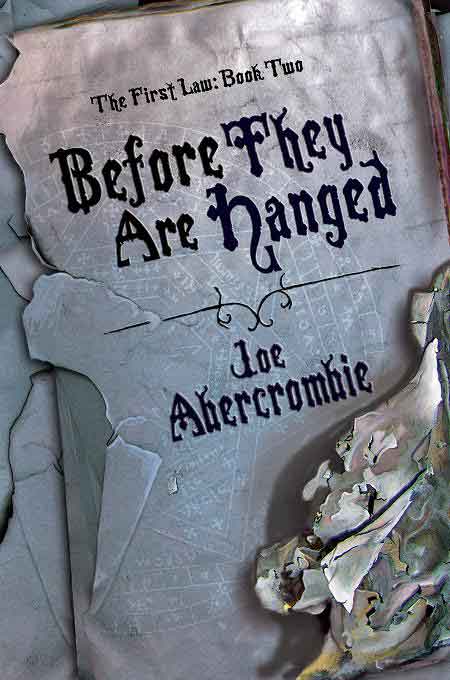 Before They Are Hanged

Before They Are Hanged
Before They Are Hanged “We should forgive our enemies, but not before they are hanged.” —Heinrich Heine Superior Glokta has a problem. How do you defend a city surrounded by enemies and riddled with traitors, when your allies can by no means be trusted, and your predecessor vanished without a trace? It’s enough to make a torturer want to run — if he could even walk without a stick. Northmen have spilled over the border of Angland and are spreading fire and death across the frozen country. Crown Prince Ladisla is poised to drive them back and win undying glory. There is only one problem — he commands the worst-armed, worst-trained, worst-led army in the world. And Bayaz, the First of the Magi, is leading a party of bold adventurers on a perilous mission through the ruins of the past. The most hated woman in the South, the most feared man in the North, and the most selfish boy in the Union make a strange alliance, but a deadly one. They might even stand a chance of saving mankind from the Eaters. If they didn’t hate each other quite so much. Ancient secrets will be uncovered. Bloody battles will be won and lost. Bitter enemies will be forgiven — but not before they are hanged. “Nobody writes grittier heroic fantasy that Joe Abercrombie, and the second book in his The First Law series just proves the point in spades… When Abercrombie’s characters ride for glory, you might as well be there with them, he does such a good job of putting the reader in the scene. Immediate, daring, and utterly entertaining, this second book provides evidence that Abercrombie is headed for superstar status.” —Jeff VanderMeer, Realms of Fantasy 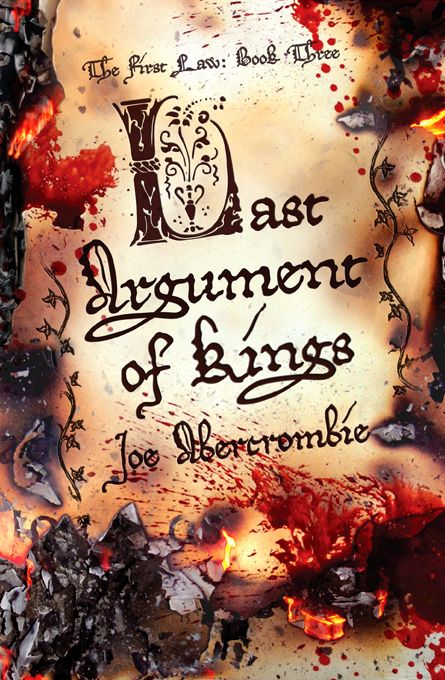 Last Argument of Kings
Last Argument of Kings “Last Argument of Kings.” —Inscribed on his cannons by Louis XIV The end is coming. Logen Ninefingers might only have one more fight in him — but it’s going to be a big one. Battle rages across the North, the King of the Northmen still stands firm, and there’s only one man who can stop him. His oldest friend, and his oldest enemy: it’s time for the Bloody-Nine to come home. With too many masters and too little time, Superior Glokta is fighting a different kind of war. A secret struggle in which no-one is safe, and no-one can be trusted. As his days with a sword are far behind him, it’s fortunate that he’s deadly with his remaining weapons: blackmail, threats, and torture. Jezal dan Luthar has decided that winning glory is too painful an undertaking, and turned his back on soldering for a simple life with the woman he loves. But love can be painful too — and glory has a nasty habit of creeping up on a man when he least expects it. The King of the Union lies on his deathbed, the peasants revolt, and the nobles scramble to steal his crown. No-one believes that the shadow of war is about to fall across the heart of the Union. Only the First of the Magi can save the world — but there are risks. There is no risk more terrible, than to break the First Law… “Abercrombie has written the finest epic fantasy trilogy in recent memory. He’s one writer no one should miss.” —Junot Diaz, Pulitzer prize-winning author of The Brief Wondrous Life of Oscar Wao 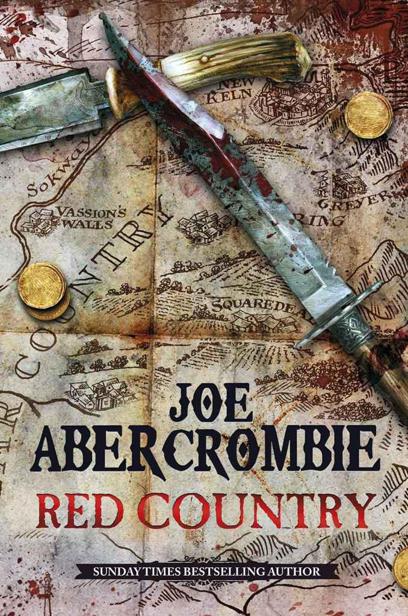 Red Country
They burned her home. They stole her brother and sister. But vengeance is following. Shy South hoped to bury her bloody past and ride away smiling, but she'll have to sharpen up some bad old ways to get her family back, and she's not a woman to flinch from what needs doing. She sets off in pursuit with only a pair of oxen and her cowardly old step father Lamb for company. But it turns out Lamb's buried a bloody past of his own. And out in the lawless Far Country the past never stays buried. Their journey will take them across the barren plains to a frontier town gripped by gold fever, through feud, duel and massacre, high into the unmapped mountains to a reckoning with the Ghosts. Even worse, it will force them into alliance with Nicomo Cosca, infamous soldier of fortune, and his feckless lawyer Temple, two men no one should ever have to trust… 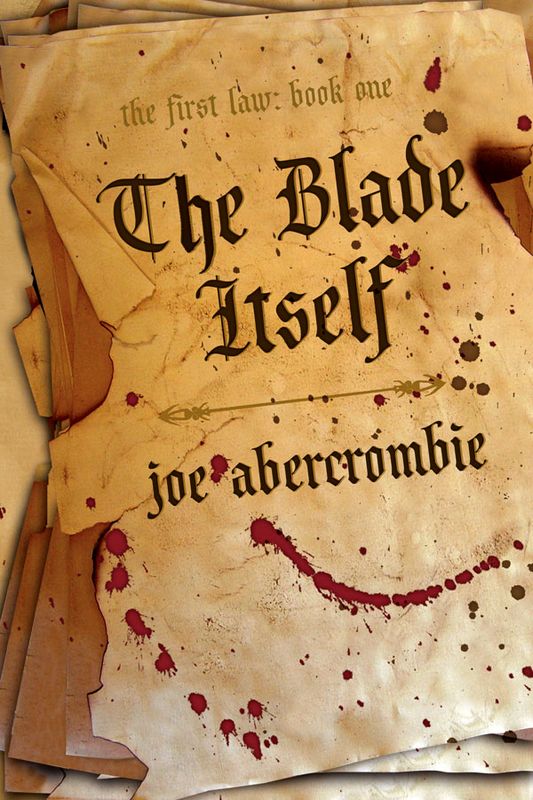 The Blade Itself
Logen Ninefingers, infamous barbarian, has finally run out of luck. Caught up in one feud too many, he’s on the verge of becoming a dead barbarian, leaving nothing behind but some bad songs, a few dead friends, and a lot of happy enemies. Nobleman, dashing officer, and paragon of selfishness, Captain Jezal dan Luthar has nothing more dangerous in mind than fleecing his friends as cards and dreaming of glory in the fencing circle. But war is brewing, and on the battlefields of the frozen North they fight by altogether bloodier rules. Inquisitor Glokta, cripple turned torturer, would like nothing better than to see Jezal come home in a jar. But then Glokta hates everyone: cutting treason out of the Union one confession at a time leaves little room for friendships. His latest trail of corpses may lead him right to the rotten heart of government… if he can stay alive long enough to follow it. Murderous conspiracies rise to the surface, old scores are ready to be settled, and the line between hero and villain is sharp enough to draw blood. Unpredictable, compelling, wickedly funny, and packed with unforgettable characters, The Blade Itself is fantasy with a real cutting edge.