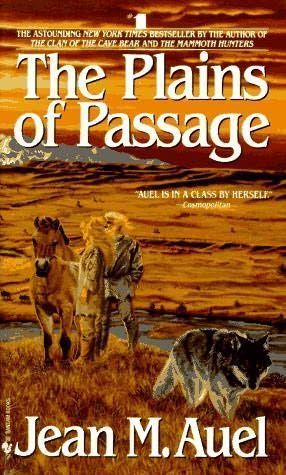 THE PLAINS OF PASSAGE

THE PLAINS OF PASSAGE
‹p›The long-awaited fourth installment of the Earth's Children series is as warm and inviting as its campfire milieu. sure fire bestseller. Auel again describes her characters' travails, a passionate interest of millions of readers, in impeccably researched detail. The continuous recitation of flora and fauna, coupled with flashbacks to events in the previous books, becomes somewhat tiresome, however. (Would that our "memory" were as instinctual as that of the Clan.) The saga continues the cross-continental journey of Ayla, her mate Jondalar and their menagerie to his homeland. En route, they encounter a variety of problems, yet manage to find panaceas for each. Their enlightened compilation of skills, inventions, therapies and recipes transforms the voyagers into spirit-like personas providing The Others with constant awe. A brief encounter with the Neanderthal Clan rekindles the unique charm of the first (and strongest) book. Such locutions as "out of the cooking skin into the coals" or "Mother's path of milk" for the Milky Way are coyly anachronistic. Nonetheless, this volume is as welcome as letters from a long-lost friend. A novel 1.25 million first printing; major ad/promo; first serial to Ladies' Home Journal; BOMC main selection; author tour. Copyright 1990 Reed Business Information, Inc. ‹/p› 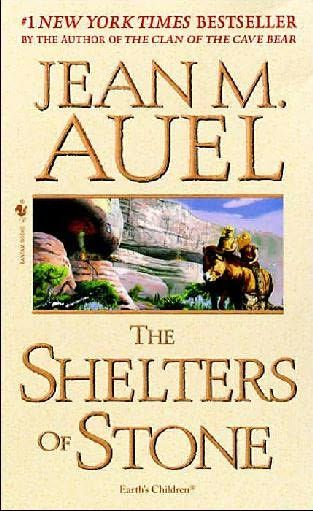 THE SHELTERS OF STONE

THE SHELTERS OF STONE
Jean Auel's fifth novel about Ayla, the Cro-Magnon cavewoman raised by Neanderthals, is the biggest comeback bestseller in Amazon.com history. In The Shelters of Stone, Ayla meets the Zelandonii tribe of Jondalar, the Cro-Magnon hunk she rescued from Baby, her pet lion. Ayla is pregnant. How will Jondalar's mom react? Or his bitchy jilted fiancée? Ayla wows her future in-laws by striking fire from flint and taming a wild wolf. But most regard her Neanderthal adoptive Clan as subhuman "flatheads." Clan larynxes can't quite manage language, and Ayla must convince the Zelandonii that Clan sign language isn't just arm-flapping. Zelandonii and Clan are skirmishing, and those who interbreed are deemed "abominations." What would Jondalar's tribe think if they knew Ayla had to abandon her half-breed son in Clan country? The plot is slow to unfold, because Auel's first goal is to pack the tale with period Pleistocene detail, provocative speculation, and bits of romance, sex, tribal politics, soap opera, and homicidal wooly rhino-hunting adventure. It's an enveloping fact-based fantasy, a genre-crossing time trip to the Ice Age. 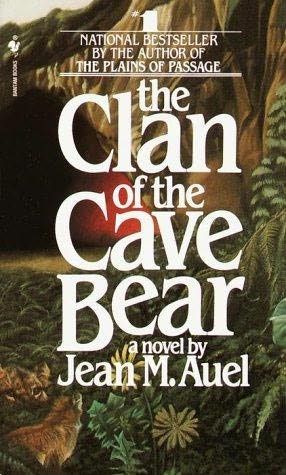 The Clan of the Cave Bear

The Clan of the Cave Bear
When her parents are killed by an earthquake, 5-year-old Ayla wanders through the forest completely alone. Cold, hungry, and badly injured by a cave lion, the little girl is as good as gone until she is discovered by a group who call themselves the Clan of the Cave Bear. This clan, left homeless by the same disaster, have little interest in the helpless girl who comes from the tribe they refer to as the "Others." Only their medicine woman sees in Ayla a fellow human, worthy of care. She painstakingly nurses her back to health-a decision that will forever alter the physical and emotional structure of the clan. Although this story takes place roughly 35,000 years ago, its cast of characters could easily slide into any modern tale. The members of the Neanderthal clan, ruled by traditions and taboos, find themselves challenged by this outsider, who represents the physically modern Cro-Magnons. And as Ayla begins to grow and mature, her natural tendencies emerge, putting her in the middle of a brutal and dangerous power struggle.Although Jean Auel obviously takes certain liberties with the actions and motivations of all our ancestors, her extensive research into the Ice Age does shine through-especially in the detailed knowledge of plants and natural remedies used by the medicine woman and passed down to Ayla. Mostly, though, this first in the series of four is a wonderful story of survival. Ayla's personal evolution is a compelling and relevant tale. -Sara Nickerson -This text refers to an out of print or unavailable edition of this title. 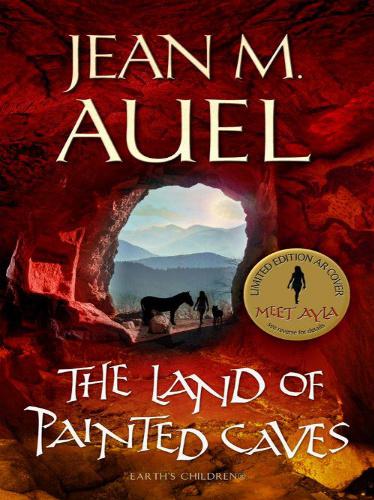 The Land of Painted Caves

The Land of Painted Caves
Thirty thousand years in the making and 31 years in the writing, Auel's overlong and underplotted sixth and final volume in the Earth's Children series (The Clan of the Cave Bear; etc.) finds Cro-Magnon Ayla; her mate, Jondalar; and their infant daughter, Jonayla, settling in with the clan of the Ninth Cave of the Zelandonaii. Animal whisperer and medicine woman Ayla is an acolyte in training to become a full-fledged Zelandoni (shaman) of the clan, but all is not rosy in this Ice Age setting; there are wild animals to face and earthquakes to survive, as well as a hunter named Balderan, who has targeted Ayla for death, and a potential cave-wrecker named Marona. While gazing on an elaborate cave painting (presumably, the Lascaux caverns in France), Ayla has an epiphany and invents the concept of art appreciation, and after she overdoses on a hallucinogenic root, Ayla and Jondalar come to understand how much they mean to one another, thus giving birth to another concept — monogamy. Otherwise, not much of dramatic interest happens, and Ayla, for all her superwomanish ways, remains unfortunately flat. Nevertheless, readers who enjoyed the previous volumes will relish the opportunity to re-enter pre-history one last time. 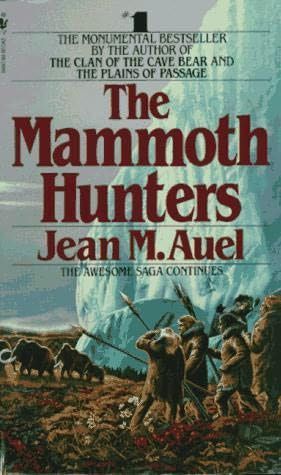 The Mammoth Hunters
The authenticity of background detail, the lilting prose rhythms and the appealing conceptual audacity that won many fans for The Clan of the Cave Bear and The Valley of the Horses continue to work their spell in this third installment of Auel's projected six-volume Earth's Children saga set in Ice Age Europe. The heroine, 18-year-old Ayla, cursed and pronounced dead by the "flathead" clan that reared her, now takes her chances with the mammoth-hunting Mamutoi, attended by her faithful lover, Jondalar. Gradually overcoming the prejudice aroused by her flathead connection, Ayla wins acceptance into the new clan through her powers as a healer, her shamanistic potential, her skill with spear and slingshot and her way with animals (she rides a horse, domesticates a wolf cub, both "firsts," it would seem, and even rides a lion). She also wins the heart of a bone-carving artist of "sparkling wit" (not much in evidence), which forces her to make a painful choice between the curiously complaisant Jondalar, her first instructor in love's delights, and this more charismatic fellow. The story is lyric rather than dramatic, and Ayla and her lovers are projections of a romantic rather than a historical imagination, but readers caught up in the charm of Auel's story probably won't care. 750,000 first printing; $300,000 ad/promo; paperback rights to Bantam; Literary Guild and Doubleday Book Club dual main selections; author tour. 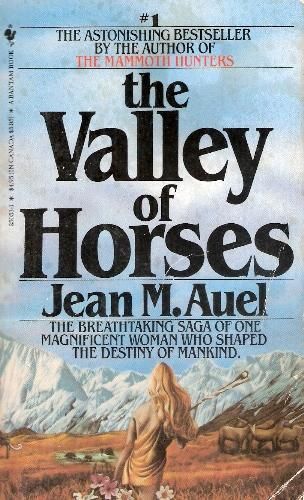 The Valley Of Horses

The Valley Of Horses
In this second novel of the Earth's Children saga, Ayla, the unforgettable heroine of THE CLAN OF THE CAVE BEAR, sets out solo into a world far from friendly.She is in search of others like herself…and in search of love.Driven by energies she scarcely understands, she explores where the clan never dared to travel.In a hidden valley, she finds not only a herd of steppe horses, but also a unique kinship with animals as vulnerable as herself.Still, nothing prepares her for the emotional turmoil she feels when she rescues a young man, Jondalar – the first of the Others she has seen – from almost certain death.