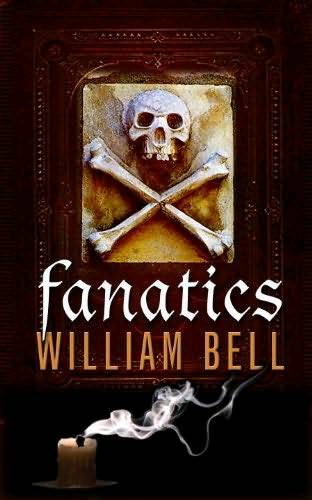 A sequel to the very popular Stones, Fanatics is a thrilling story in which the past and present collide in terrifying, riveting ways.

Garnet Havelock has just finished his apprenticeship in furniture-making, and has found a workshop for his new business in an old coach house on the isolated estate of recently deceased Professor Eduardo Corbizzi. Garnet signs a contract with the late professor's long-time companion, the eccentric and inscrutable Mrs. Valentina Stoppini, who presides over the mansion and is its only occupant. The terms of the deal are excellent, but there's a catch: Garnet has to repair the library's fire damage and keep all details about the estate confidential. Only after he agrees does Mrs. Stoppini inform him that the professor died of a seizure in the library under mysterious circumstances involving "an accident" and "a small fire." It isn't long before a distressing collision of past and present drags Garnet towards a horrifying truth he could never have imagined.