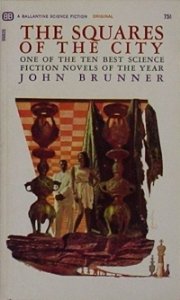 The Squares of the City

The Squares of the City
It is a sociological story of urban class warfare and political intrigue, taking place in the fictional South American capital city of Vados. It explores the idea of subliminal messages as political tools, and it is notable for having the structure of the famous 1892 chess game between Wilhelm Steinitz and Mikhail Chigorin. The structure is not coincidental, and plays an important part in the story. Nominated for Hugo Award for Best Novel in 1966. 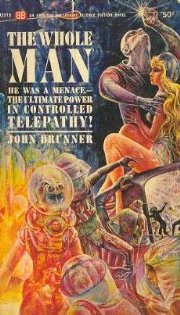 The Whole Man
Gerald Howson was born with a crippled body — but an immensely powerful telepathic mind that could heal the mentally traumatized — or send him into a world of his own creation. Published in UK as Telepathist. Portions of this novel are based on material previously published in substantially different form: City of the Tiger, 1958, Science Fantasy and Fantastic Universe magazines; The Whole Man, 1959, Science Fantasy magazine; Curative Telepath, 1959, Fantastic Universe magazine. Nominated for Hugo Award for Best Novel in 1965.